¡Aye dios mio! El Chapo being back in jail after his great escape obviously sucks for a lot of reasons but now that I’ve seen his 26-year-old wife Emma Coronel, I completely get why he’d go to such crazy lengths to get out of prison. Tattoo some blueprints all over my body and let me lose a toe like Wentworth Miller in Prison Break if it means getting to freedom and unlimited access to the greatest amusement park in Mexico: 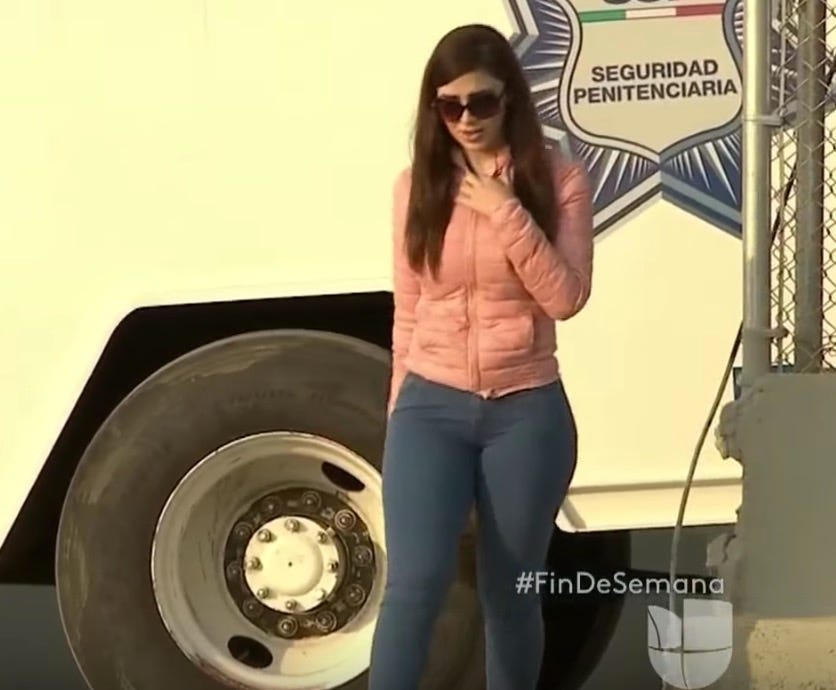 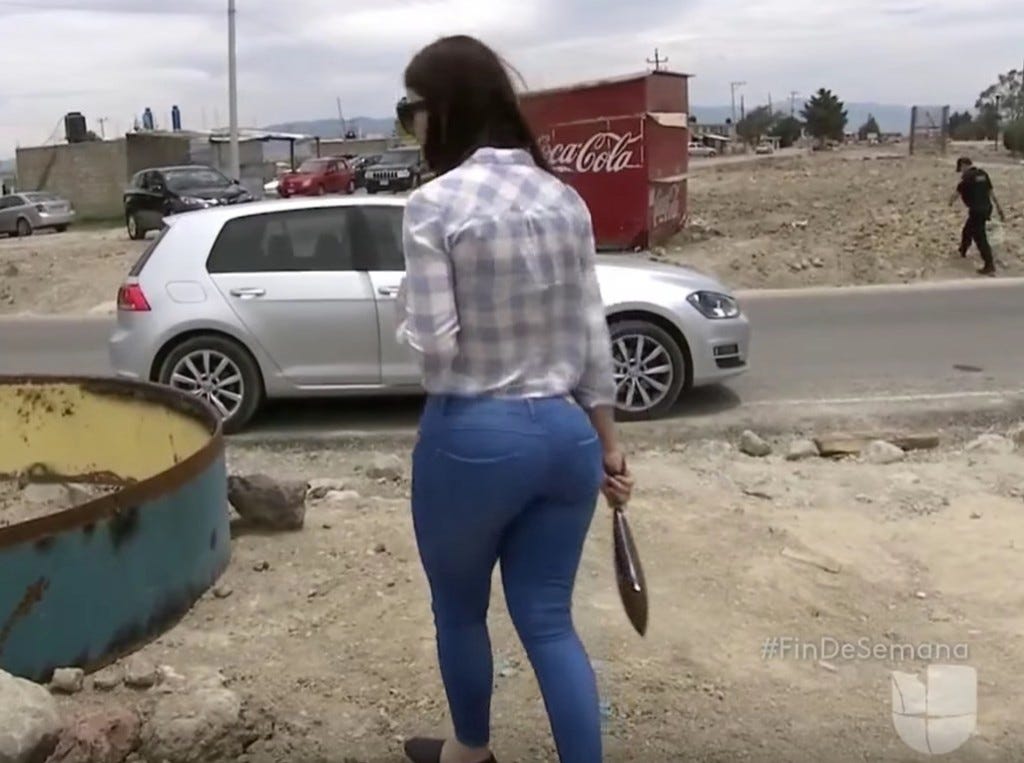 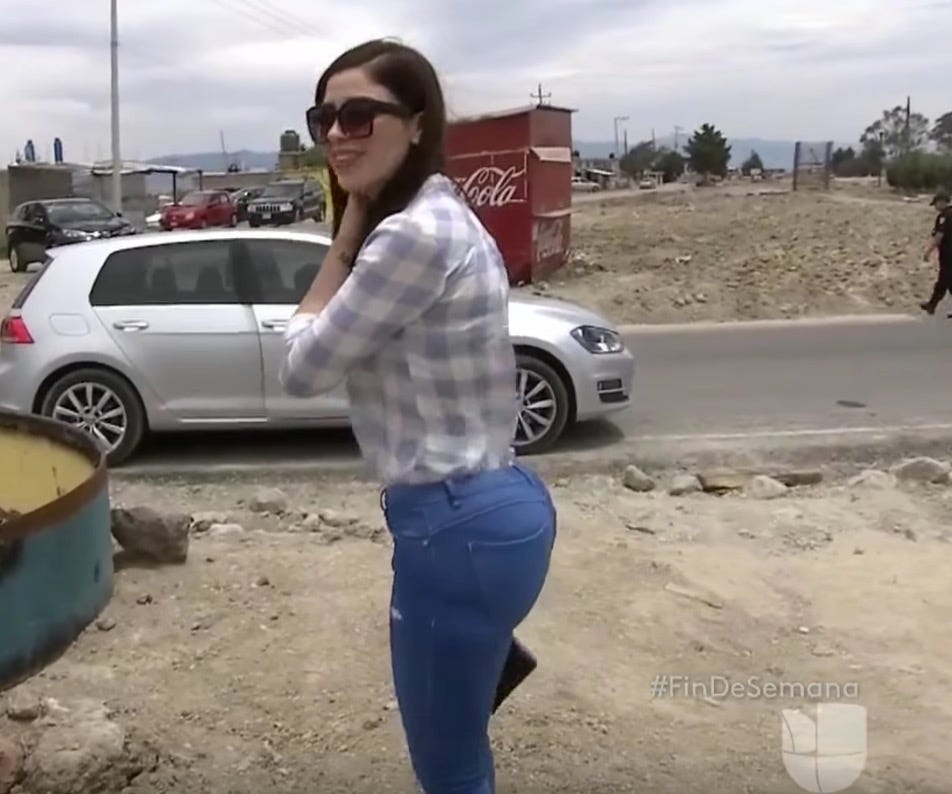 The drop on the ride is steep but the landing is pillowy soft. But overall I guess it’s sort of nice to see a drug kingpin who’s really living like a drug kingpin. No hefty wife back home with two kids whose best quality is that she makes a mean plate of enchiladas, no he’s going with the youngest and prettiest chick with the biggest ass possible. That’s what I want out of my drug lords. The biggest prison escapes, the most dramatic drug related murders, and a young wifey who’s somewhere between Miss Mexico and Michelle Pfeiffer in Scarface. That’s the dream (other than the never getting out of a maximum security jail part, that seems less than ideal).

Also I’m definitely not complaining but how many times did the cameraman seemingly have her walk back and forth so they could get good shots of her ass? I’ve never seen someone walk in and out of frame as many times in such a short segment: