Is it possible for a 22 year old to already be the worst #1 overall pick in NBA history? The guy is barely old enough to wipe his own ass, should we give him the benefit of the doubt? For his sake I hope so. Nobody should flame out of the league as fast as this kid has. Maybe that’s why you don’t take a Canadian first overall? Or possibly why the guy you pick shouldn’t sweat gravy at the free throw line? In Cleveland’s defense, 1) they get the first pick in every draft so it doesn’t kill them to take a flier on a guy like Bennett, and 2) it was a pretty bad draft class to begin with. 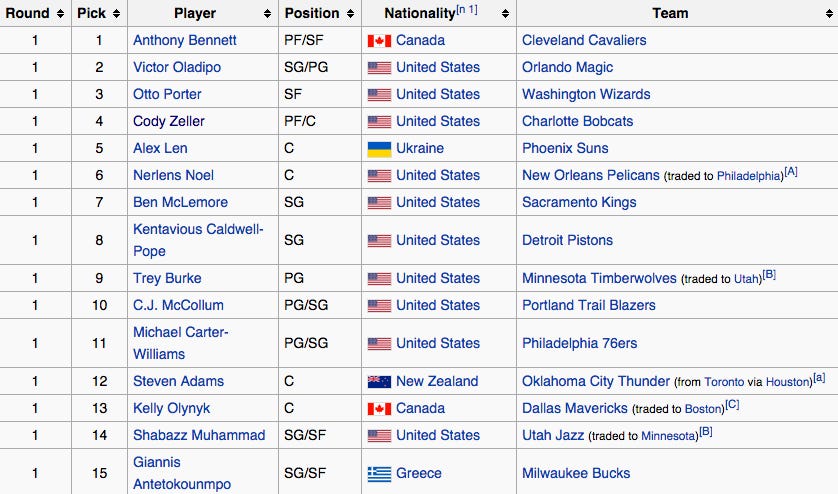 PS: This video of his first 12 games is depressing. Uberly depressing.

Will he be considered the worst #1 pick ever? It’s early, but he’s on pace. Even Olowokandi stuck around the league for 10 years and had a season where he averaged 12/9. Kwame Brown played for 13 seasons and was awful in every single one of them. He would love nothing more than Anthony Bennett to take the throne.