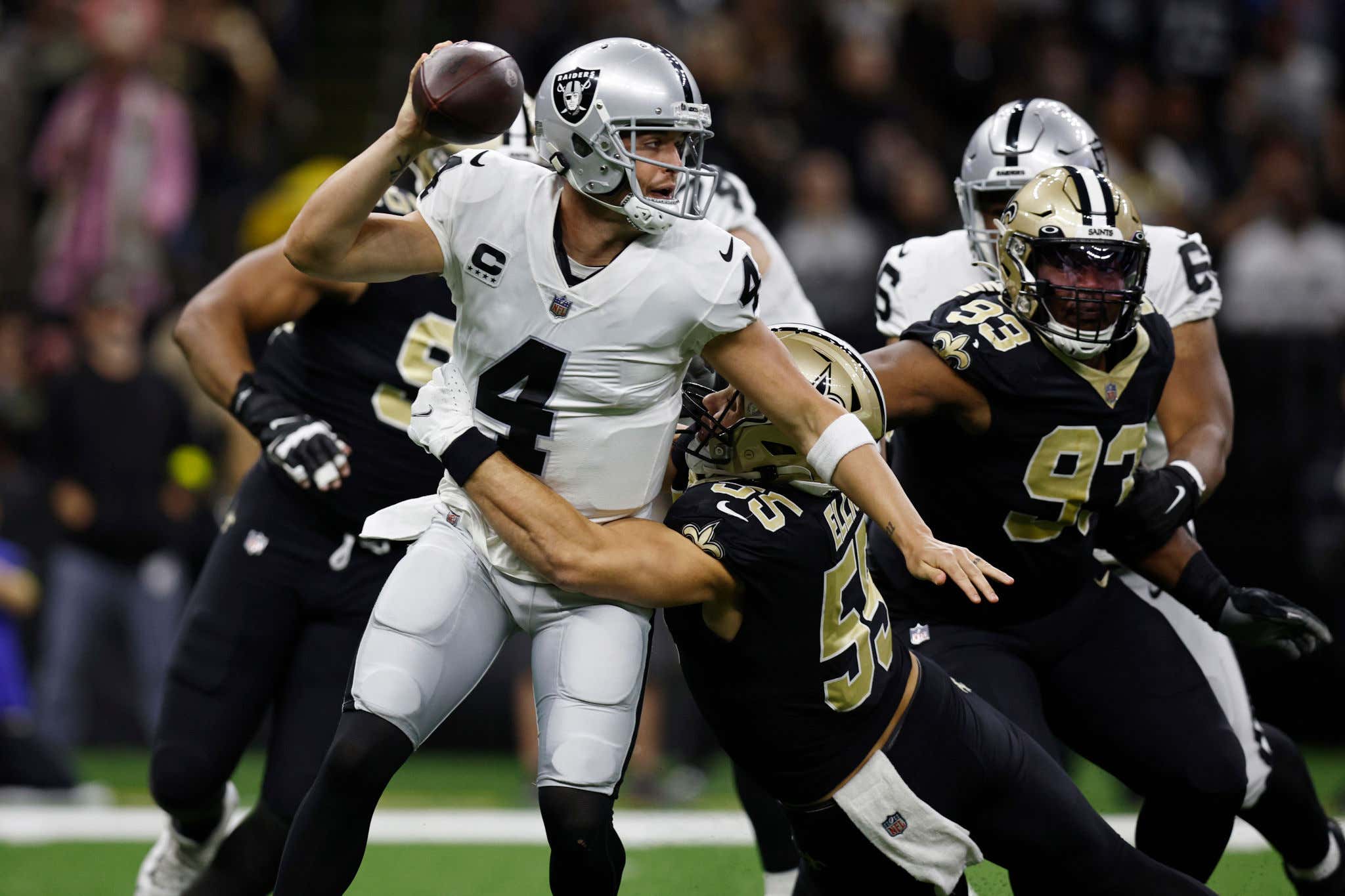 Ah the classic lose-lose trade, fun for everyone looking on from the outside, but a nightmare for those involved.

Removing Davante Adams from the equation has badly hurt the Green Bay Packers' once prolific offense. That much we could've predicted, albeit maybe not to this extent. Well, how about the other side of the coin in Vegas? Surely by adding the best receiver in football they'd boast one of the best offenses in the game, right?

Reality is a bitch, ain't it? The Raiders were just shutout by one of the worst statistical defenses in football and promptly dropped to a last place record of 2-5. Derek Carr went 15/26 for 101 yards 0 TDs and a pick today against a Saints' unit that ranked 31st in scoring defense. Davante Adams? ONE catch for 3 yards. That's his lowest output since 2016!

It's genuinely illogical to have a guy of his talent involved that little in your offensive game plan. After watching Davante every week since his debut in 2014, there is no scenario where Adams should be only hauling in one catch and just five targets. I suppose if the running game was working so well and there was no need to get him the ball that's one thing, but that certainly wasn't the case.

It's absolutely perplexing how you could misuse a guy of Adams' talent like this. Impressive Saints rookie CB Alontae Taylor was on him all game and played very well, but a rookie shouldn't be almost pitching a shutout against DAVANTE ADAMS. Those are the kind of guys he would cook in his time in Green Bay.

So who do you blame? Carr for being overrated or McDaniels for not knowing what he's doing as a head coach? I'd comfortably say both here.

Turns out for Adams' sake, playing with Carr just ain't the same dance as with Rodgers.

Rodgers has been off his game this year, but he's certainly not at a Derek Carr level of incompetence. I know there was the uncertainty of how long 12 was going to stick around when it came to Davante deciding his future, but my god did he overlook the fact that Derek Carr is his guy right now and for the foreseeable future.

Ready and willing to redo that trade at a moment's notice, just say the word Mark Davis.

P.S. For some reason the Raiders were the most bet team across the board today. Sorry to all those who fell for the cheese.