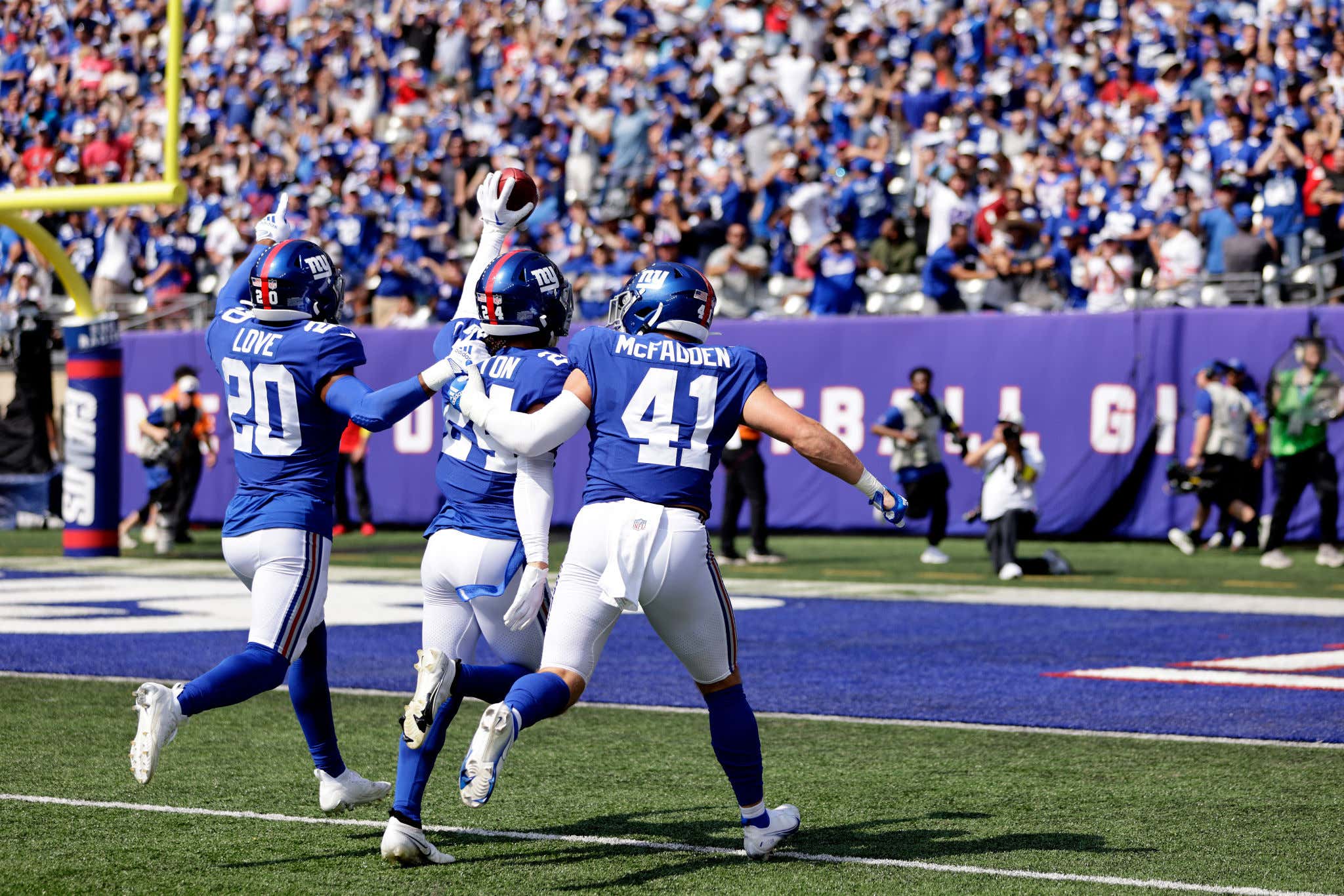 Goddamn that title felt good to right as the New York Giants ensured that they will enter October above .500, which is the month where Big Blue fans usually start scouting next year's draft. I apologize for the late recap blog but I went to the game yesterday, watched/recorded the House of the Dragon podcast as soon as I got home thanks to the worst postgame traffic I've ever experienced in my life (I'm officially moving on from Google Maps as my GPS after yesterday's debacle), and my kids owned my soul during the morning.

However the New York Football Giants are in first place and that needs to be talked about more. Sure it was somehow uglier than Week 1, which was somewhere between a rock fight and a slop fight. But I'll take an ugly win over a beautiful loss every single time, let alone after the last 5 years of utter shit. So let's get excited about a 2-0 team that will likely be favored in its next two games that just so happen to be at home.

- The biggest story of the day wasn't that the Giants started 2-0 by beating another meh team. It's that they broke the Manningcast Curse!

There's a chance the Manningcast Curse only strikes down the other 31 NFL teams but the Giants are impervious to it, like clown fish living in an anemone. Yeah I'm talking about fucking anemones in a Giants recap blog. Here is a video about the symbiotic relationship between clown fish and anemones.

You aren't getting this type of NFL coverage anywhere else on the internet!

- I'm not sure how it came across on TV but the Giants fans were as loud as they have been in years at the stadium and seemed to actually impact the game.

Safe to say Wink's message got across!

- The defense has looked pretty damn good so far and that's without both of its best pass rushers all season along with its CB2 yesterday. Something tells me it could look scary when two freakshows with awesome names return and this guy calling the shots. 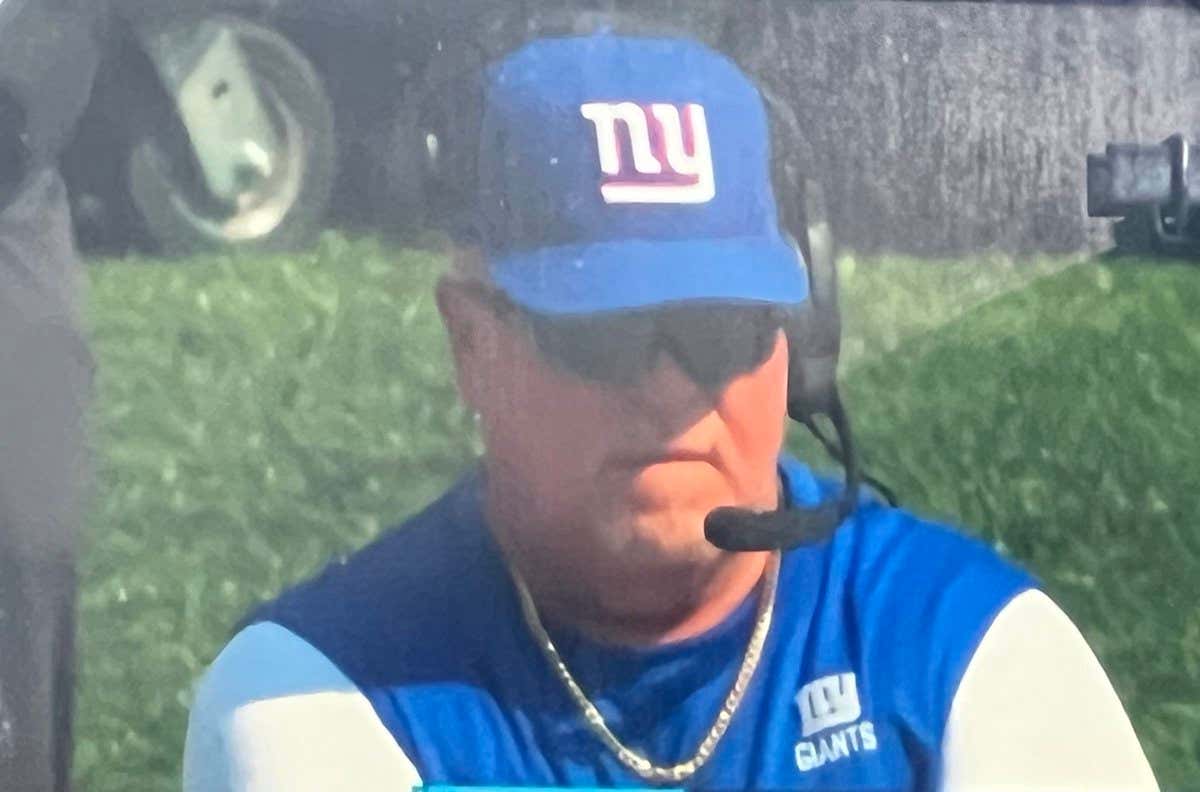 Imagine thinking that guy would get outcoached by this guy. 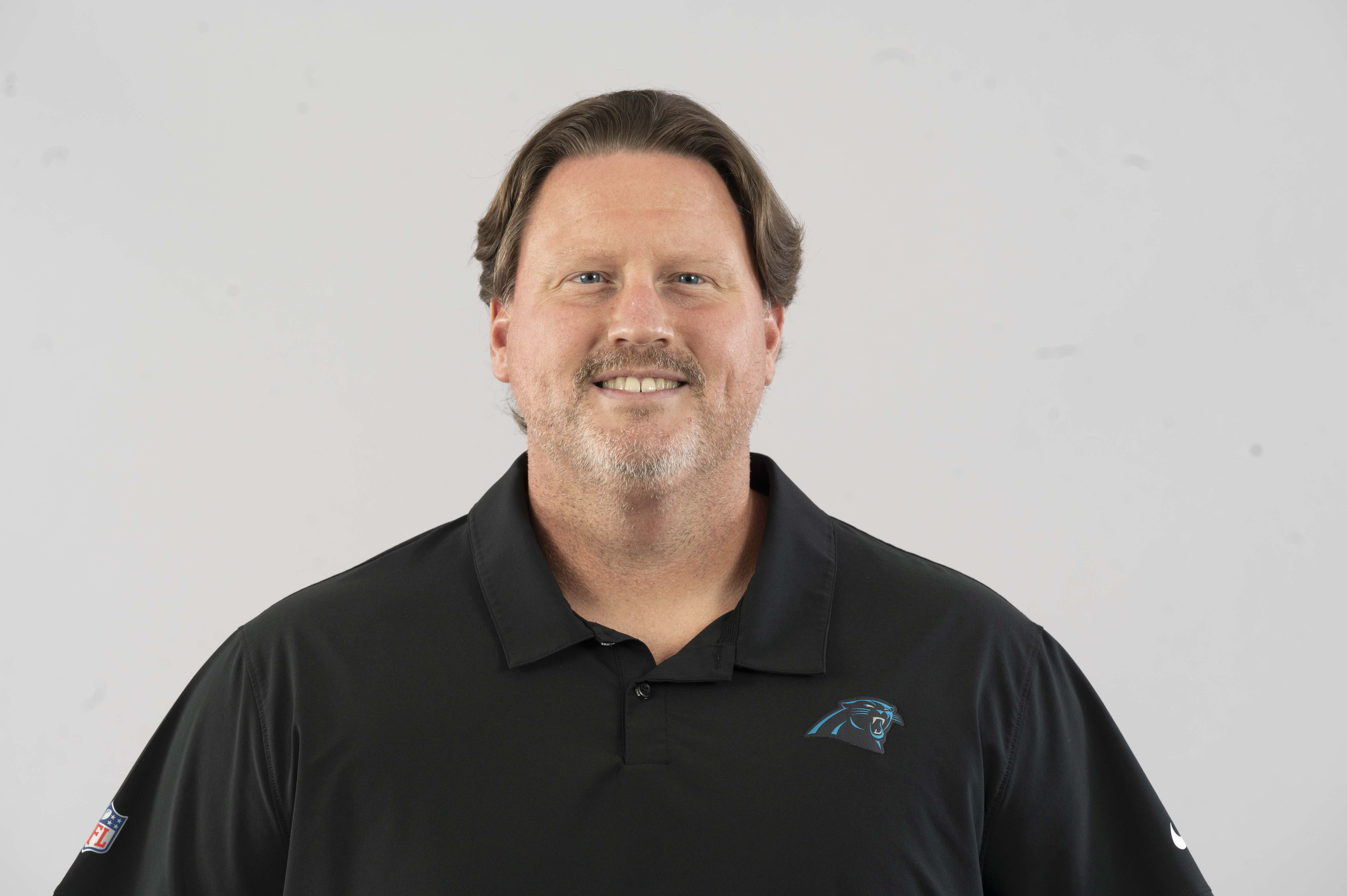 - Since I was at the game in the nosebleeds, I was able to see a whole lot of the field and any receivers that may have been open during plays that never got the ball. However as a founding member of the Danwagon and the Daniel Jones Hype Group, I am instead going to turn your attention to how good Andrew Thomas is doing.

Yeahhhh, I'm gonna need the media to bring the same energy for Andrew Thomas' numbers the first two games of this season as was brought after Thomas' first two games of his career matching up against TJ Watt, Bud Dupree, Khalil Mack, and Robert Quinn.

How does this all tie into Daniel Jones? Well if Danny Dimes doesn't lead the Giants to a win over Washington in 2019, the Giants get the 2nd pick, draft injury prone Chase Young, and don't have a bookend left tackle for the next 12 years anchoring their line.

I'm going to work to confirm it. But 5-2 in your last 7 seems pretty good to me! Especially when you add in that the team looked like it could never win another game again after he got hurt. Baker Mayfield once had a quote about Daniel Jones and winning…

Hate to see it.

I am not going to mention any other numbers from the offense because I would rather drink poison than look at the numbers or film from yesterday. However I have to say Jones having to play without his top two wide receivers because they are either nicked up or suck a practicing doesn't make things easier. Nonetheless, you gotta score more than 19 points in a game where the other team kept giving you the ball for free in positive territory and stuff like this is going to become a bigger story if those W's become L's.

Also for what it's worth…

- I thought Brian Daboll would bring some fun to the Giants. But I didn't think it would be in the form of finding out which supposed starter of the offense was going to essentially get benched. But as long as the Giants keep winning, I'm not going to complain. Actually first I'll drop Kadarius Toney on my fantasy team then I'm not going to complain. Also Richie James should get paid all of the receivers money until they actually are playing and producing anywhere near his level.

Back to Daboll, finding out he knows when to call timeouts with under two minutes left in the half may have been the biggest win yesterday outside of the actual win. There have been wayyyy too many knucklehead HC of the NYG that had no clue how to correctly manage the clock to the level of even a 12 year old that plays Madden.

When it comes to special teams all I have to say is I love having a punter with a cockrocket of a leg and a kicker with that as well as giant balls.

I love Graham Gano with all my heart. Please do not take a kicker like him for granted.

I also love that construction hat with all my heart because it reminds me of the glory days of the 80s Giants along with the 2022 Giants being undefeated since I bought it.

Next year we pay a lunch pail

Here's a throwback pic of Asbury Park's own Bam Bam Bigelow (RIP) rocking some Big Blue gear because why the fuck not?

If you thought Bam Bam Bigelow was entertaining back in the day, you should've seen the guy sitting in front of me at the Giants game. Pure electricity every time there was a TV timeout.

I would say we should get excited about the thought of Wink against Cooper Rush and Justin Fields in what appear to be two very winnable games. However Cowboys fans and Bears fans are probably saying the very same thing about the Giants game being winnable. So I'll bite my tongue and instead include this meme of our beautiful defensive coordinator.

Enjoy the rest of your Victory Monday everyone and here's to a Victory Tuesday next week!