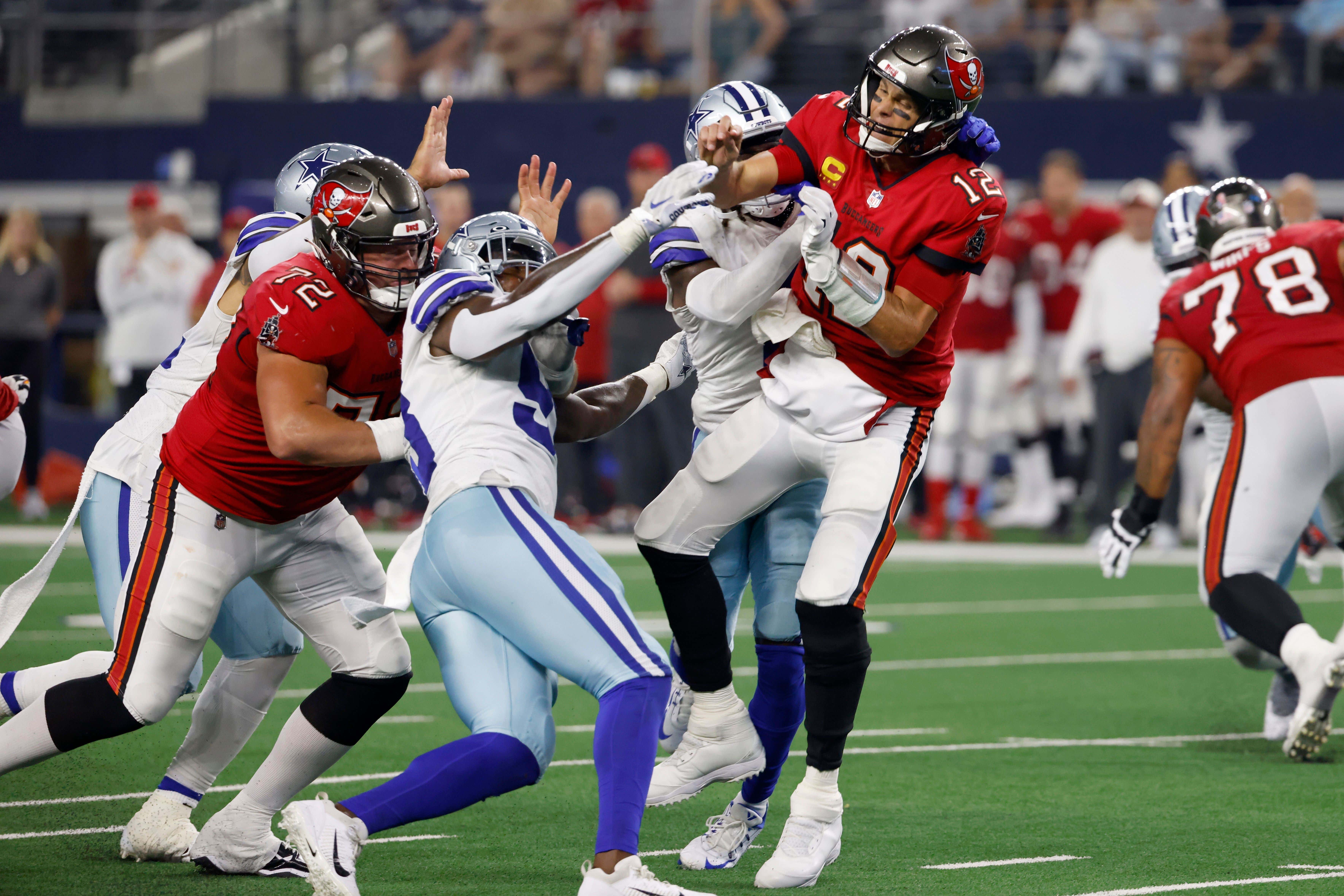 That headline you just clicked is a semi-ironic callback to a blog I posted back at the beginning of March:

Back then Tom Brady was about five weeks into his post-football phase. And from the way he was talking then, life of being a full time, stay at home dad, fixing things around the house, wearing a fishing hat, smoking a pipe and calling his wife "Mother," was not at all something he was ready for. Or enjoying.

As Larry Bird put it when asked why he came back to the NBA to run the Pacers, "There's only so much golf you can play." Or as Johnny Upton of the Charleston Chiefs puts it:

So Brady came back. And by all accounts, published reports, and quotes from anonymous insiders indicate, his unretirement is not going as planned:

TMZ - Gisele Bündchen appears to be back in Tom Brady's corner -- just not, at least for Sunday night, physically … 'cause the supermodel showed love for the QB on her social media ahead of his season-opening game, but skipped being there in person for it.

The note, while short, is a pretty big deal -- considering multiple reports stated she was so furious with Brady's decision to unretire for this season, she temporarily stopped living with him recently.

Gisele, though, did not make the trip to the game -- a rare occurrence for the 42-year-old, who's often spotted celebrating the QB's success in luxury suites at stadiums.

If 15 years or so of seeing these two luminous, ethereal beings live in the public eye has taught us anything, it's that Gisele skipping a flight from Florida (some say she's been living in Miami, not Tampa) to Dallas-Fort Worth for the season opener is a very big deal. But what Brady said on his podcast Monday is even bigger. Orders of magnitude bigger:

Yahoo - Brady admitted that this year has a different feel than others.

"I'm feeling more than things in the past for some reason. … You know, I'm just really feeling intensely my emotions. And I feel like I always have that, but I think when you get close to the end…

"I don't know exactly where I'm at with that and there's no decision to be made. It's not like I have 10 years left. I definitely don't have that. So all these, I just am never gonna take for granted, you know?" …

"I think there comes a point in your life where you say, 'You know what? I had my fill and it's enough and time to go on, to move into other parts of life.' I push myself to the max and I got everything I could out of my ability."

Feelings? Emotions? Christmas? Thankgiving? Birthdays, funerals and weddings? "Time to go on"? I don't know how a guy could possibly sound more ready to call it a career than this. This is Quiet Quitting personified. He couldn't sound more like he's standing in his professional grave if he was meeting with his Retirement Board and they were breaking out the actuarial table to see if he should take his pension in monthly payments or lump sum.

I mean, the Tom Brady I used to know - Foxboro Tom - never once mentioned real life things feelings and holidays. Those were for us norms. Christmas was a day for sitting at his desk looking at Tony Dungy's 3rd down tendencies while the kids put together a Millennium Falcon LEGO set in the next room. Thanksgiving was the day they rolled up on the Jets and Mark Sanchez committed the ButtFumble. Back then, his Emotional IQ had two settings: Rage at the league that drafted Gio Carmozzi and five other QBs ahead of him. And Elation every time he made them pay for their disrespect. Now he's talking like he's going a Very Special One on One Interview with Oprah.

You can't read those words and not assume this is him saying he's playing out the string. And that whatever problems his unretirement has caused at home, it is NOT worth it. As any married man who decided to take a buddy weekend to go golfing or to a game out of town or wherever will tell you, there are going to be consequences to your actions. That bill will come due sooner or later. Like a weekend in the country going leaf-peeping with her mom or something. And the pleasure better be worth all that pain to follow. Football simply doesn't sound worth it to TB12 at the moment.

The question remains whether this family dynamic will affect his play. And so far the jury is out. Yes, he got a win in Dallas. And everything he does extends some kind of a record he already owns. (Such as wins.) But a lot of those drives petered out or went nowhere. His stat line:

… was below all his career averages. And lower than all but three (NE, NO, the Divisional loss to the Rams) of the 19 games he played last year. So it remains to be seen whether it will have a negative impact. Though it's situation that will be more closely monitored than the elections in November.

What we can conclude is that there is no way he does this again next year. This is the beginning of his unofficial retirement announcement.