So here’s the backstory to this all.

A few months ago Kid Cudi and Kanye had a big public falling out.

Kanye was pissed off that Kid Cudi, somebody he sees as somewhat of his protege, little brother, and good friend, didn’t disown Pete Davidson over his whole Kim K x Kanye x Skete soap opera.

He called him out for being a shitty friend, took it too far (as Kanye always does), by taking personal shots at him as an artist, and provoked Cudi into responding. Which he did, swiftly and holding nothing back -

Fast forward to Coachella's lineup being announced, Kanye being one of the main headliners, and him telling the festival he would back out if they didn't allow Travis Scott (hot off his Astroworld debacle) to play along with demanding an official apology from Billie Eilish.

And now, last week, Kanye again backed out of another festival, this time Miami's "Rolling Loud Music Festival" which takes place this weekend.

“We were looking forward to Ye headlining Rolling Loud Miami 2022. We spent months working with him and his team on the performance,” co-founders Tariq Cherif and Matt Zingle said in a statement Sunday. “Unfortunately, Ye has decided that he will no longer be performing. This is the first time a headliner has ever pulled off our show and though we don’t take it lightly, we wish him the best.” - Official Rolling Loud statement

With less than a week to scramble to find a replacement for Kanye, festival organizers reached out to Kid Cudi to fill the slot.

As he was playing, he was rudely interrupted by several pieces of shit who threw dozens of objects up on stage at him.

Now, rumors have been swirling this was the actions of Kanye fans (losers) who believe they are fighting Kanye's fights for him. (Again, huge fucking losers).

Cudi paused his performance to call out the scumbags and ask for people to be fucking normal when he was hit with another water bottle before throwing in the towel and walking offstage.

Almost immediately after this occurred the vocals of Kanye West could be heard on the other headliner stage, which Chicago's Lil Durk was playing on.

Then, to add salt to the wound, Kanye decided to drop his banger, "Father Stretch My Hands" which features Kid Cudi

The theories out there are that Kanye conspired with Rolling Loud and this was all planned in a true villain storyline.

Others think when Kanye saw Cudi added to the bill to fill his spot, he knew he had to show up to steal the spotlight from him and pump his own ego. Which honestly makes more sense realistically to me.

Either way, this is some serious “this league”, real housewives level drama. I think even Vince McMahon would be proud of how this storyline continues to unfold.

Regardless, Kid Cudi got done real dirty in this whole thing by everybody involved. Especially the people throwing shit at him.

If you go to a concert or sporting event and throw things at players, performers, or on the field or court or ice in general, you’re a gigantic piece of shit, are a drain on society, and should be placed on a watchlist. 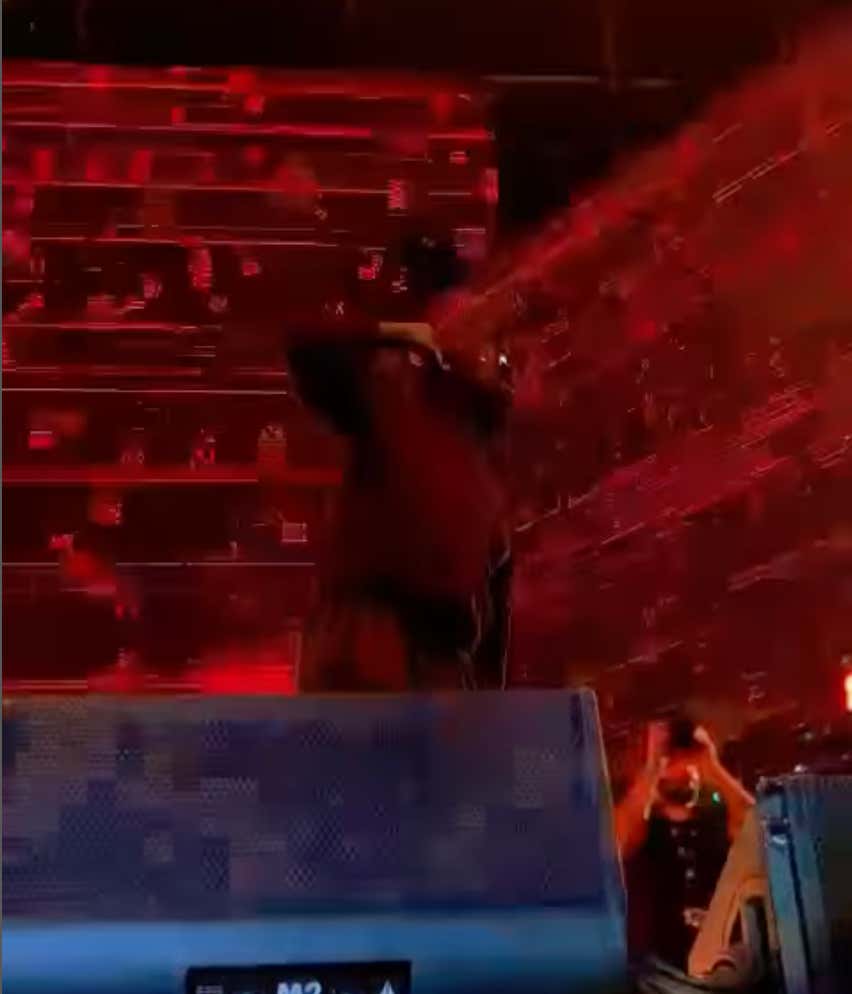