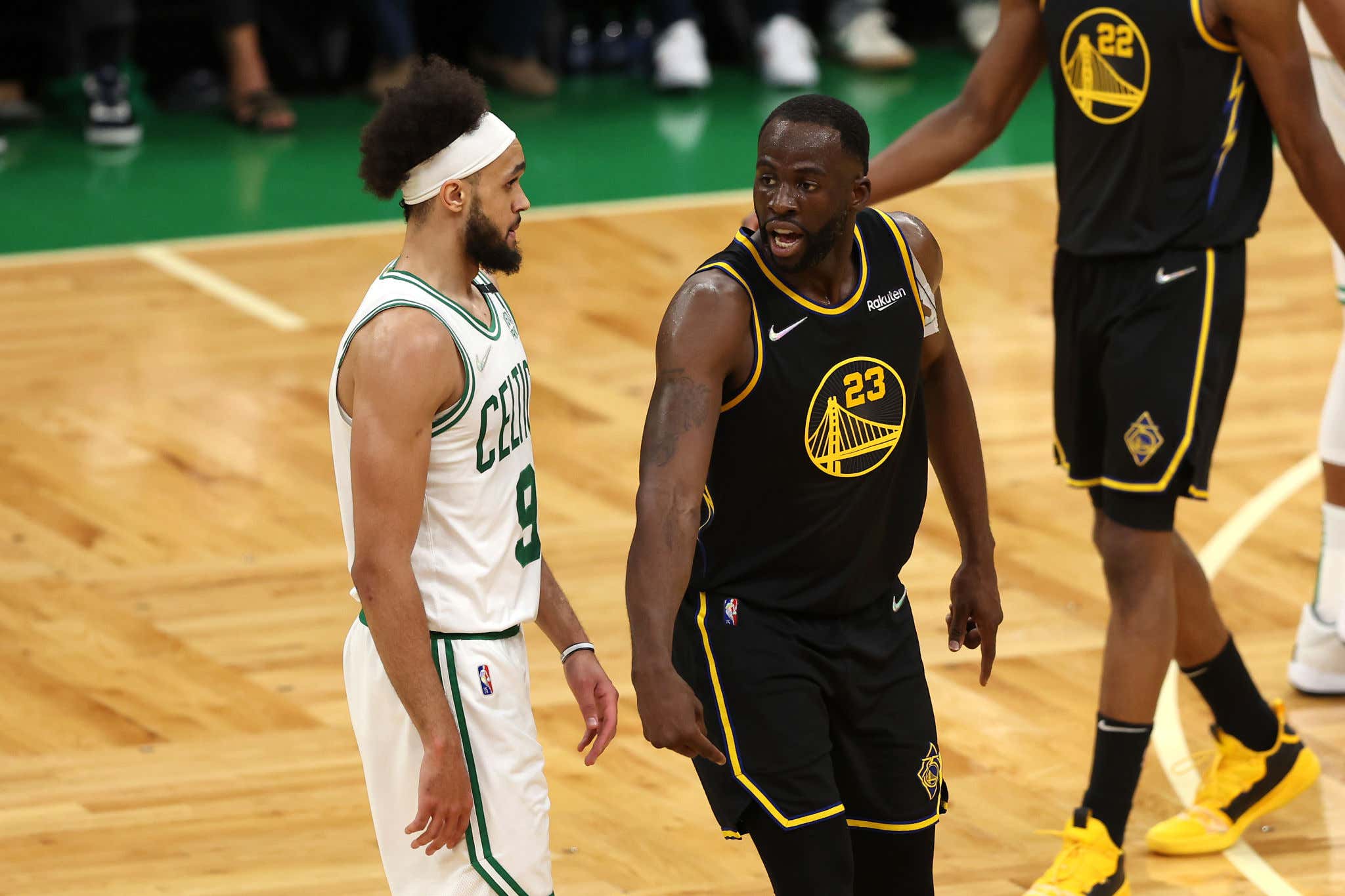 I'm starting to think Draymond Green is operating in a different dimension. I first got that feeling after Game 1 when he came out and said the Warriors actually dominated that game for 41 of the 48 minutes. That was confusing since ya know, they were losing at halftime and lost the 4th quarter 40-16. I'm not sure that added up to 41 minutes.

Well now we have this. Draymond is still talking about Celtics fans, but you see it's because he's winning the mental game. He's living rent free in their heads. What? Am I taking crazy pills? When you run your mouth, people are going to respond. When you do shady shit in a game, fans are going to respond. That is not living rent free? That's them reacting to things YOU ARE DOING. Also, it's the NBA Finals and you play on the opposing team. Is it "being in their heads" when you're booed or flipped off or told to go fuck yourself? No. That's pretty standard in every sport once you get to this stage.

Let me ask you this Draymond. You have been complete dogshit in 2 of the 3 games of these Finals. You couldn't back up your talk. And yet here you are, instead of focusing on that and being better, you're talking about Celtics fans. You're saying you're in their heads yet you are the one talking about them. How exactly is that you winning the mental game?

Also, isn't it more important to focus on the guys the Warriors are actually playing, and not the fans? How do you even get in a mental battle with fans. They aren't the ones playing. But you know what? Let's just go along with this and say it's true. That Draymond is living in Celtics fan's heads……..so what? How does that help you? The fans are not playing in the game, so congratulations? What good does winning the mental battle with fans do when you're getting your ass kicked in the actual games?

I would argue it's the opposite. Draymond is spending time talking about the fans and not focusing on the task at hand, which he is actually responsible for. I've dealt with plenty of Twitter trolls in my day, and the ONE thing you know is the second they start talking about "living rent free" it's because they're down bad. It's classic troll behavior. Draymond has played like shit so instead, he's focusing on this made up mental battle with fans that he's declaring himself the winner of. This is basically what every member of Sixers Twitter does in my mentions for 8 months every year before they once again flame out in the second round. It's sad when they do it, and it's sad to see Draymond do it but I get it. That's his only card to play at the moment.

If the trade off for winning the actual NBA title is that we as fans need to lose a "mental battle" against Draymond Green, that's fine by me. I'll help him raise that banner at the Chase Center if he wants because this is something that is clearly very important to him. Even if it's complete bullshit, if he wants to keep telling himself this in order to make him feel better about his actual on court production, I say go nuts. We'll just be here laughing at you.