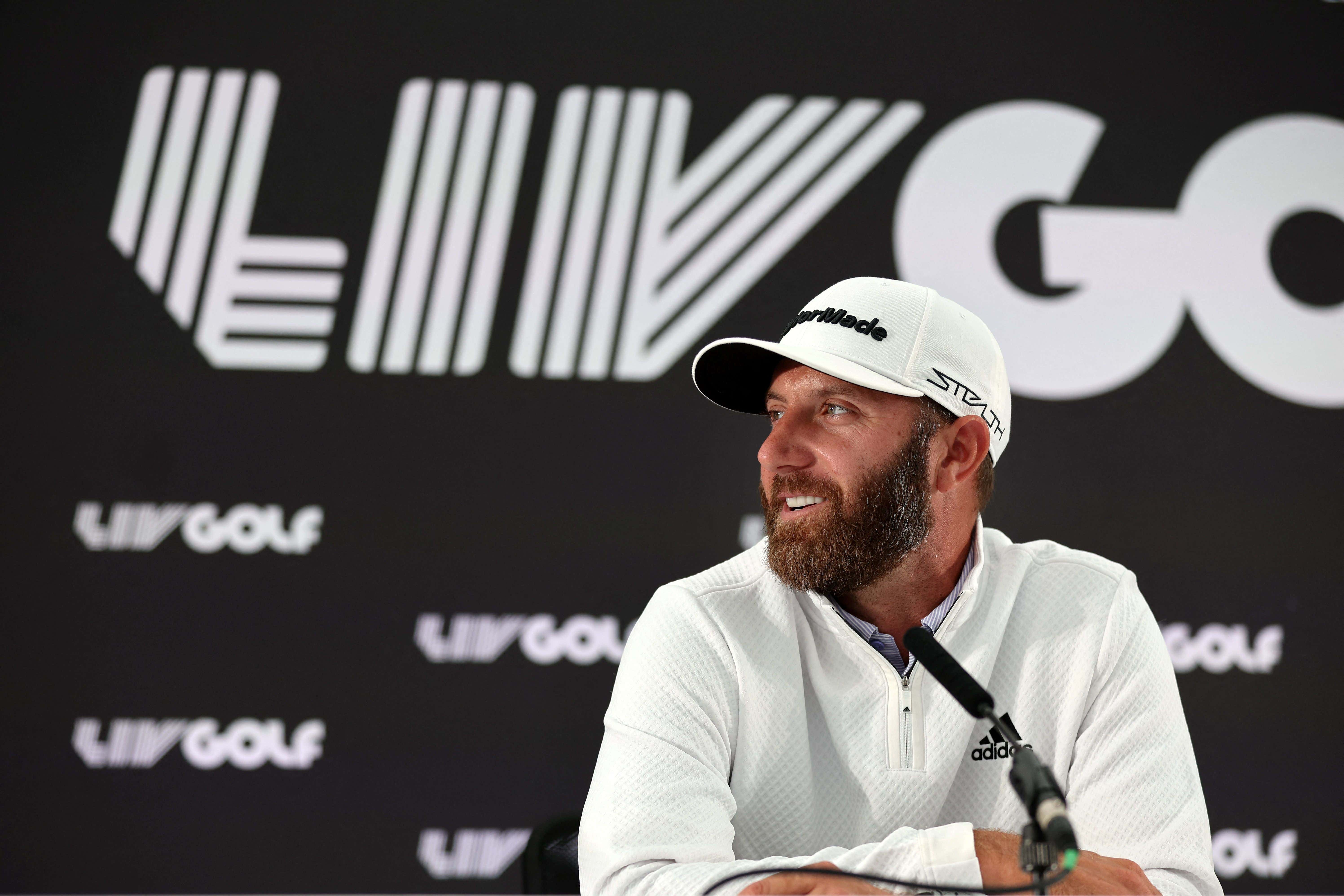 The term "sportwashing" might be new, but the concept is maybe as old as sports themselves. When a corrupt government wants to put a happy face on a nasty record of human rights abuses, oppression, or outright genocide, the fastest, easiest, and cheapest solution is to pay people to play sportsball games. It's been used by everyone from the 1936 Berlin Olympics to the upcoming World Cup in Qatar to that time evil Russian oligarchs built a team of robots in The Harlem Globetrotters on Gilligan's Island. (I'm not making that up.) For all we know, Genghis Khan put up rec league Ping Pong tournaments to make the few survivors of those Chinese city states feel a little less conquered.

The latest example of sportswashing is LIV Golf, which is backed by Saudi money and wreaking havoc with the PGA Tour.

They held a press conference today. And if the point of the exercise was to slap a smiley emoji on the whole enterprise, well then this was the presser equivalent of shanking your tee shot on the first hole into a pond. Then falling into the pond. It was absurdist theater. With seemingly every question drilling down into the Saudi's annoying habit of brutally killing a guy and lying about it. And a bunch of golfers who don't swing a club until they've examined the shot for every possible thing that could go wrong caught completely off guard by the questions every single adult in the room knew was coming.

Let's start with Graeme McDowell. Who is definitely not happy about that whole regrettable torture/murder thingy. He's not about to waffle on that with some "mistakes were made talk," no siree Bob. Instead, he pivoted to how golf is a force for good in the world. And maybe with more golfer role modeling for kids, the forces for evil in this world will pound their swords into pitching wedges:

Taylor Gooch adopted a different posture. He employed the method of "I am just a golf droid and not programmed to respond in that area":

For his part, Dustin Johnson admitted to resigning from the Tour, while still operating under the assumption he can still play in the majors:

While a couple of others sound convinced they'll be able just pop in on the Ryder Cup Team whenever the mood hits them:

But the best moments by far was when everyone got a taste of press availability, LIV Golf style:

Although it should be noted that reporter was allowed back in, this is nevertheless a fucking wild way to launch a sports league. It's combining all the elements of the PGA with the showbusiness of the WWE and the public relations of the Galactic Empire. And if the goal was to get people interested in seeing how this league plays out, then they accomplished their mission.

I can't stress this enough, I'm not here to preach to anyone. Can this be considered dirty money? I suppose so. But like all dirty money, it's coming in shipments that measure in the metric fucktons, which makes it hard to turn down. I mean, it's one thing to turn down a guy who wants to give you 15 bucks to jack him off behind a dumpster. Let that same guy offer you $15 million, and well, everyone has a price. Dustin Johnson just made more by signing his name onto the line that is dotted than any golfer has ever made in his career:

So I suggest we all need to slow our roll when it comes to outraged moralizing. Especially when we're all fueling our cars with the liquid gold the tour organizers pump out of the ground. And unless that phone in your pocket was put together by Amish craftsmen for a fair day's wage, you should check yourself before preaching about doing business with oppressive regimes.

All I ask is that these guys just level with the public. Simply admit the money was too good to pass up and you did what anyone else would do. Maybe add, "Do you know what a 1, a 2, and a 0 followed by six other zeroes looks like? It's not my job to make sure some goddamned kingdom halfway around the globe is morally and ethically pure. My job is to take as much of other people's money as they are willing to give me for playing a sport I'm great at. Go ask the NBA or Disney how they feel about doing what they're told by overseas governments who make them billions. You know how I'm going to sleep tonight? On a giant pallet off $100 bills, that's how."  At the very least, have an answer ready for the questions you've had months to prepare for, instead of bumbling your way through this embarrassment and hassling a guy who's just asking the questions.