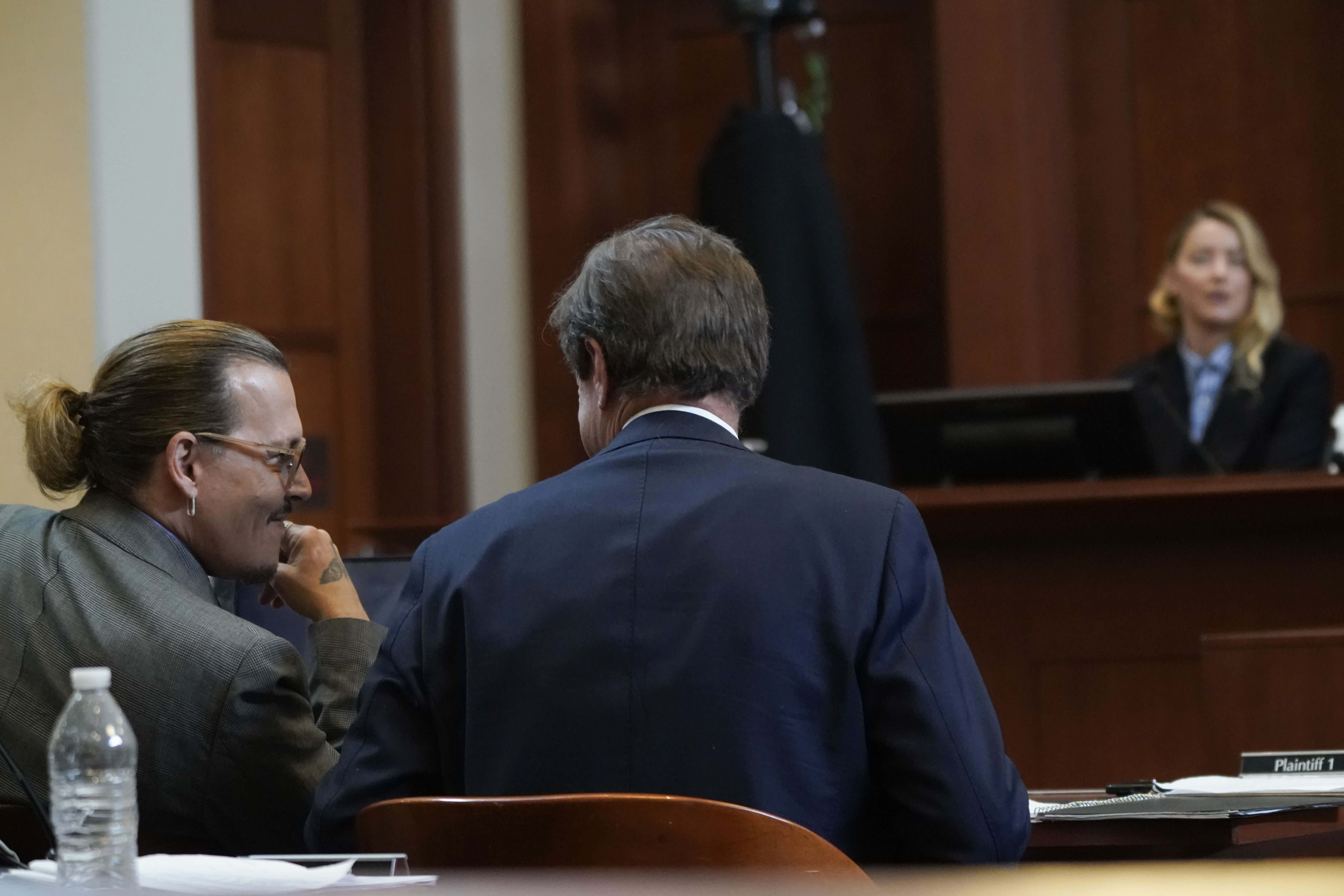 Reasonable people can differ on who's right and who's wrong any time a marriage falls apart. Only the two people who were there as their lives blew up in their faces like a cartoon cigar can truly understand what they went through. And it's almost impossible for anyone on the outside to separate the fact from fiction.

But if there's one truth we can take away from the Johnny Depp/Amber Heard trial, it is this: When you bring together two wealthy, famous, celebrated, attractive, raging narcissists who have been getting fawned over by the public for their entire adult lives, you're going to cause a bad chemical reaction. It's like the physics of Star Trek where they say if two identical particles of matter and anti-matter come in contact, it will destroy everything in the universe. Or in Depp and Heard's case, result in cross-accusations of physical and emotional abuse, severed fingers and pooped beds.

And it just got even more bizarre with testimony from, of all people, a lawyer from the American Civil Liberties Union. A non-partisan organization that was founded in the 1920s by a group of people that included Helen Keller to protect the freedoms of citizens guaranteed them under the Bill of Rights, just dropped a giant, steaming deuce right onto the 800-thread count Egyptian cotton bedsheets of this trial.

Source - Amid this grotesquerie, it might be possible to overlook the bizarre involvement of the ACLU. But the civil-rights organization’s cringeworthy role deserves closer scrutiny because of its centrality to the case, and because it exemplifies the degree to which the ACLU has lost its way in recent years.

The heart of Depp’s claim is that Heard ruined his acting career when she published a 2018 op-ed in The Washington Post describing herself as “a public figure representing domestic abuse”—a thinly veiled reference to much-publicized accusations of assault she made against Depp in court filings toward the end of their short-lived marriage. But Heard hadn’t pitched the idea to the Post—the ACLU had. Terence Dougherty, the organization’s general counsel, testified via video deposition that the ACLU had spearheaded the effort and served as Heard’s ghostwriter in exchange for her promise to donate $3.5 million to the organization. The promised donation also bought Heard the title of ACLU “ambassador on women’s rights with a focus on gender-based violence.” When Heard failed to pay up, Dougherty said, the ACLU collected $100,000 from Depp himself, and another $500,000 from a fund connected to Elon Musk, whom Heard dated after the divorce.

The ACLU’s bestowal of an ambassadorship and scribe-for-hire services upon a scandal-plagued actor willing to pay seven figures to transform herself into a victims’ advocate and advance her acting career—Heard pushed for a publication date that coincided with the release of her film Aquaman—is part of the group’s continuing decline. Once a bastion of free speech and high-minded ideals, the ACLU has become in many respects a caricature of its former self.

To review: The ACLU was created to protect American citizens from abuse of power. To stand up for individuals and level the playing field when their rights are being violated by interests with infinite resources, such as government agencies and large corporations. To ensure that basic liberties such as free speech, religious liberties, protection from illegal search and seizure, freedom of assembly and so on, will not be infringed upon.

And 100 years later, it exists to shakedown unstable celebrity nutjobs for millions in exchange for ghostwritten articles, and then take its payment from the equally nutty subject of the hit piece they wrote and said celebrity's sidepiece. And this isn't coming from some gossip rag. It's coming from the sworn testimony of the ACLU's own attorney, under pains and penalties of perjury.

I don't know what Helen Keller would have to say if she was alive to see this. Oh, right. But you get my point.

So now we can throw this once noble organization on the pile of the giant national bonfire of institutions that have failed us. Like Hollywood and celebrity culture themselves, the ACLU is just a relic of a more idealistic past. Of a time when people stood for something, instead of just falling for anything.

P.S. If gorgeous actress with a billionaire boyfriend is looking to have an Op-Ed written in her name for $3.5 million, I've got just the writer in mind.