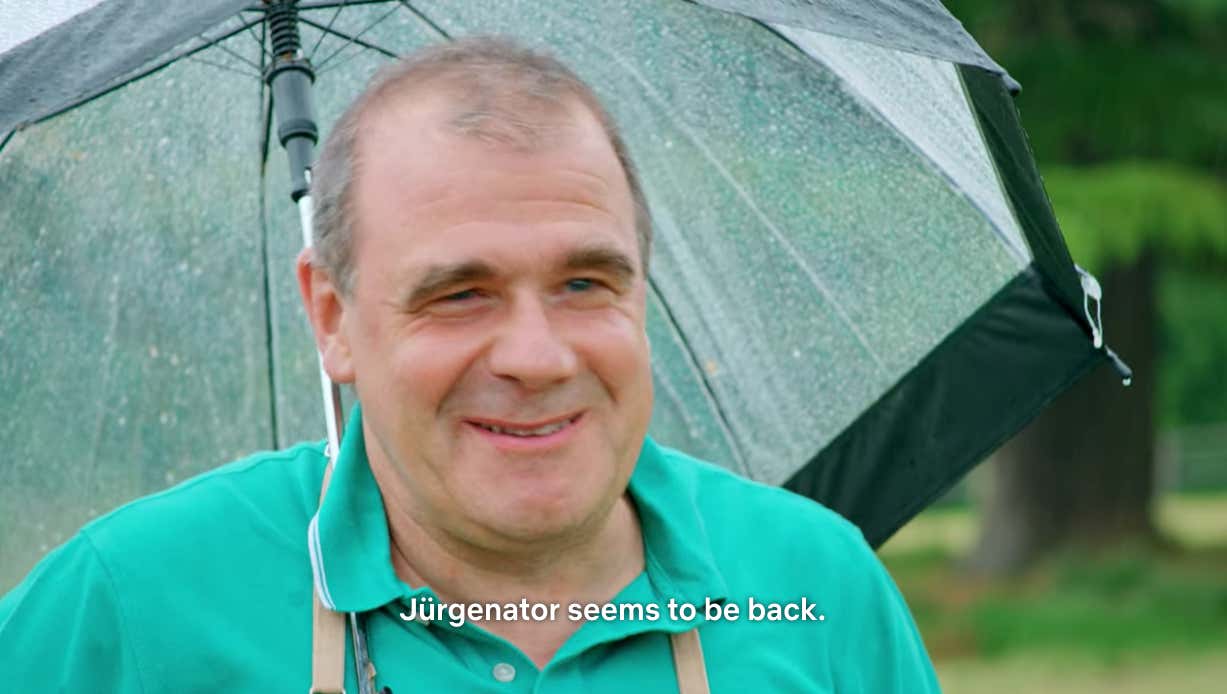 The World Series just wrapped up. We're in the middle of the NFL, NBA and NHL seasons. But if you're interested in witnessing true dominance? If you want to watch a historic run with your own eyes to be able to say you saw the Greatest Of All Time in their prime? Well then you have to be watching this season of the Great British Bake Off. Because it's Jürgen's world, and we're all just living in it.

Right from the very first signature challenge, you know that Jürgen was going to be something special. You knew that we were going to be in for a treat this season. It was like watching Auston Matthews score 4 goals in his NHL debut. But not only has Jürgen lived up to the hype, but he's about to smash every British Bake record known to man.

Starting off the season with back-to-back Star Bakers is something I don't think we've ever seen before. Sure, Peter was an absolute weapon in last year's season. But Jürgen is racking up Star Bakers at a historic pace, and winning technicals left and right as well. we're only 7 weeks into the tent and he's already been SB 3 times.

Sure, not winning Star Baker during German Week might be a little blemish on Jürgen's resume. But this man is a machine. He is a baking machine. He had maybe half of a bad week throughout the whole season so far and he's just been dummying almost everybody in his way.

I say almost everybody because Giuseppe is also a total stallion this season. 2 Star Bakers to his name this year and he's always up there in the technicals. These two are going at it like Mark McGwire and Sammy Sosa in '98. I mean Giuseppe's performance during Bread Week was pretty much a clean sweep. Dude just bundled the rest of the competition. But still. You could put Jürgen or Giuseppe in any other season and they'd most likely win the whole dang thing. The fact that they just so happened to go up against one another in the same season? What a time to be alive.