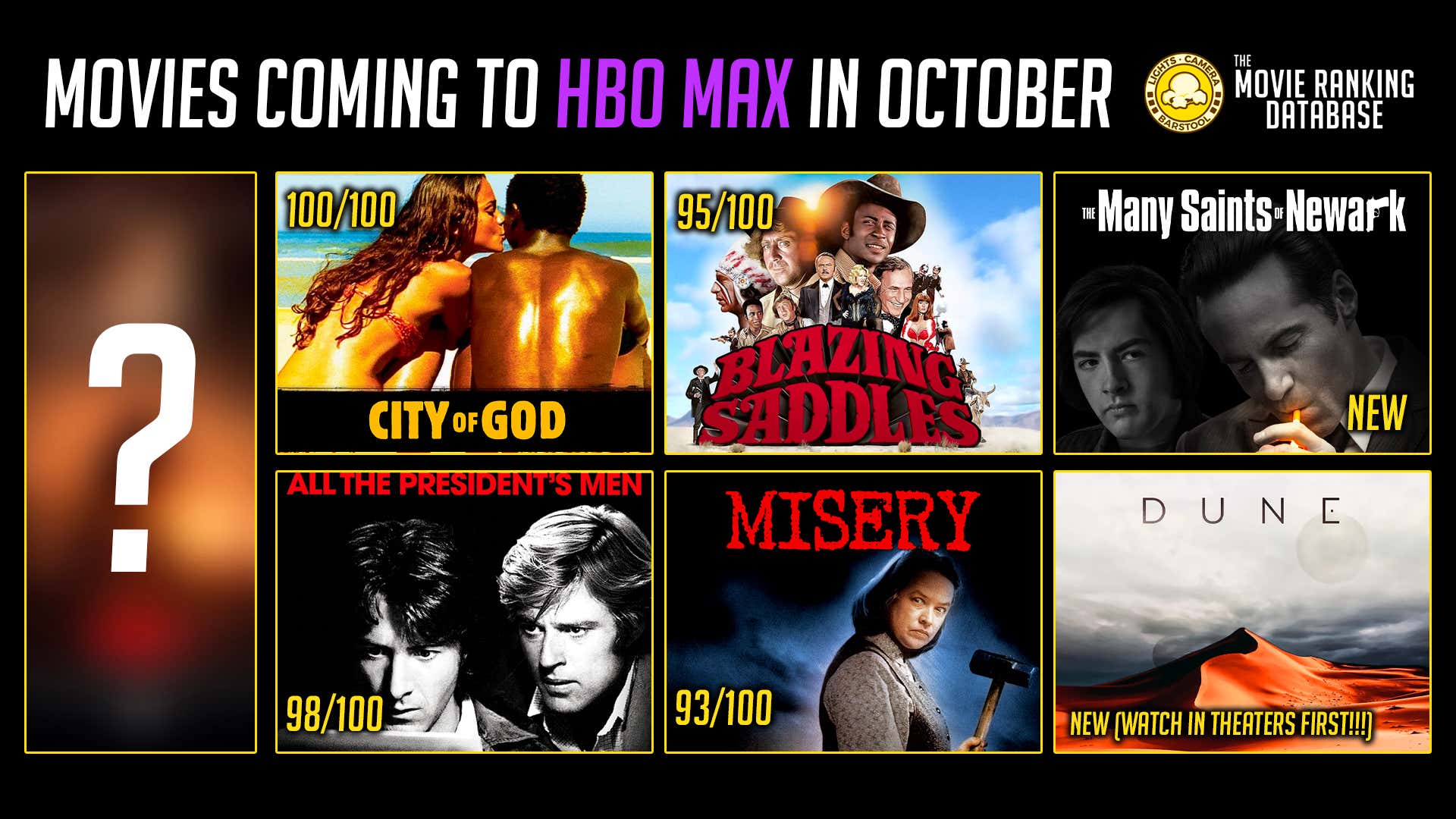 All The President's Men - October 1st

This is one of the greatest political dramas ever made. Redford and Hoffman perform out of their minds, and the story is perfectly scripted, paced and executed.

The Many Saints of Newark - October 1st

This is the new movie that is a prequel to the Sopranos. The reviews are mostly middling so far, but I'm still excited to watch it.

This is the biggest movie of this year. One of the biggest sci-fi movies of all time. One of the biggest ensemble casts ever and a movie directed by arguably the best director of the last 10 years. DO NOT STREAM IT FOR YOUR FIRST WATCH! See it in a theater and stream it after. This movie is built for the big screen and watching on anything less is like eating a steak from a Michelin star chef blended up through a straw.

October 22nd: Dune (Don't stream it, watch it in a theater)