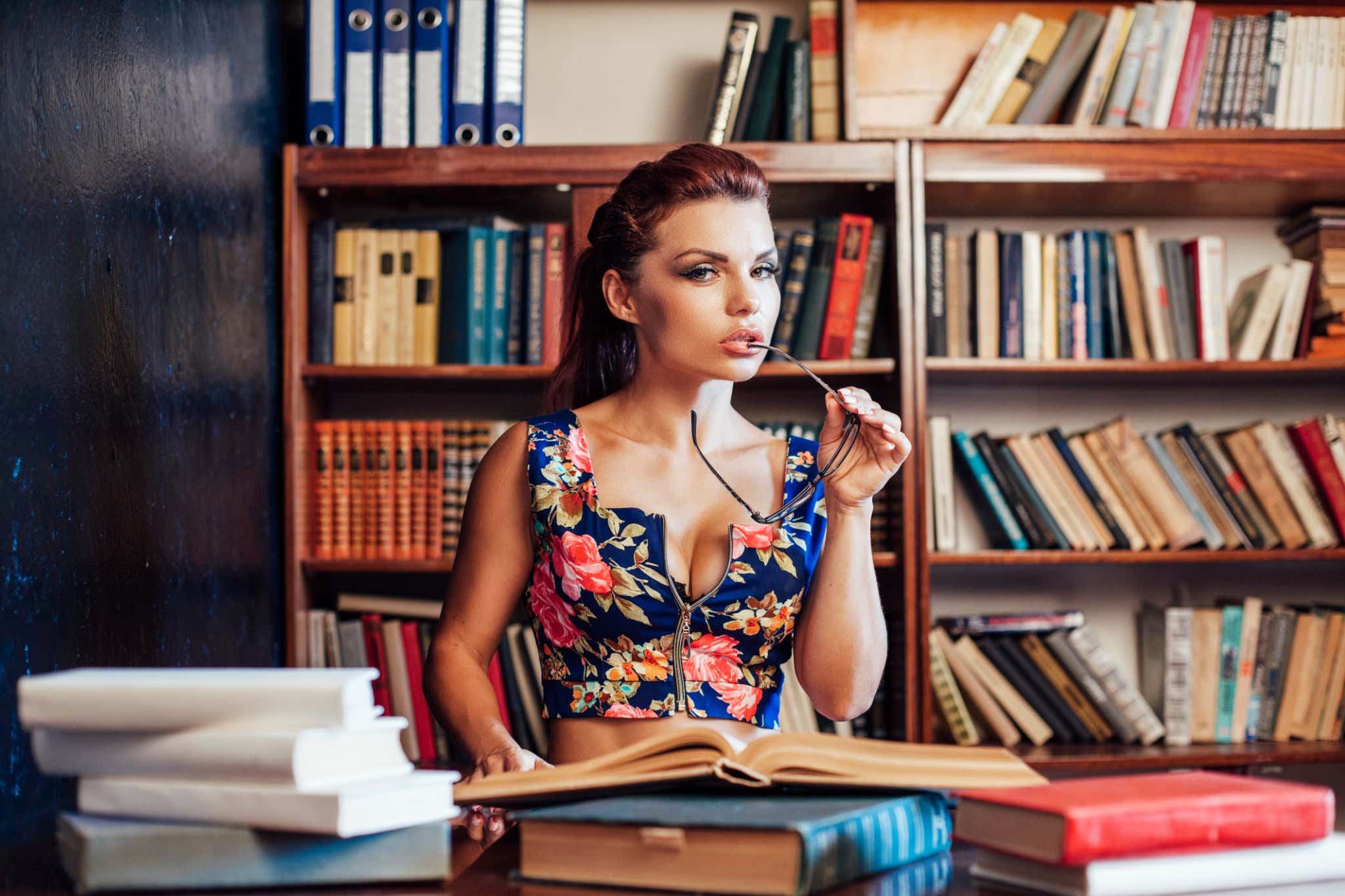 I understand that there's a great societal push on that posits the theory gender is fluid and merely a social construct, and the movement aims to minimize the distinction between us that has traditionally been determined by the sex organs we are born with. And I'm not here to argue to the point. Just to point out that "Men and women are really different" is more than just a lazy premise for hack comics. In at least one major respect, it remains as true as it has since the dawn of time.

Via Above the Law - For weeks, an unknown man has called libraries around the country asking for a specific Supreme Court opinion to be read to him. As the librarians comply, it becomes clear that he’s pleasuring himself to the words of the Court.

And from the Facebook page Library Think Tank it links to, asking for stories from librarians about weirdos calling them to ask to be read to:

Ask and I shall deliver

Here’s the thing. He is asking for uh not legal reasons but umm because he well….he well…he’s yknow 😳 And he’s called multiple libraries and done this and the FBI is supposedly involved and can’t catch this pervert that’s just calling libraries and getting off on librarians reading about some random court case

And apparently the dude called my work! And I wasn’t there for it but they put him on hold cause they were like “is it him…” so they got a male coworker to answer the phone and he immediately hung up and like hdjdhsjshhs?!? What is happening!!

So if you get a blocked number asking you to read Brady v Maryland wiki article while he “writes it out by hand,” hang up. Log it, tell your managers.

Back to the original article:

But here’s the thing… it’s always Brady v. Maryland. There are actual Supreme Court opinions with pornography discussed in the facts!

For the record, according to Brady v Maryland's Wikipedia page, it's a 1963 decision which held that prosecutors have to hand over all exculpatory evidence. As to how much erotica is actually in there, I'll leave to the people who have to study that shit so they can get perps back out on the street. I'm bored to tears having just read the introductory sentence. Landmark legal decisions don't do it for me. I'd probably get aroused by a tape of Brady vs. Maryland if Michigan had played the Terps in the late 90s, but the SCOTUS leaves me a little cold.

That said, I have no problem believing there's a guy out there getting his rocks off this way. Because I long ago accepted the fact that men are animals. We are monkeys sitting in trees, never more than a few synapses from our primitive ape brains away from rubbing one out. And it doesn't take a big red butt presenting itself for inspiration.

I remember back in the day, Howard Stern had on a woman who sold DVDs of herself and other women popping balloons. That's it. There's no nudity. Nothing remotely sexual going on. Just chicks sitting on balloons, squeezing balloons and putting pins in them. And she said she could not produce them fast enough to keep up with the demand.

Another example: I remember and episode of HBO's "Real Sex" where a phone sex operator said she had a guy ask her to sneeze. And he got off to that after only about a half dozen or so. And that's just the one I remember. I'm assuming the industry no longer exists, but who knows? But anyone who ever worked those phone lines probably has stories that make the Sleazy Sneezer sound like the Dalai Lama.

So again, think about this creepshow cranking his yank to a woman reading a dry, 58-year-old piece of legalese and tell me there's a woman alive who could do the same. They're getting off on ridiculous period novels with flaxen-haired bohunks in unbuttoned shirts ripping lonely widow's bodices off and fangirl fic written at an 8th grade reading level about introverted women getting tied up and sexually ravaged by weirdo millionaire businessmen. They might be nutting at the word "ejaculation" or "excruciating," but definitely not "exculpatory."

Librarians of the world, and I'm not just limiting this to the Hot Librarian archetype, as much as I am a fan:

… be forewarned. If you get a call asking you to break out the Brady v. Maryland, hang up immediately and call the police. Or, if it's your thing, carry on. But at least charge this whack job $9.99 a minute. You deserve it.