To prepare for this day, I watched (4) episodes of Queen's Gambit. To say I was prepared is a complete understatement.

Yesterday was International Chess Day, so we brought in Alexandra and Andrea Botez to show HQ how it's done. Both sisters previously played competitive Chess at a very high level, but have transitioned into Chess content throughout the years. Needless to say, after Queen's Gambit, EVERYONE was hooked onto chess, myself included. They were perfectly positioned to take the Chess content world by storm and they haven't let up since.

Upon arrival, they fired up their stream with the SICKEST portable stream setup that I've ever seen (can we get one of those?) and I gave them a tour of HQ. Because I'm such a stellar athlete, I only almost fell (1) time after tripping over a scale outside of the radio room (was I being sabotaged?). Other than that, smooth sailing all around.

Since they could easily beat anyone in HQ with a blindfold on, we decided to pair one sister with one Barstool personality. We played "Team Chess" with a three minute clock for both sides. Each partner alternates turns and you cannot give your teammate advice while they're moving. On top of that, if the clock hits zero, you lose and after each move you are given back 2 seconds. This was my first time playing with a physical clock and it was extremely fun and extremely stressful when the game came down to the wire. After (3) games, my brain was mush.

They streamed it live on their Twitch (Twitch.tv/BotezLive) and we'll be dropping our own video Friday at noon.

Matches went as follows - Myself and Alex vs PFT and Andrea (PFT is a back-to-back 3rd and 4th grade class Chess champion, so it was very intimidating to be going against the best Chess player in the room)

Frank the Tank and Alex vs Nick and Andrea

Marty and Alex vs Glenny and Andrea

Hank and Alex vs Jake and Andrea

After asserting their dominance on virtually everyone in HQ, they decided to enter the scariest place in the office. That's right, they went on LTB with a bald Vibbs. 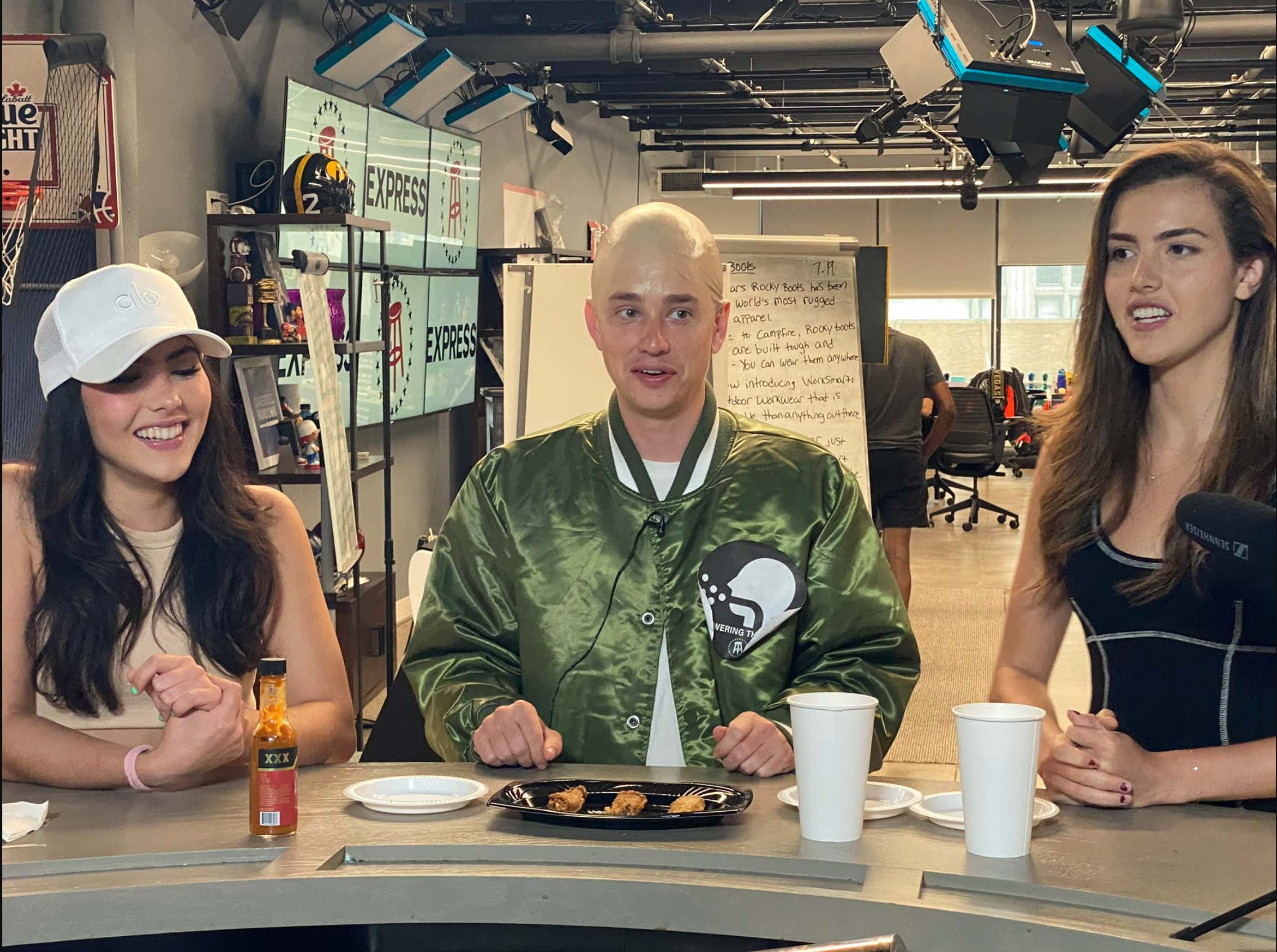 Big shoutout to Alex and Andrea for coming into the office and making some great content! Overall, we had an awesome time with the Botez sisters and my Chess passion is renewed to say the least. See you all when I'm a GrandMaster.