Dallas News — A woman bodybuilder was barred from boarding an American Airlines flight at DFW International Airport on Thursday because her clothing was deemed offensive.

American Airlines passengers are expected to adhere to the company’s dress code, which only says to “dress appropriately; bare feet or offensive clothing aren’t allowed.”

Deniz Saypinar is an accomplished female bodybuilder and social media influencer with over 1 million followers, the first woman in Turkey to earn International Federation of Bodybuilding and Fitness professional status, and the 1st place finisher in the 2020 National Physique Committee bikini championship — quite a list of accolades, and all by the age of 26.

What Deniz Saypinar is NOT, however, is "on time" to her well-earned Miami vacation after being forced to miss her flight out of DFW for refusing to cover up.

Deniz Saypinar was stopped from boarding a flight from Texas to Miami on 8 July…she took to her Instagram account to vent about the incident.

Ms Saypinar said: “You will never believe what happened to me at Texas Airport.”

I know, I thought the same thing — we're STILL doing this?? What is it now, 18 months later or something, and we're still arguing about putting a stupid little piece of cloth on your face?  Still putting it on the news, still blogging it?

But that's why you read the whole story. (You don't have to honestly, most times I find just the headline is plenty to form a really strong opinion I'll never back down from.) But it wasn't a mask issue at all.  It wasn't the possibility of viral transmission and infection and sickness and death that had American Airlines employees bravely blockading the jetway, refusing to let Deniz board her flight…

It was so, so much worse.

It was the possibility of the people set to fly the friendly skies — the god-fearing men and women, citizens sticking to a strict moral code — being exposed to the bare flesh of woman thigh on their flight to South Beach.

And maybe exposed shoulder blade even!

…she was stopped for her denim shorts — that were considered “too short” — and a small brown tank top.

Tearfully she narrated the incident to her one million followers. She talked about how the staff allegedly insulted her when they said she was almost “naked.”

“They literally didn’t take me to the plane because they say ‘you’re naked and you offend other families,’” she said.

On her Instagram, Ms Saypinar said that she had moved to America to “experience freedom” but was shocked by the “ridiculous” behaviour of American Airlines staff. She tearfully said: “I am not naked.”

She continued: “I am an athlete, and now I have to wait here until the morning. I like to wear feminine clothes that reveal my femininity, but I never dress in a way that will offend anyone. I’m mature and civilised enough to know what I can and cannot wear.”

She moved here for the American Dream…you know, the whole, "freedom, liberty, opportunity for prosperity, upward mobility achieved through hard work, with few barriers and regardless of social class or birth circumstances" yada yada yada.

At least I think so. I would assume she wasn't asking for the dream of the shitty Airlines, which is apparently "the right to be slut-shamed for jean shorts, the opportunity to miss 3-4 hours of prime UV tanning rays because some prude and power-tripping professional peanut-servers (but convinced their job is like, SEAL Team 6 1/2) are offended by your exposed kneecaps and mere suggestion of potential sexuality."

One user said: “It is 2021, and there is still a dress code you have to follow to board a plane, of course, only if you are a woman. This is ridiculous.”

Deniz made it to Miami, eventually. But no amount of sunshine can erase the humiliation of being treated, as she puts it, like an animal.

She added that she didn’t deserve to be treated like the “worst person in the world for wearing denim shorts."

"What separates us from animals if humans can’t control even their most primitive impulses?”

(Or, she's calling the other people animals? I don't know, whatever she means it's way too dramatic for some fuckin shorts.) 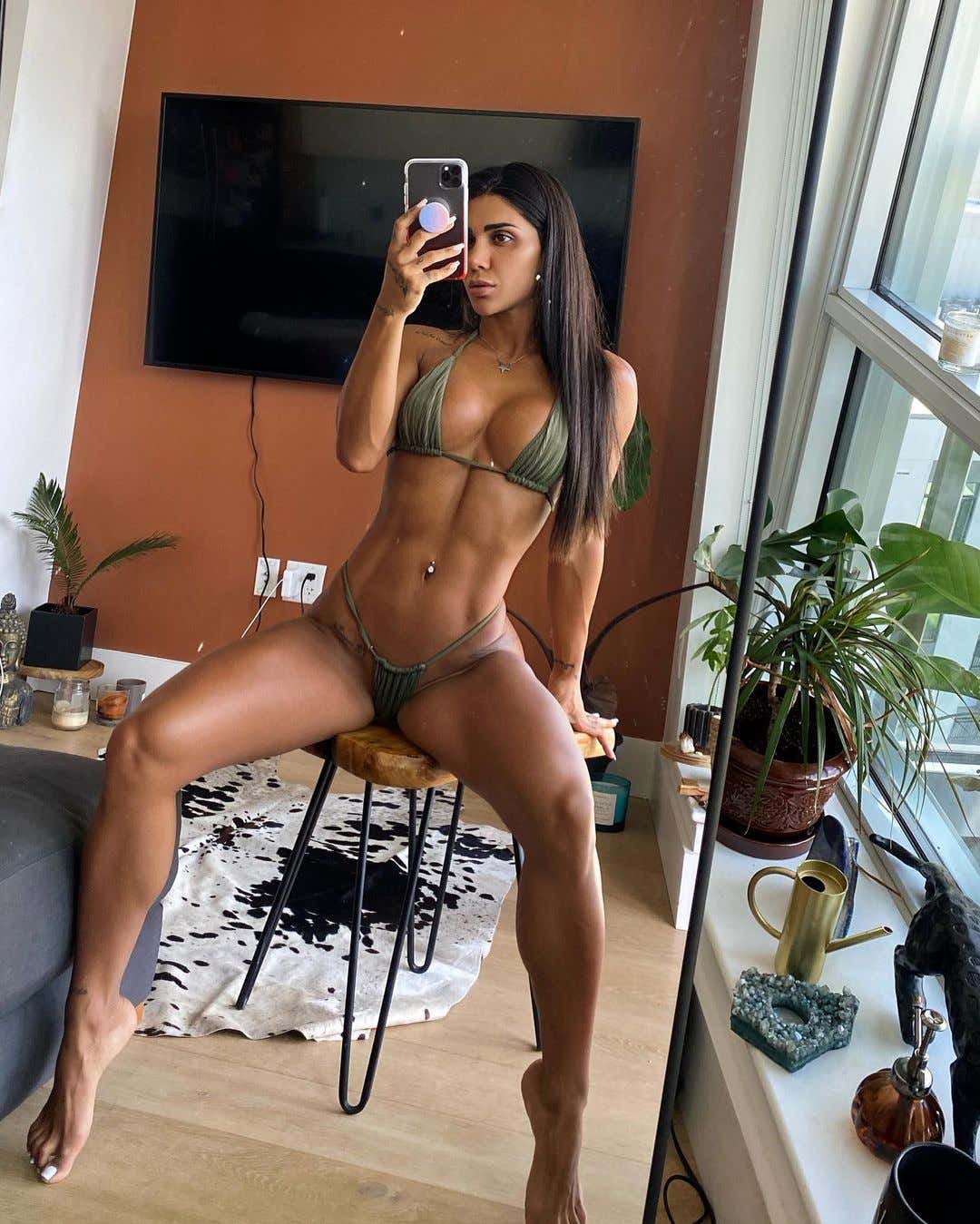 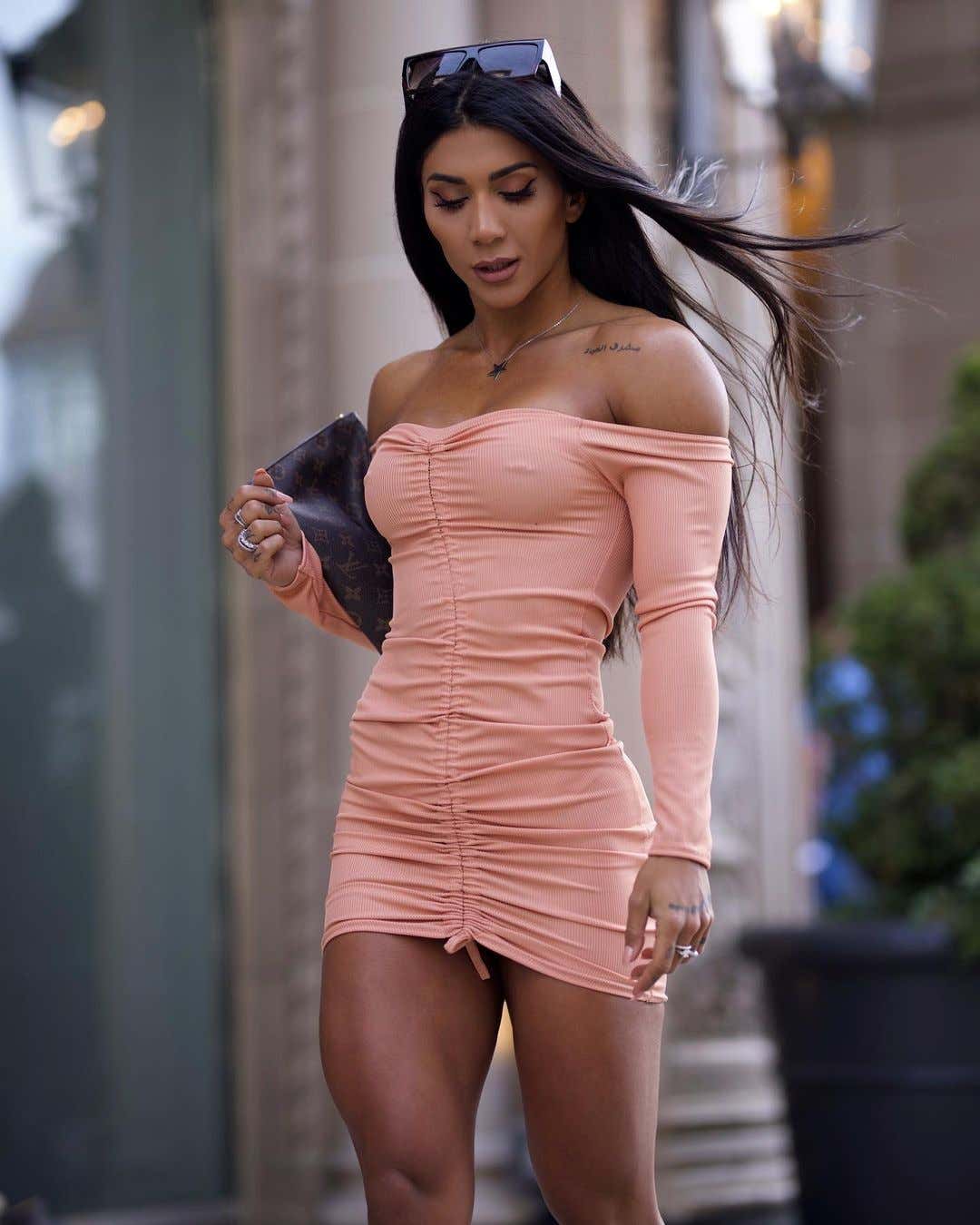 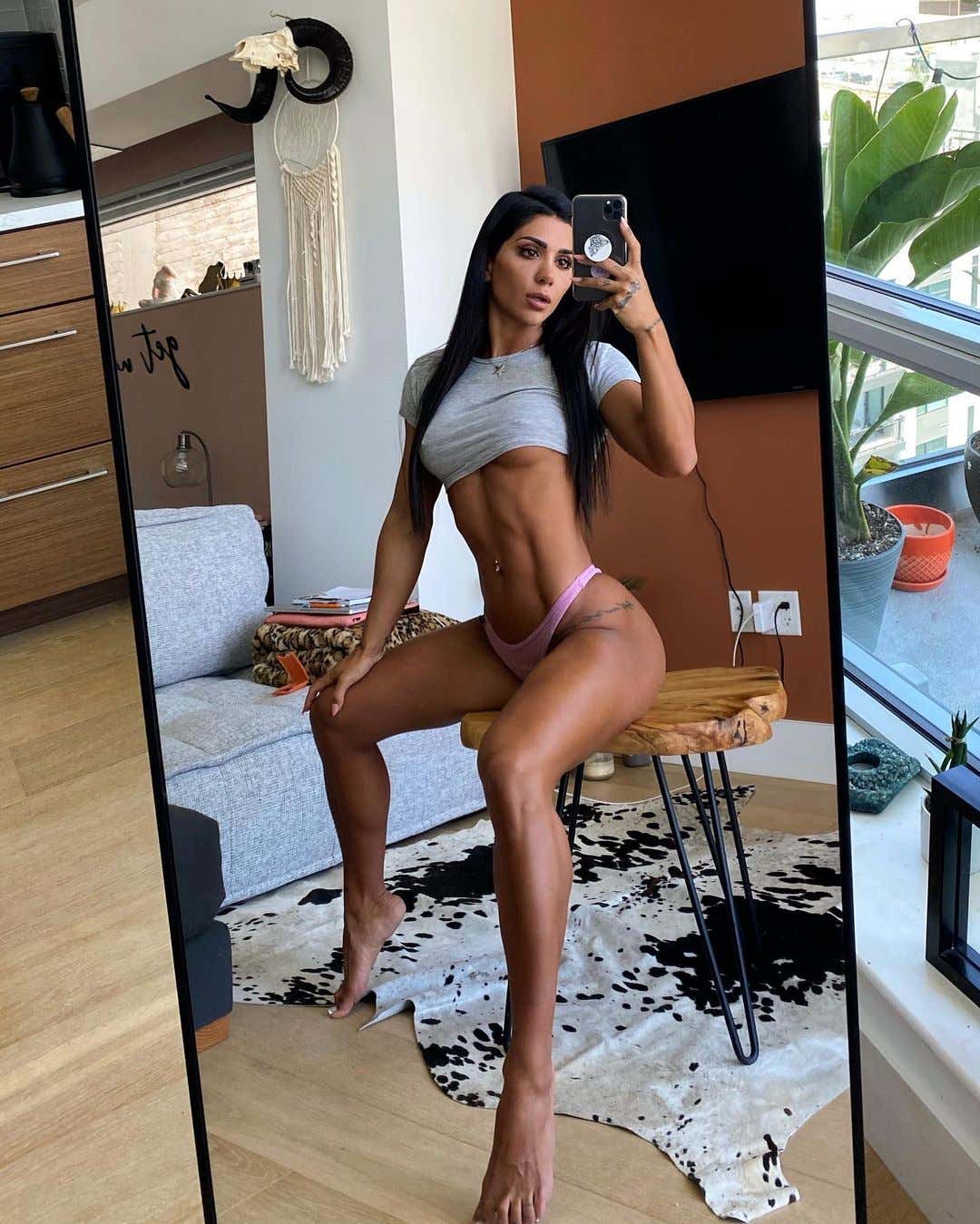 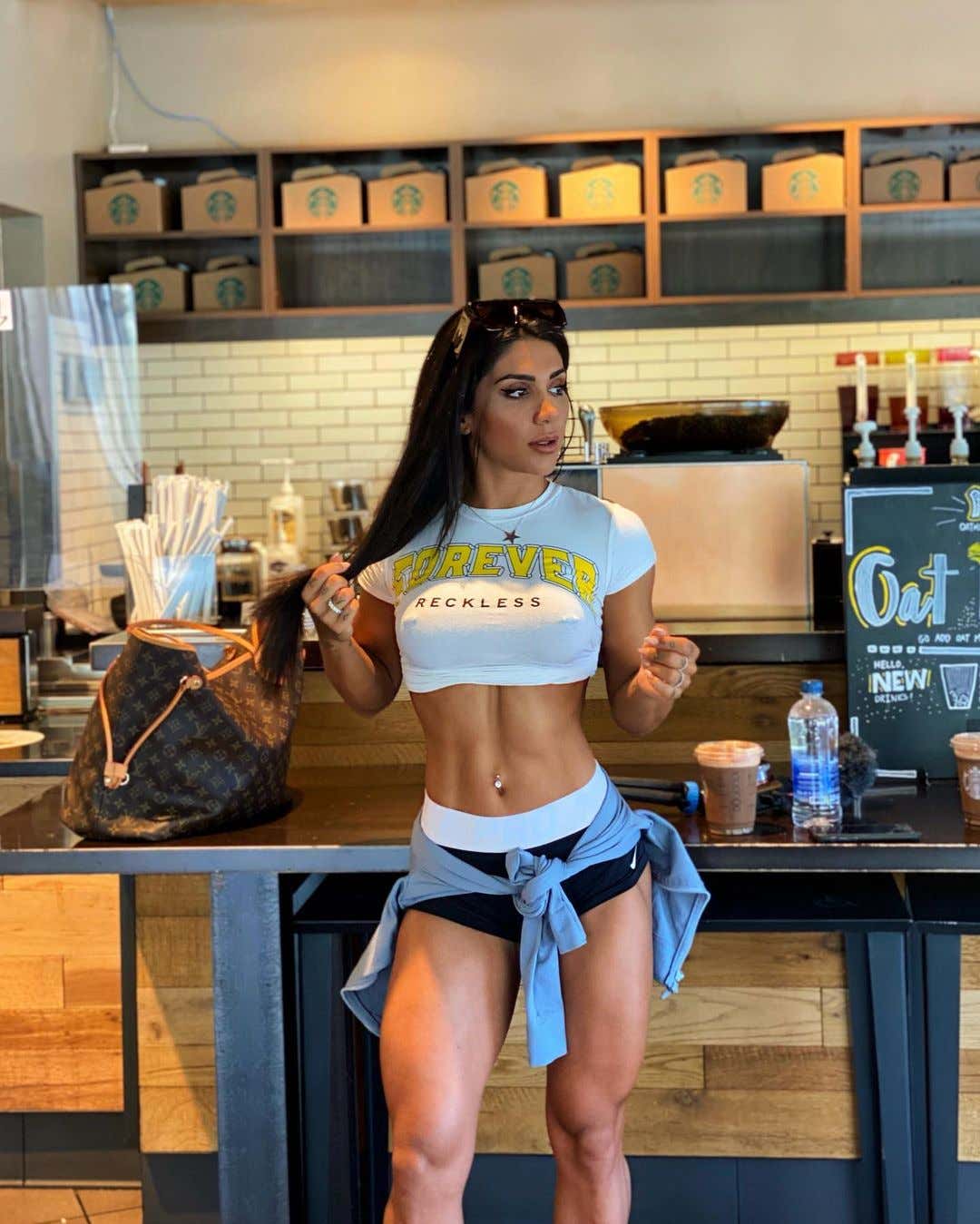 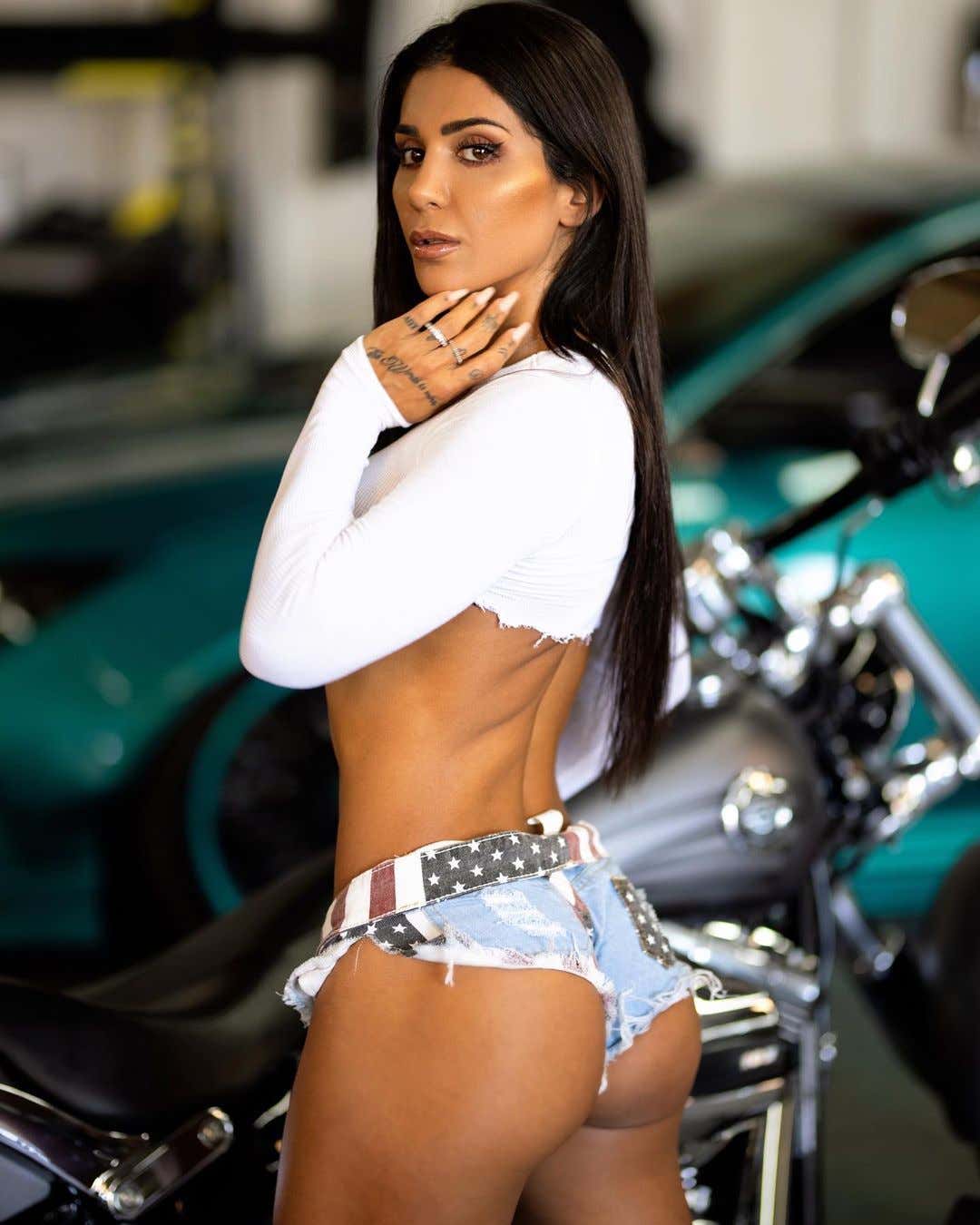 This isn't the exact outfit described, butttttt if it's the general gist of Deniz's "tank top and shorts" look…Idk, maybe not quite as crazy of a request as it was made to seem: (by me)