Today is the day. 3 pm Eastern time the Italians take on England on their home turf at Wembley Stadium.

Up until today, the greatest event that has ever taken place at Wembley was in 2000 when Oasis blew the fucking doors off the place.

Two countries, totally ravaged by Covid (Italy especially) face off in a match that serves as respite just as much as entertainment for two fanbases that desperately need it.

That final also just so happened to be played at Wembley so its safe to say that the British stink unless they're playing on their home turf.

Right now Italy is +235 which is preposterous. Or it shows just how insanely degenerate of gamblers the English are to push the money line so high. 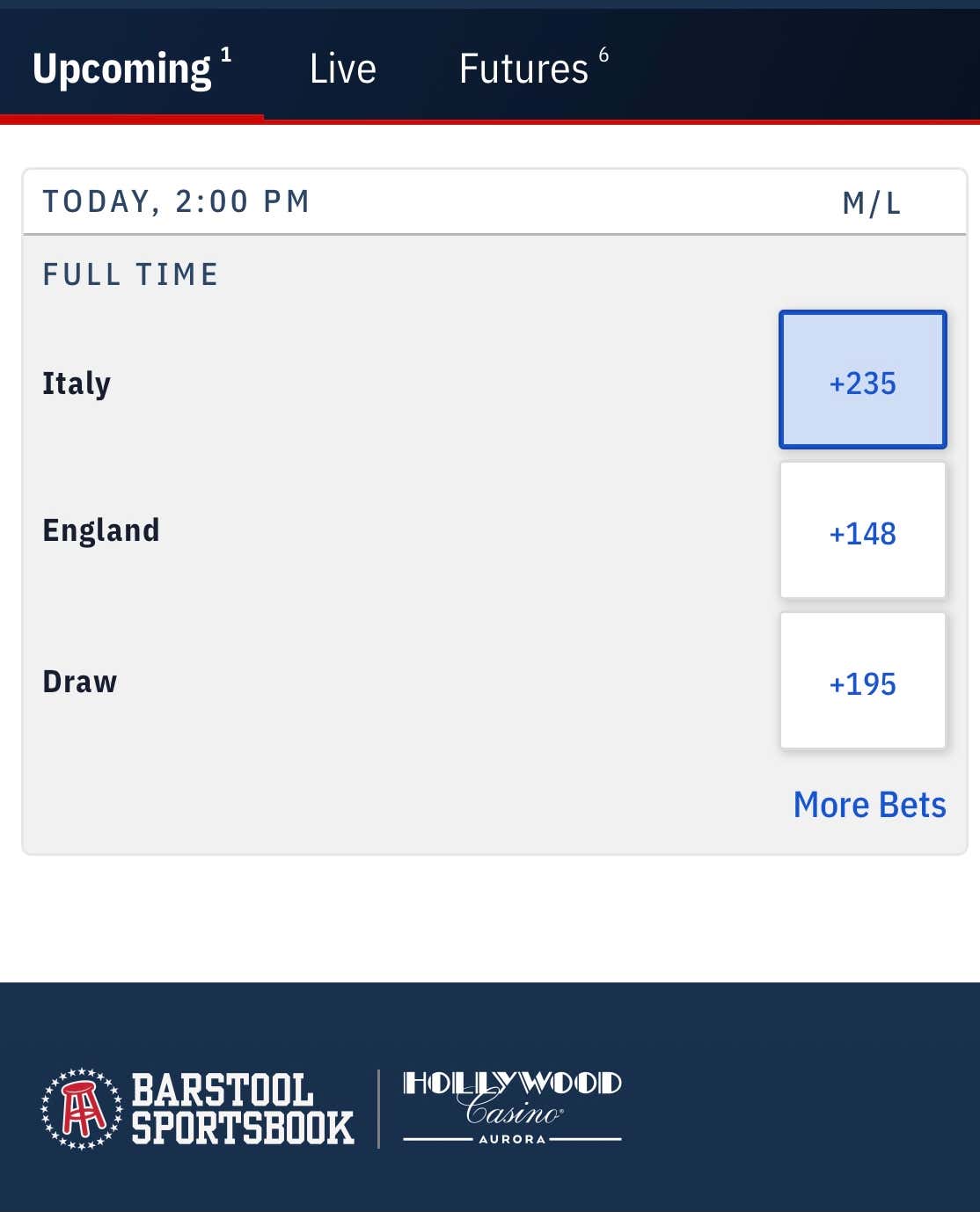 England comes into this match having won 11 of their last 12 matches, with the one draw against Scotland in group stage play. They knocked off Denmark in extra time earlier this week to qualify for the final.

Italy is just as hot, having won 14 in a row. They beat Spin 4-2 in penalty kicks to get here.

I'm no soccer expert so not going to try to be one getting into all the X's and O's and how I see this match unfolding, lets just get to the important part that everybody came here for.

Two things to know about the Italian guys. Most of them go by one name. And all of them have blazing, melt your face off, chicks.

Midfielder Verratti is engaged to this model Jessica Aidi.

Captain and striker Harry Kane is married to with Kate

Center back Harry Maguire is engaged to Fern Hawkins

Drop links to their side pieces in the comments.