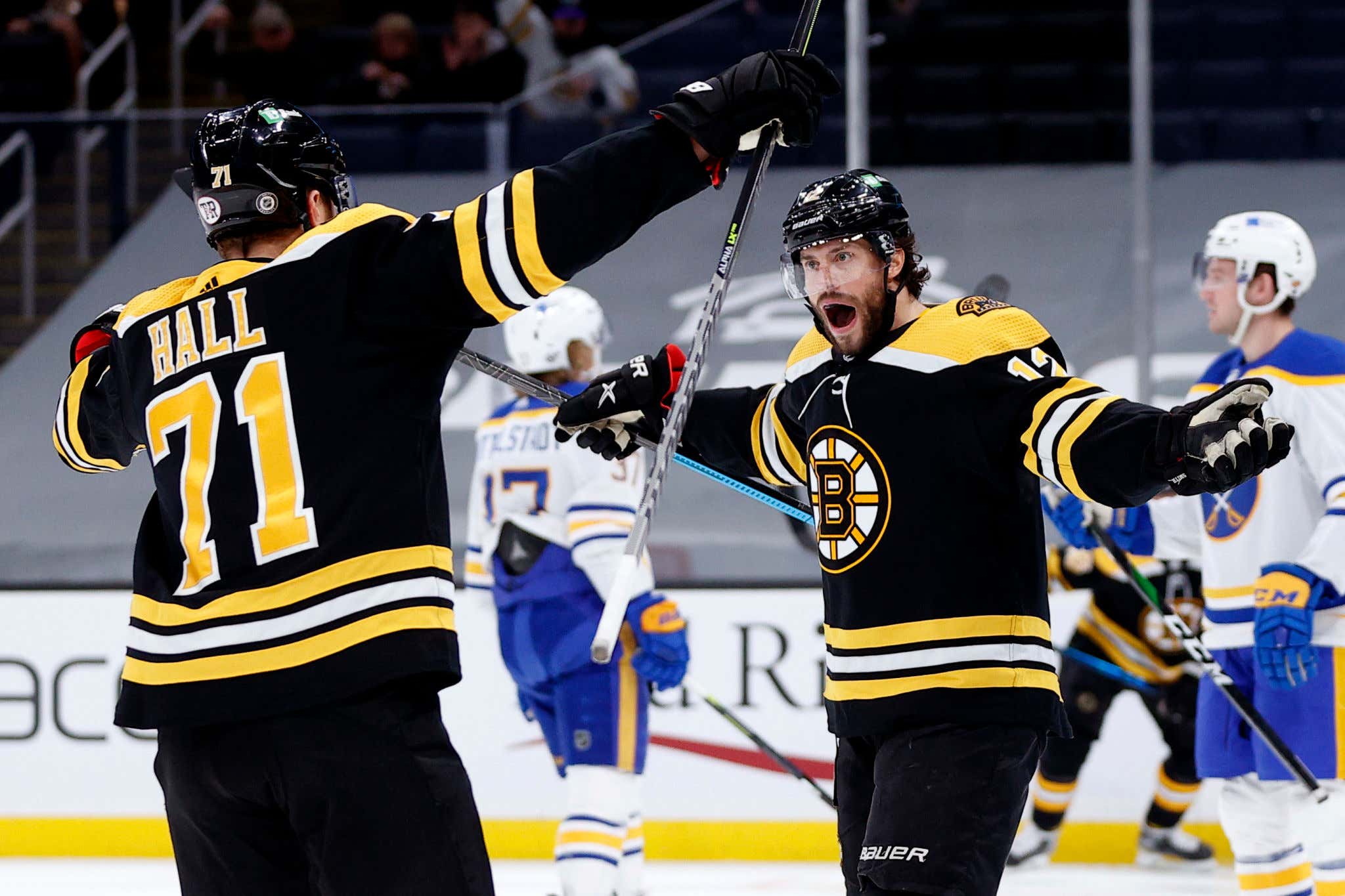 It was a fun afternoon for Craig Smith who picked up his 2nd career hat trick (first as a Bruin) in a 6-2 blowout against the Buffalo Sabres. B's pick up their 3rd straight win and have now taken over 3rd place in the East from the New York Islanders. What a day, let's get into it.

Riley Sheahan exited the box and buried a shorthanded breakaway to tie the game. 1-1.

Sean Kuraly regained the lead for the B's on a rebound late in the 1st. 2-1 Bruins.

Patrice Bergeron cleaned up a rebound to make it 3-1 Bruins.

Dustin Tokarski replaced Luukkonen (injury, looked like groin) in net for the 3rd.

Craig Smith added his 2nd of the night after finishing a feed from Mike Reilly. 5-1 Bruins.

Arttu Ruotsalainen cut the Bruins lead to 5-2. Swayman is gonna want that one back.

David Krejci found Craig Smith for the third time today, Smith caps off the hat trick on the PP. 6-2 Bruins.

- Chris Wagner (injury) and Trent Frederic were out tonight, Jake DeBrusk and Karson Kuhlman were in. First game for JD after a 2 game health bomb. DeBrusk and Kuhlman rounded out the 4th line with Lazar. Talk about speed.

- There is no one hotter than the 2nd line. Craig Smith with his 2nd career hat trick this afternoon. 3 assists for Krejci, 1 for Hall (should be 2)… that line is FEELIN IT.

- Good to see Sean Kuraly get on the board for the first time since early February. That 3rd line is starting to get going now with Coyle on the right, Kuraly in the middle and Ritchie on the left. Do I think they'll keep Coyle on the right side? No. But right now it's working.

- Yes, it's the Sabres, but you love to see different players contributing offensively. All 4 lines were going. 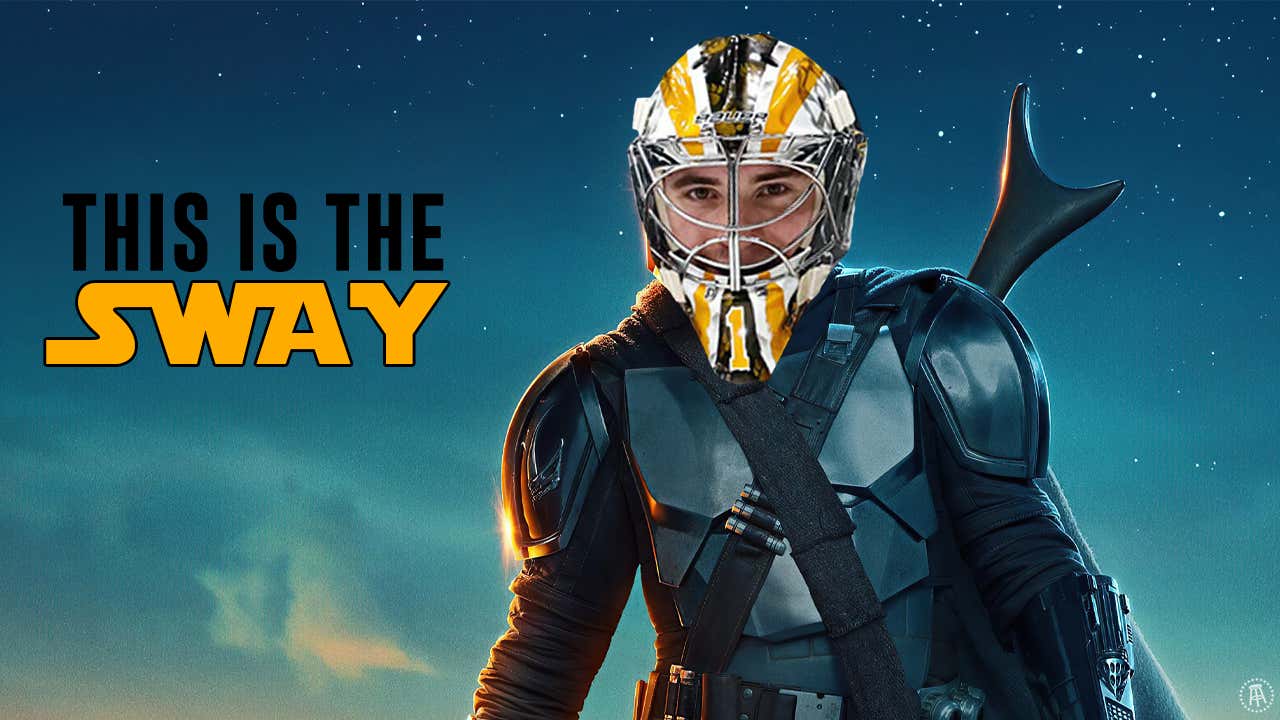 - Jeremy Swayman got the start this afternoon in net. Quiet night with 17 saves. Had one in the 3rd he's gonna want back but he did his job. I'm sure he'll get the Tuesday night game in New Jersey since it's a back to back.

Brad Marchand was named East Division player of the month for his incredible April.

A look at the standings… B's leapfrog the Islanders for 3rd in the East. 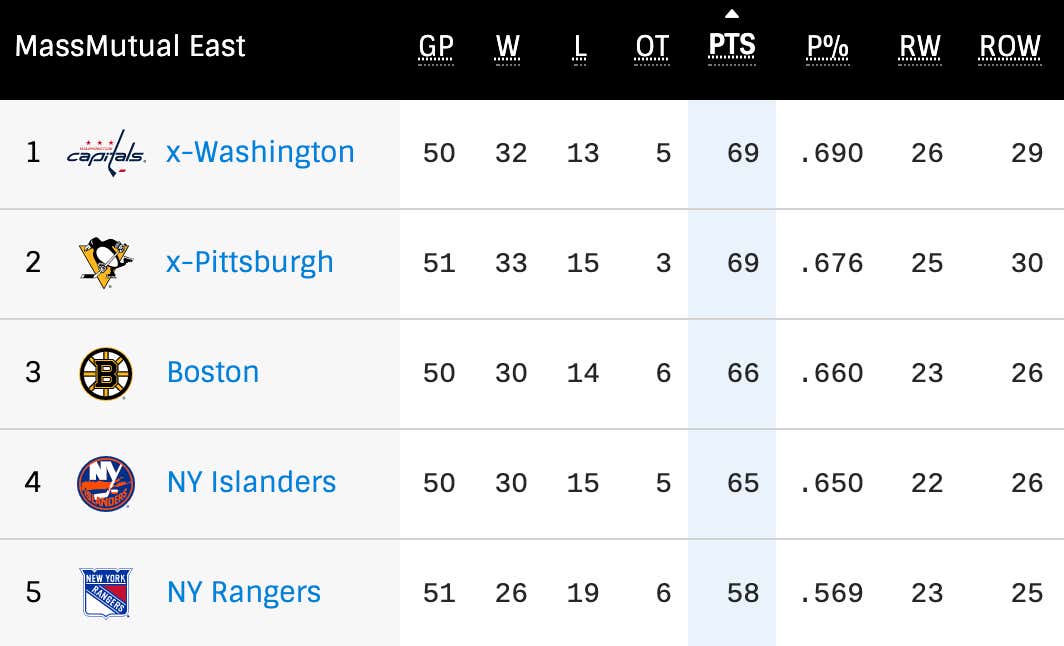 B's are back at it on Monday and Tuesday as they head to New Jersey (I'll be in the building). Brandon Carlo likely to return one of those games.