CBS News - A father has been arrested on suspicion of child endangerment after he carried his 2-year-old daughter into the elephant habitat at the San Diego Zoo to take a photograph with the animals. The man bypassed multiple barriers and "purposely and illegally trespassed" into a habitat for Asian and African elephants Friday afternoon, zoo spokesman Andrew James said.

Police said the 25-year-old man wanted to take a photo with the African bull elephant. James said the elephants were not harmed.

After Navarrete's arrest, the child went home with her mother, police said.

That elephant was about to be eating GOOD.

But you know what? I trust elephants more than I trust humans. That big boy was not going to harm the little girl. He would have picked the girl up and put her down nicely outside the exhibit and patted her on the head with his truck. Maybe splashed a little water in her face, something cute like that.

But then he would have picked up the father and spun him around like the elephant version of the Harlem Globetrotters. It woulda been Hot Sizzle Elephant Style. He woulda then punted the dad so far into outer space he would have bounced off of the Sirius XM Satellite, ending that company once and for all. He then would have belly flopped back down to Earth, exploding his body into a million little pieces upon impact.

I will say this though- you gotta appreciate this father going all out to get the perfect selfie for his daughter. I mean, shit. Most people would stay on the side of the fence without the 10,000 pound animal, but this father wanted nothing but the best for his little girl. Why take the selfie everyone can get when you can move 2 entire feet closer to the animal? 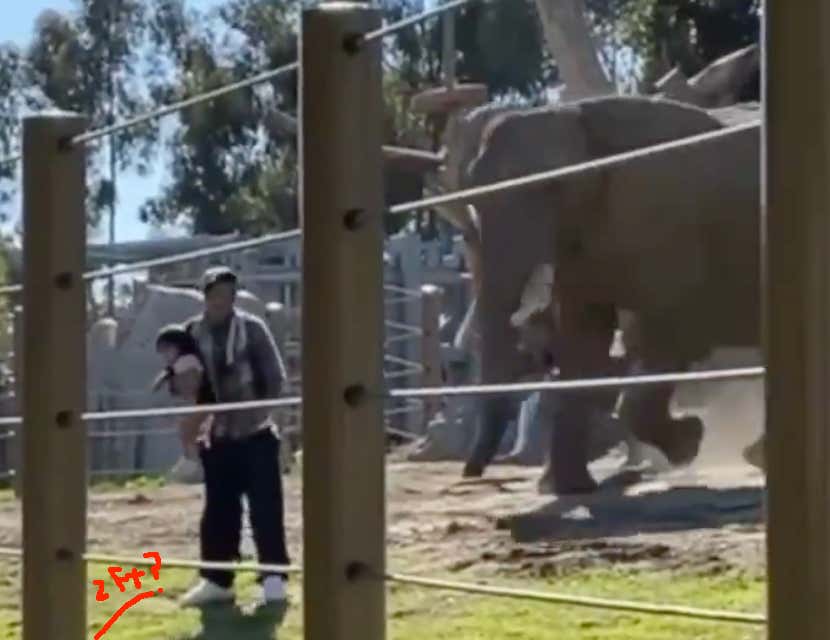 So maybe we should stop hating on him and tip our caps instead. That's called going above and beyond. Think about how many likes that would have gotten on the Gram.

Which actually makes me wonder- did he get a picture? After all of that, it seems he got jail time, a hefty fine, and could possibly lose his daughter….but did the pic turn out? I don't think any of can make a judgement on him until we find out and if so, see the pic. Only then can we decide if it was worth it or not.