Up next: The Hungry Rhino (Windsor Locks, CT)

At the Hungry Rhino, it’s all about family. They feature a full service bar with rotating IPAs, many house made appetizers and sandwiches, popular burgers and delicious wings. This local favorite is where you enter as guests, but leave as friends. 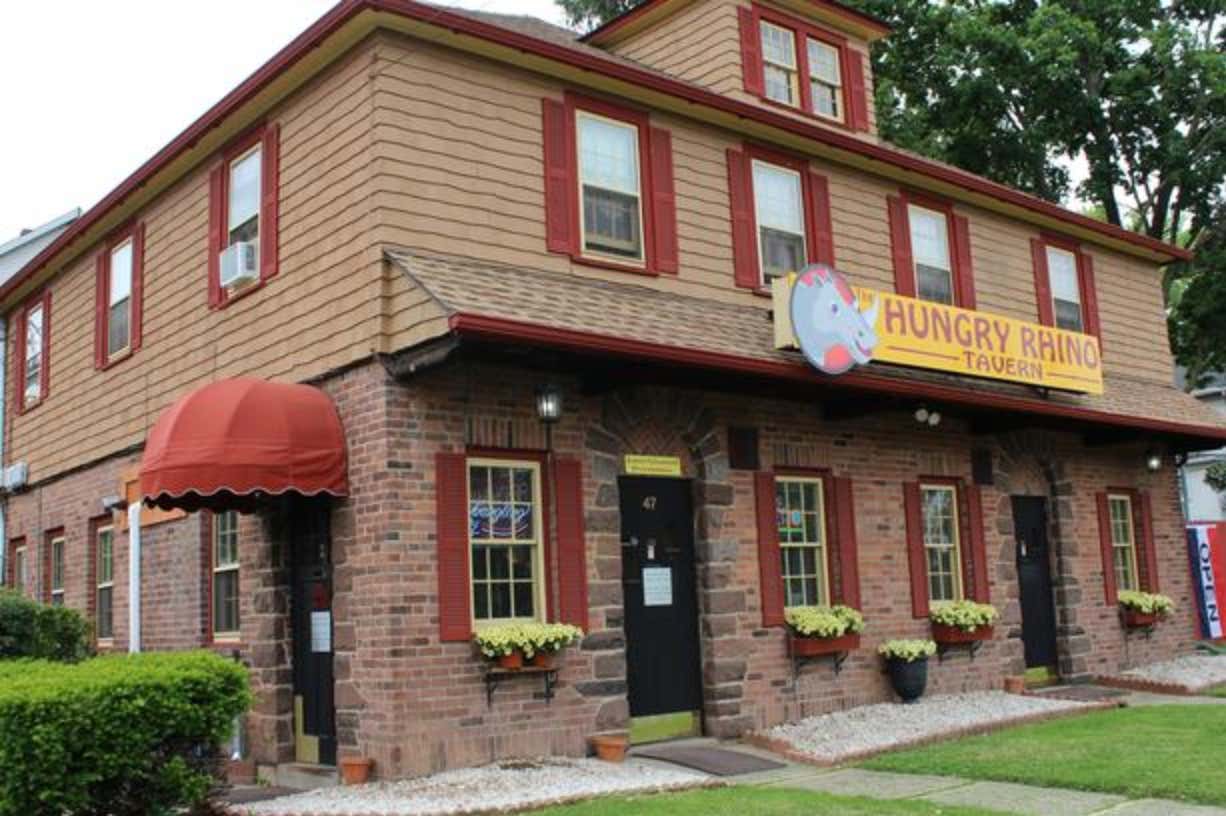 Where to start .. Bob Giannetti had a lifelong dream to own a local pub/restaurant (picture Cheers). He worked hard to achieve this and in summr of 2016 he achieved this and bought Stellas/Charles 10 in Windsor Locks. After the closing they went to the building to celebrate this exciting event. They needed to see what renovations needed to be done as well. As they were sitting there Bob got a call from his DR., You have pancreatic cancer. So the next few months were spent getting surgeries and chemo and radiation vs. renovating the bar as they had planned. Bob still spent many hrs/days/ months working his but off at The Rhino in order to fulfill his dream. Still undergoing treatment for his disease. I never saw a person work harder as sick as this man was. Janet had to work full time to carry insurance and care for their son Ryan who was 12 at the time. But still would head into the Rhino to help achieve their goal of opening. We finally opened just b4 St. Patricks day in 2017. What a great success for them. Still the little local pub and Bob made many new friends. Like Cheers we even had our own Cliff (Mugsy), Diane (Becky), Carla (me) Sam (Trent)..and countless Norms, Cliffs,& Frasiers. As the disease progressed Janet quit her Job to take over running the Rhino and caring for a very sick Bob. He never complained about his illness and would work so hard even after grueling chemo treatments, losing the use of his arm and countless other cancer related ailments. In April of 2020 Bob lost his battle with cancer leaving Janet to run the place along with raising 15 yr old Ryan (Rhino hence the name) alone. Not much family around other than her Rhino family. Bob did not get to see much of the Covid destruction of his dream due to strict restrictions in Ct and by the govt restrictions. Yes we do recognize that precautions were put in place for the good of all even though we might not entirely agree. The bar and restaurant business overall has taken a tremendous hit. We still plug away daily to ensure Bob's dream. We do have regulars that care and want us to remain open and support us all that they can. I am sending in this for Janet as she does not even know yet that I have sent this in, she is not the type to ask for help. Many times she is discouraged and overwhelmed all at the same time trying to keep the business above water. Any amount would be helpful to keep this Windsor Locks staple open for many years to come. Thank you for reading this and you are amazing by helping who you can!