“Street harassment” is a term that gets thrown around a lot to discuss crappy things in society like the stereotypical construction worker catcalling but also lumps in basic human interaction like telling someone they’re pretty or trying to strike up a conversation. It’s generally the kind of thing you could say is a symptom of an overly PC society or also just common sense and good manners not to do. But regardless of where you fall on the spectrum, the wrinkle of making the boyfriends watch it like George C. Scott in the movie Hardcore is pure genius. Especially because they stumbled upon genuine weirdos.

Like this guy outside the strip club saying “We’re hiring” is definitely a creep but that’s his role in the world, he’s a job creator for gullible or functionally dysfunctional women: 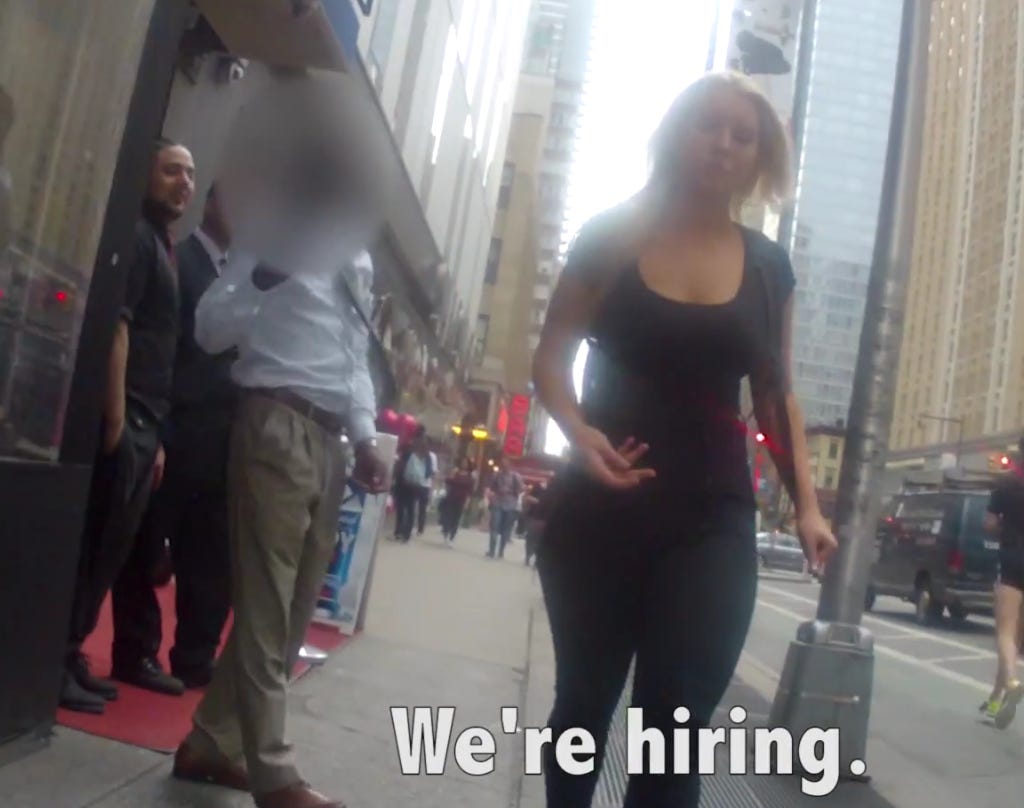 In terms of the creep rankings though, I’d put that one pretty low given that he’s a career pimp if nothing else and he did say this guy’s chick was professional-caliber hot. Meanwhile pre-Proactiv endorsement Bruno Mars will tolerate you complimenting his chick’s natural look hair but don’t you dare bring her white friend Becky into it: 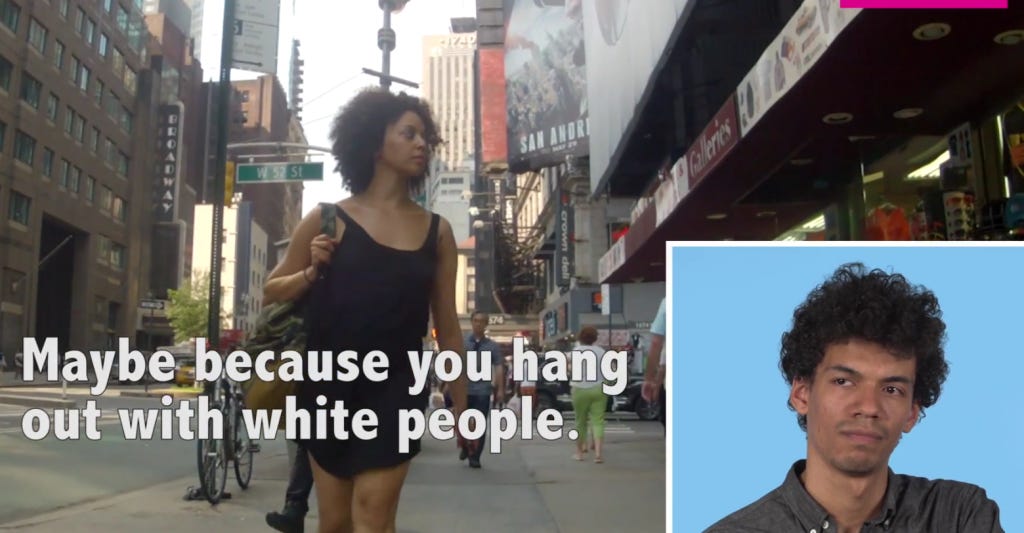 And on the far end of the spectrum, subtlety thy name is this dude who is very open to tattoos and very bad at ranking titties: 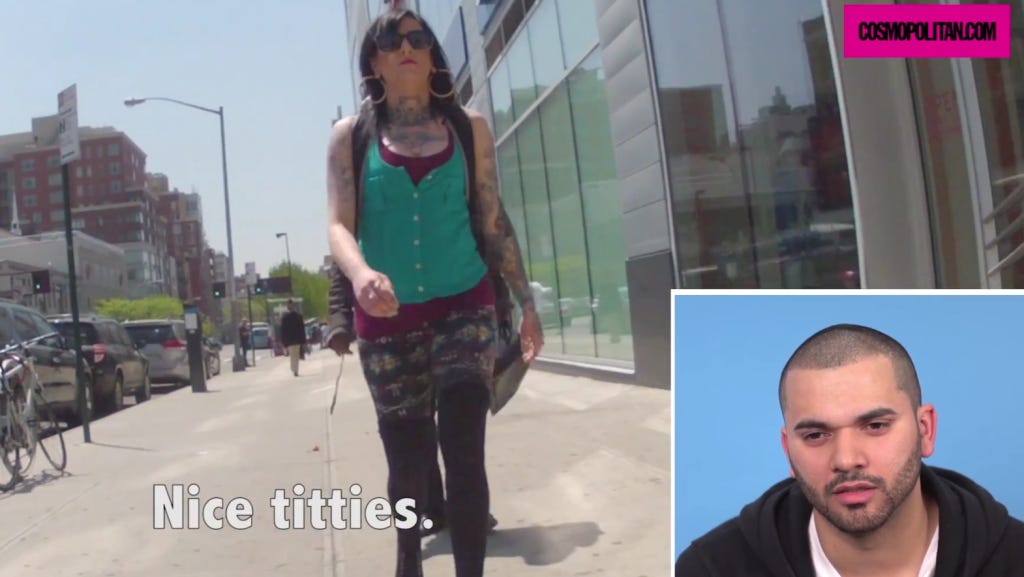