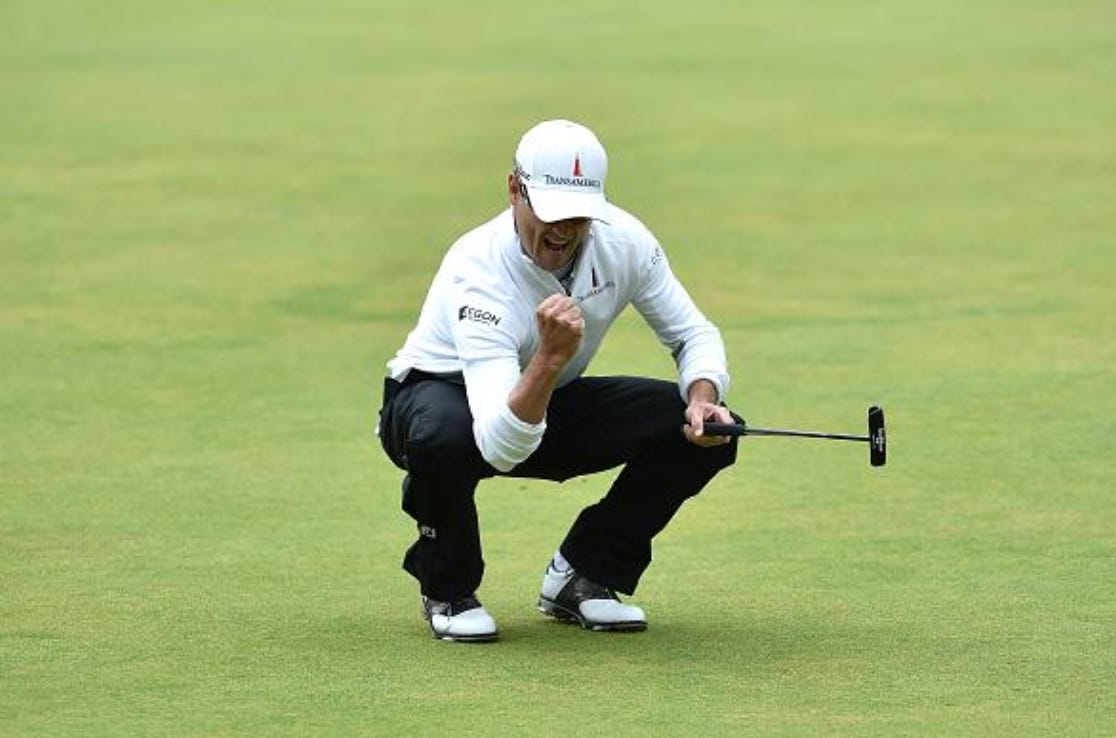 Hell yes!  Zach Johnson baby!  The pride of Cedar Rapids.  Iowa coming through in a big way.  Zach getting his 2nd major championship at the home of golf means a lot. A lot a lot a lot.  The dude could barely talk in his interview with the sensual Tom Rinaldi.  Obviously not the ending the masses wanted.  They wanted Spieth to go scorched Earth on this Monday finish and complete the 3rd leg of the Grand Slam and head off to Whistling Straits.  It looked like that was going to happen too when he sank that RIDICULOUS putt on 16 to put himself at -15 with two holes to play (and Zach Johnson in the clubhouse at -15).  The playoff without Spieth obviously felt a little off.  He missed his putt on 18 for birdie and to put himself in the playoff but it wasn’t meant to be. Again, that’s not what people wanted but you’re reading the blog of one happy Iowan right now.  We’ll get deeper into the tournament in tomorrow’s recap.

PS- Please ignore Zach’s bald spot and his oven mitts that he wears between holes.