Distractify – Ethan is colorblind, so sometimes when he sees green it looks brown or yellow, and when he sees pink, it looks silver or blue.

For his birthday, his friend James got him EnChroma glasses, which utilizes science to create a full-spectrum experience for the wearer. When Ethan tries these on for the first time, he is shocked at what he sees, even though they are ordinary office supplies.

To give you an idea of the transformation he is seeing, here are some before and after photos EnChroma created for people who have red-green colorblindness.

Here’s the chart of difference in what he’s seeing: 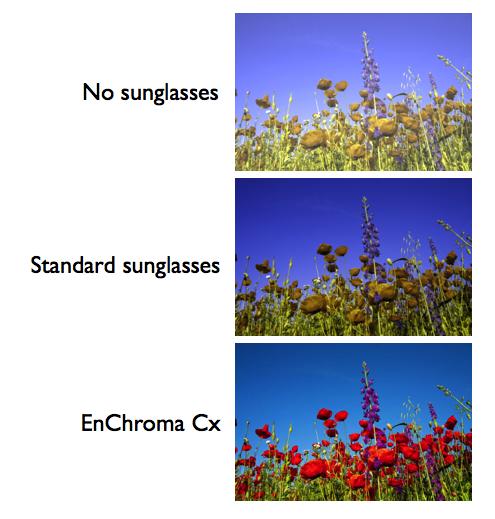 Now I’m fully aware that as a normally sighted person I can’t relate to the struggles of the colorblind, the regular blind, or the Blind Mike “blind wink wink nudge nudge.” And the difference in those photos is definitely something noteworthy. But moved to tears over it? Come on dude. What are you even missing out on? Weak outfit color coordination, slightly less engaging Barney episodes and maybe slight confusion as to why Ronald McDonald and the Fry Kids befriended a walking shit emoji in the form of Grimace. That’s pretty much it. I totally get being impressed but this level of spaz out in a feel-good video is better saved for getting full eye sight or winning a tightly lodged stuffed animal from an arcade claw machine, not this.

At the same time, the only thing I got from my first time seeing the color purple was a newfound respect for Oprah’s acting ability and a better understanding for why cab drivers never wanted to pick up Danny Glover. I guess you win this round, colorblindos.