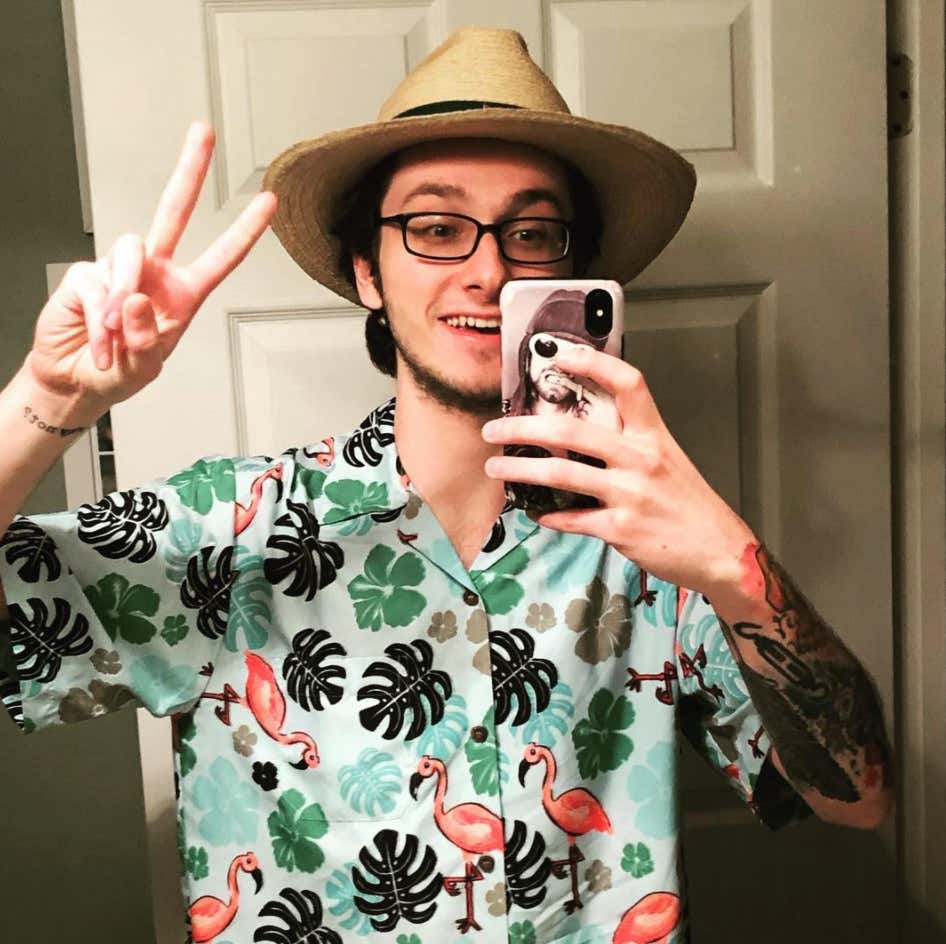 Many of you suggested that I shoulda went this Summer (and trust me, I woulda loved to have been there), but I had some issues getting a passport in the midst of the whole corona outbreak which prevented that from happening, sadly.

As I just mentioned - this IS going to be my first time leaving the country, so I never had one before!

Then, after some miscommunication with friends who got their passports expedited BEFORE COVID-19 took over the world, I foolishly assumed it would be easier for me the next time around, and I waited an embarrassing amount of time to re-apply (for the Conor McGregor v Dustin Poirier main event on January 23rd) but the rules hadn't changed at all. Basically, you can't get a passport expedited right now unless there's a life/death health emergency of some sort. Understandable.

There was a day or two there where things were lookin bleak, and I was brainstorming video ideas for what I could do if I COULDN'T make it to Fight Island/wondering if I would be watching Conor McGregor's return to the octagon from the Gambling Cave at HQ (which wouldn't be the WORST alternative, let's be honest), but then the UFC came to my rescue outta the clouds. They were able to get me an emergency passport appointment, and luckily Dave and the powers that be approved the trip immediately.

So next week, I'll be flying out to Las Vegas, quarantining in a hotel for a couple days, and then hopping on the final UFC charter to Yas Island in Abu Dhabi - an 18 1/2 hour flight overseas - to cover one of the biggest fights in mixed martial arts history.

It hasn't even fully sunken in yet for me because of how quickly this all came together, but I cannot express how excited I am. Obviously, I wanna thank the UFC for helping me out BIG TIME with the passport dilemma, and Dave for once again allowing me to go chase this once-in-a-lifetime experience. It's all gonna be worth it for the content I put out that week - I promise you that.

It'll just be me flying solo, as well; no cameraman. I'm goin old school Donnie Does with it, and I'l be filming everything myself kinda vlog-style, kinda your-dad-on-vacation style. Of course, I'll be sure to put out plenty of daily content, and then we'll likely do a big trip recap like we did for UFC 252 this Summer….

Safety protocols are NUTS (as they should be), so unfortunately this also means the end of my Jenga Season on Stool Streams. Trent and I will be selecting a substitute to play alongside him on Team ZARCH in the playoffs later today. I just can't risk being in the office before the whole 24 hour across-the-world journey, being around the people I'm gonna be around and whatnot. Hopefully y'all understand that one. I've actually gotta give myself a COVID test later this week while Zooming with a nurse before even flying to Vegas, if you can believe that! They're trusting me to stick that thing up my OWN brain tubes!

Anyway, tho - it's happening! It's really happening! I'm goin to Fight Island! Look out for plenty of International Bob content to come this month! Hopefully we'll get some check-ins with Uncle Dana, as well. Who knows - maybe we even finally get Conor this time.

P.S. I fully realize how lucky and privileged I am to receive the passport treatment I did in the middle of a pandemic, while I have no life/death emergency going on - I am insanely grateful to the UFC for making it happen. I hope not to come off as being boastful or arrogant at all about that, it's just how things unfolded.