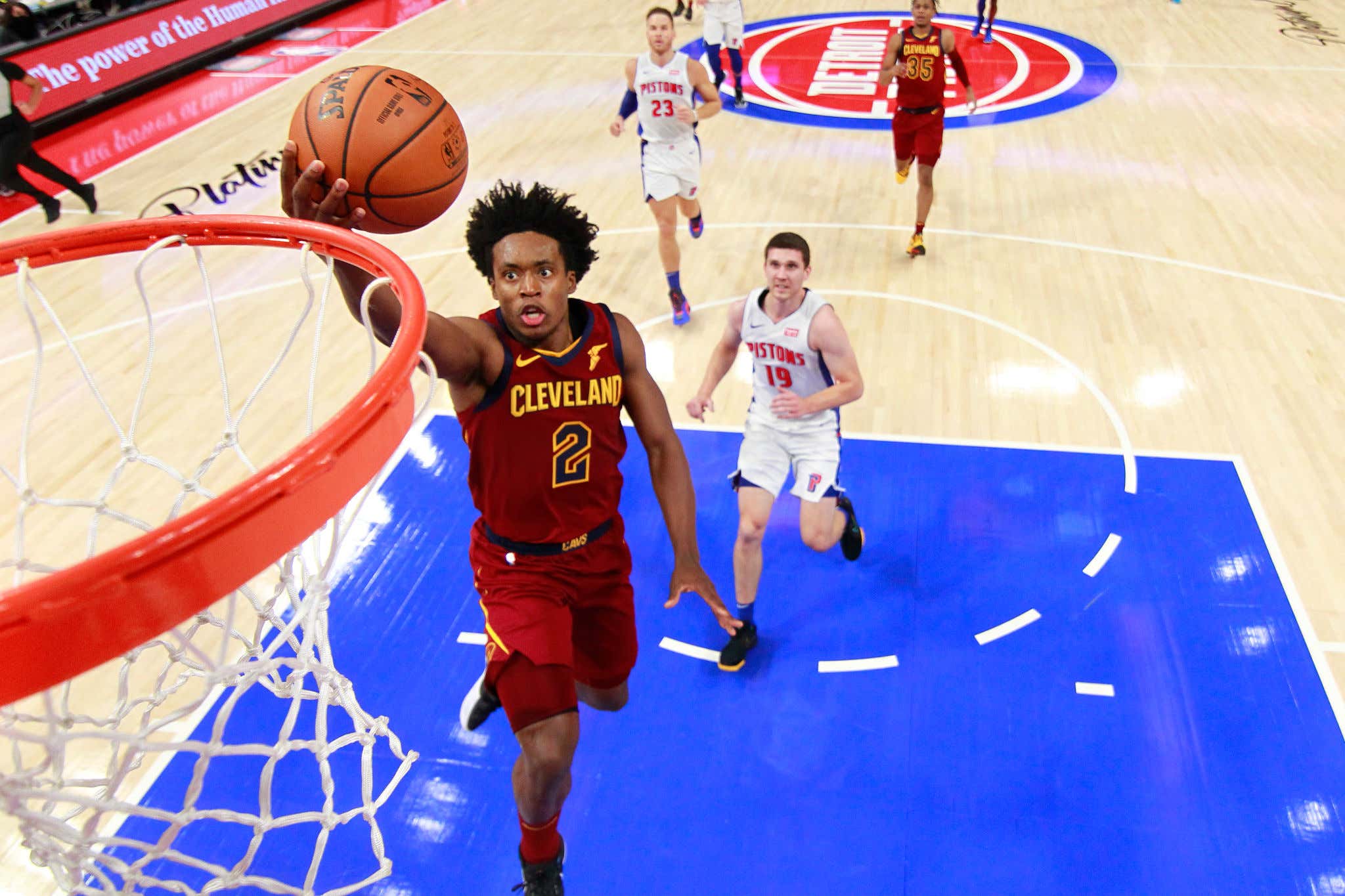 If I were to ask you to list some of the best young point guards in the NBA, what would be the list of players that quickly come to mind? Probably names like Luka, Trae Young, Donovan Mitchell, even SGA. You know whose name you don't hear a lot?

You know whose name should absolutely be mentioned when doing that exercise?

I know this isn't news for Cavs fans, but to the rest of the basketball world? I'm not hearing nearly enough hype or talk about the player that Collin Sexton is developing into. So I'm going to take matters into my own hands and give some love to a player that is quickly becoming one of the best young point guards in the entire Eastern Conference. That isn't hyperbole either, those are just the facts. The thing is, this isn't just because of how he's started this season. We have close to a 40 game sample of this new version of Sexton and in my opinion if this was happening on any other team it would be a much bigger deal.

Things really started to take off once the Cavs traded Jordan Clarkson to the Jazz on December 19th, 2019. Prior to that, Sexton had about a 25% usage rate averaging 17.9/3/2.4 on 45/28.9% shooting. Decent, but nothing that really makes you go nuts as a second year player. After that trade? His usage went up, and he finished the last 37 games putting up 22.9/3.2/3.4 on 48.4/43% with 1.9 3PM a night. The improved outside shooting is what really stood out, and while the Cavs went 12-25 to end the season, there was still reason to be excited about what type of player Sexton was turning into with this expanded role.

Enter the 2020-21 season. How do the Cavs look? Well for starters they are 3-0, which I'm pretty sure nobody saw coming. They just beat the shit out of the Sixers last night, a team that many still talk about as a Finals contender. That Collin Sexton fella? It's hard to start off a season any better than how he looks right now

Yes, the shooting will come down to earth, but this is not a small sample size fluke to me. This is what Sexton has been doing for 40 games. Whatever test you want to use, Sexton is passing it with flying colors

When you're a rebuilding team like the Cavs, hitting on your high lottery picks is extremely important. When one of those picks is part of the package you got for Kyrie, it's even more important. If you look at Sexton's development, it's hard to argue this isn't exactly what you want to see from a guy who is now one of your franchise building blocks

And while I understand that at the end of the day it comes down to wins, you first have to find the good players, develop them, and then the wins come. LeBron James isn't walking through that door again. Rebuilding in the NBA takes time, but when you hit on your lottery picks it speeds everything up. Darius Garland had a brutal rookie year, but even he looks a lot better this year playing next to Sexton which is very important for the future of this team.

What has stood out this season isn't just his offensive explosion, but signs that he's starting to come around as a defender as well. Remember, he's only in his age 22 season. Aside from continuing to improve defensively, I'd also like to see Sexton take another leap as a playmaker. Unless Garland's 33% AST% and 8 assists a game is somewhat real and he's going to be the primary playmaker while Sexton is more the scorer, I think that's an area where Sexton can still take a leap. Especially with his high usage rate.

The point is, we've seen enough from Sexton over the last 40 games to get a pretty good idea that what we are seeing is for real and it's a level of play that deserves WAY more hype. The challenge will be if this play can continue to lead to wins like it has to start the season, or if this is just a good stats on a bad team player. I don't think that's the case. I think the Cavs hit on one of the most important pieces of their rebuild and they deserve some credit for that.