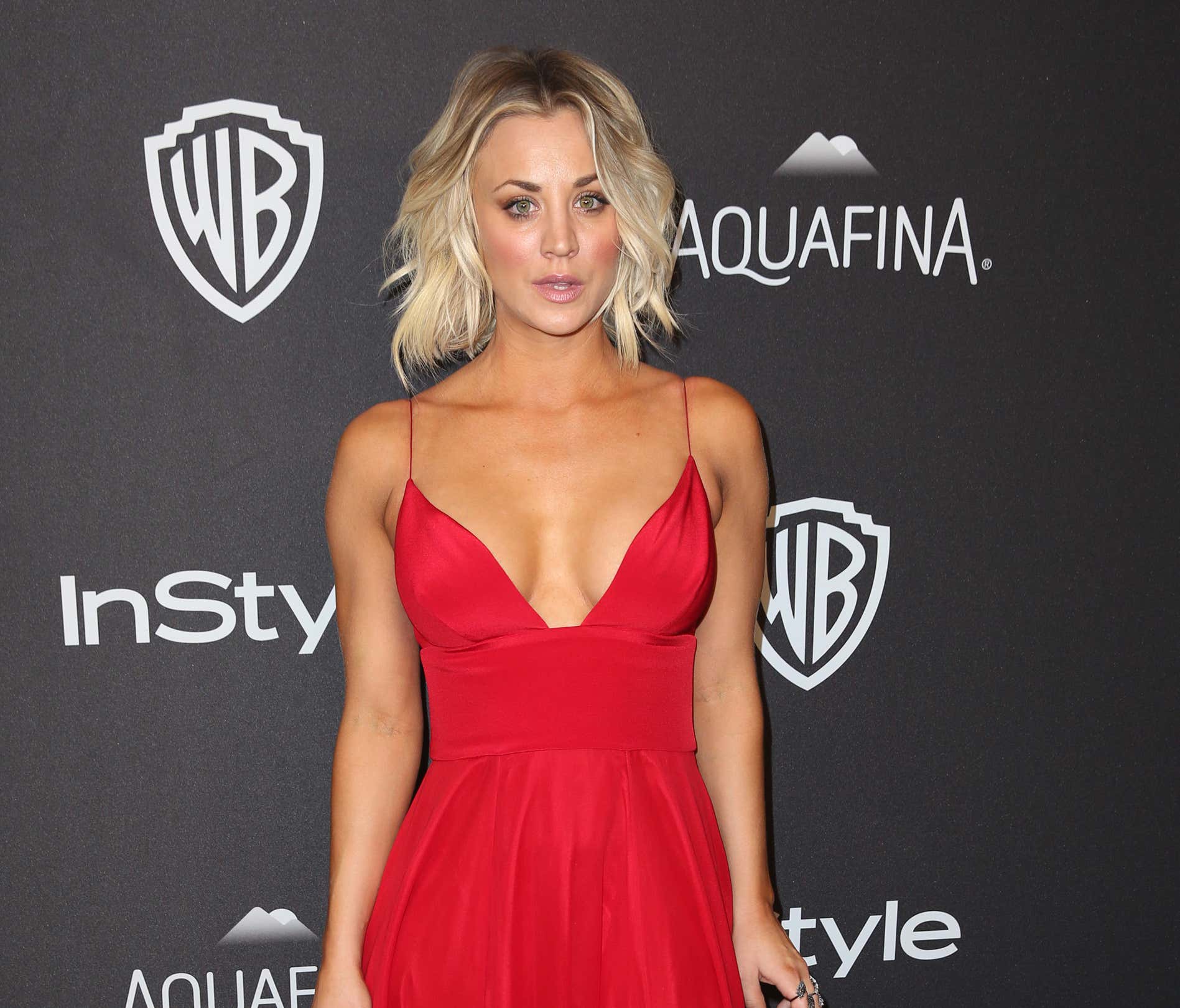 Kaley Cuoco revealed that she had to be coached by her co-star to get her through her “first true sex scene” in her new series, The Flight Attendant. The 34-year-old actress, who plays Cassie Bowden in the brand new HBO series, with the first three episodes now streaming on Binge, had to take down a few notes from her on-screen lover Michiel Huisman to make it look more believable.

However, Cuoco just couldn’t seem to get in the mood and needed a bit of a nudge on what to do considering it was her first time shooting something so intimate.

First and foremost I want to wish the lovely Kaley Cuoco a happy 35th birthday. Side note, anytime I type her last name out I automatically think I've spelled it wrong.

Any who, I did a lot of TV binging over Thanksgiving break and one of the new shows I started was The Flight Attendant starring Mrs. Cuoco herself. You might be hesitant to watch because you weren't a fan of The Big Bang Theory. I never had any interest in that show either, but gave this a shot because it was better than engaging with family members. HBO released the first three episodes last week and to be honest it's a pretty interesting watch. Cuoco plays a flight attendant who is a complete and utter mess. She drinks constantly and sleeps around as she deals with this little thing we call life. The plot centers around her having sex with a dude she met on a flight and then waking up in a hotel room with him dead next to her. From there her world spirals out of control as she tries to figure out what the hell happened. HBO Max has it for you if that was a good enough tease. I think you'll be surprised.

As I mentioned, Cuoco's character sleeps around a bit. She gets involved with the male lead Michiel Huisman at one point. Once the filming of the sex scene got going Cuoco claimed she had no idea what she was doing. Classic. Where have I heard that before? *ducks

“Network 8 o’clock TV is a little different than (streaming) all hours of the night. I had scenes like that on Big Bang, but this was like a true sex scene. I told Michiel, ‘I’ve never done this before. Have you done it before?’ He goes, ‘Yeah, like 30, 40 times. And I was like, ‘What?’ I’m like, ‘I don’t know what I’m doing.’ So he had to awkwardly teach me how to have fake sex.”

As someone who still hasn't the slightest clue what he's doing during actual sex, I can't imagine trying to fake it for the cameras. Up until a certain age that I will not disclose out of embarrassment I assumed actors and actresses actually got it on in movies and shows. Sometimes it still seems so real that I trick myself that it's actually happening.  Well, I feel your pain Kaley. Turns out you and I have some similarities after all! After watching the show it seems she got some solid tips on the sex part! If you have some spare time in the future and want to give me some pointers my DMs are open in my Instagram here: @eric_hubbs.

Give the show a whirl if you're bored. Three episodes are already out with two more coming this Thursday and two the following Thursday. December 17th looks like the series finale. Enjoy.