Source - A Florida man proved that his pooch was truly his best friend when he rescued the dog from the jaws of a small alligator.

An October clip shared to TikTok on Thursday showed the brave man coming out of a pond with the small reptile and his even smaller dog. The dog can be heard yelping and barking as the man grunts and struggles with getting the alligator's jaws off the dog.

A brutal fight between the alligator and the man ensues, with the man finally freeing the dog. Getting clear out of danger, the dog runs out of the yard. From the brief visual it did not appear to be injured.

If you didn't watch that video with the sound on go back and watch it again. It's a thousand time more dramatic when you can hear the guy struggling. That poor dog too, I can only imagine how terrified it must've been. Thank God it's okay. The only thing I think of when I see videos like these is, "would I do the same thing?" Would I jump in the water if I saw my dog being attacked by a gator and the answer is yes. Obviously it's one thing if it's a dinosaur, but if I think I have a semblance of a chance at saving my sweet Stella's life (RIP) I'm jumping that water ten times out of ten.

That said, that guy was going in no matter what. I mean he was FISHING for that thing. The video starts with him completely submerged... 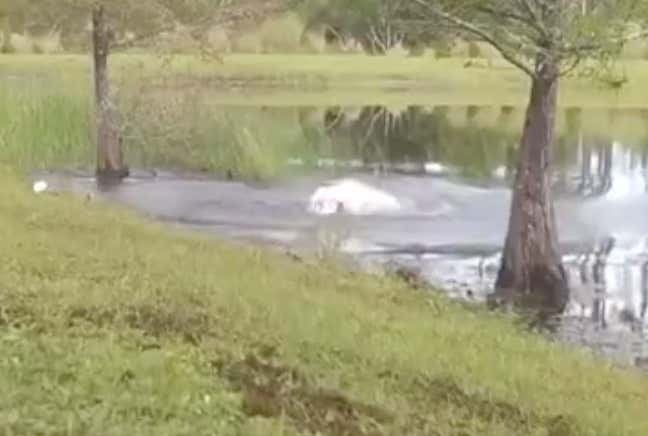 What a psycho. Thank God he was able to get his hands on it and free the pooch… 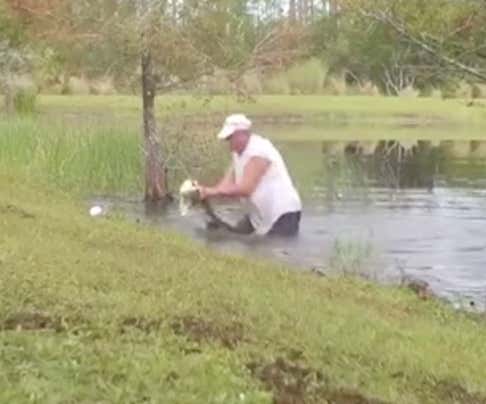 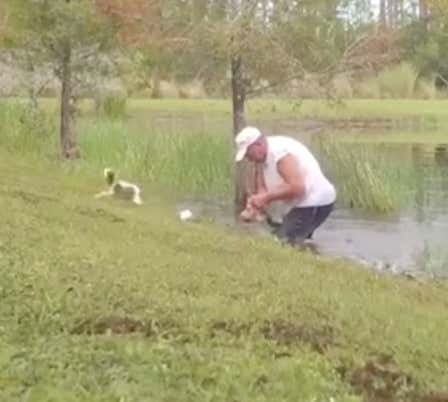 I guess the video ended with him throwing the gator over the fence but if it was me I would've turned it into a pet. Nothing would be more disrespectful to the gator than a life of domestication. Oh well. Glad they're both okay. The whole thing reminds me of the famous Steve-O/alligator park video…

What a classic. Have a great weekend.