The Source - On this day in Hip-Hop history, the prolific Wu-Tang Clan took the first steps of one the most powerful careers to date by releasing their debut Enter the Wu-Tang (36 Chambers) LP. With a martial arts title and righteously murderous lyrics, this may be one of the most ferocious and raw debuts Hip Hop has ever seen. RZA, GZA, Ol’ Dirty Bastard, Inspectah Deck, Raekwon, U-God, Ghostface Killah, and Method Man were all in rare form, rapping with chips on their shoulders and something to prove.

This album brought cultural reform to Hip Hop. With its conception, New York’s hardcore movement was at its apex. Wu-Tang did not focus on the glitz and glamour that came along with Hip Hop status. Much like the kung-fu movies they emulated,  the Wu had a preoccupation with being the most righteous and skillful MC’s on the scene. This attitude toward their craft tempered the collective into Killa Bees, lyrical warriors who were constantly sharpening their swords for war. Their 10,000 hours of training opened the door for artists ranging from The Notorious B.I.G. to Jay-Z to Mobb Deep. They were the voice of the slums and popularized retaining one’s rough edges among a more polished musical aristocracy.

If you don't know what 36 chambers is bro, get fucked.

There's coming in with a bang and then there's Enter the Wu-Tang (36 Chambers). It set the bar so high not just for debut hip hop albums but for music in general. Wu-Tang let the world know with such an irrational force, taking no prisoners, giving zero fucks, and holding nothing back. And the public ate it up.

So much has come out about what went into the making of this album and continues to come out and I can't get enough of it.

The fact that RZA handled ALL the recording, production, and engineering for the entire album is crazy.

The fact that he forced all 8 members of the Wu to be present for every part of the recording process and actually managed to get them to be might be one of the greater modern miracles.

The fact that he determined who would get to rap which verse on which track by having everybody battle rap each other is incredible.

A couple other fun facts -

The demo tape which begat Enter the Wu-Tang (36 Chambers) is a fascinating affair. “Bring the Ruckus” is fleshed out with a (subsequently unclearable) sample and some alternate lyrical performances, while tracks that never made the final album include “Wu-Tang Master,” “Problemz” and “The Wu Is Comin’ Through.” Most intriguing though is “It’s All About Me,” which references De La Soul’s “Me Myself And I” and flows forth in an uncharacteristically lackadaisical manner.

According to the Firehouse Studio owner, it cost Wu-Tang $300 in studio time to rent the studio to record "Protect Ya Neck". And they paid in all quarters.

The story behind the album’s iconic cover has also become one of hip-hop’s favorite ruses. Only six members of the Wu-Tang Clan are pictured on it, and all are sporting stocking masks over their faces. The regular rumor has it that with certain members of the Clan otherwise inconvenienced for various reasons, some of the group’s management team stepped in to take their place.

There's actually a great backstory on it from the photographer here 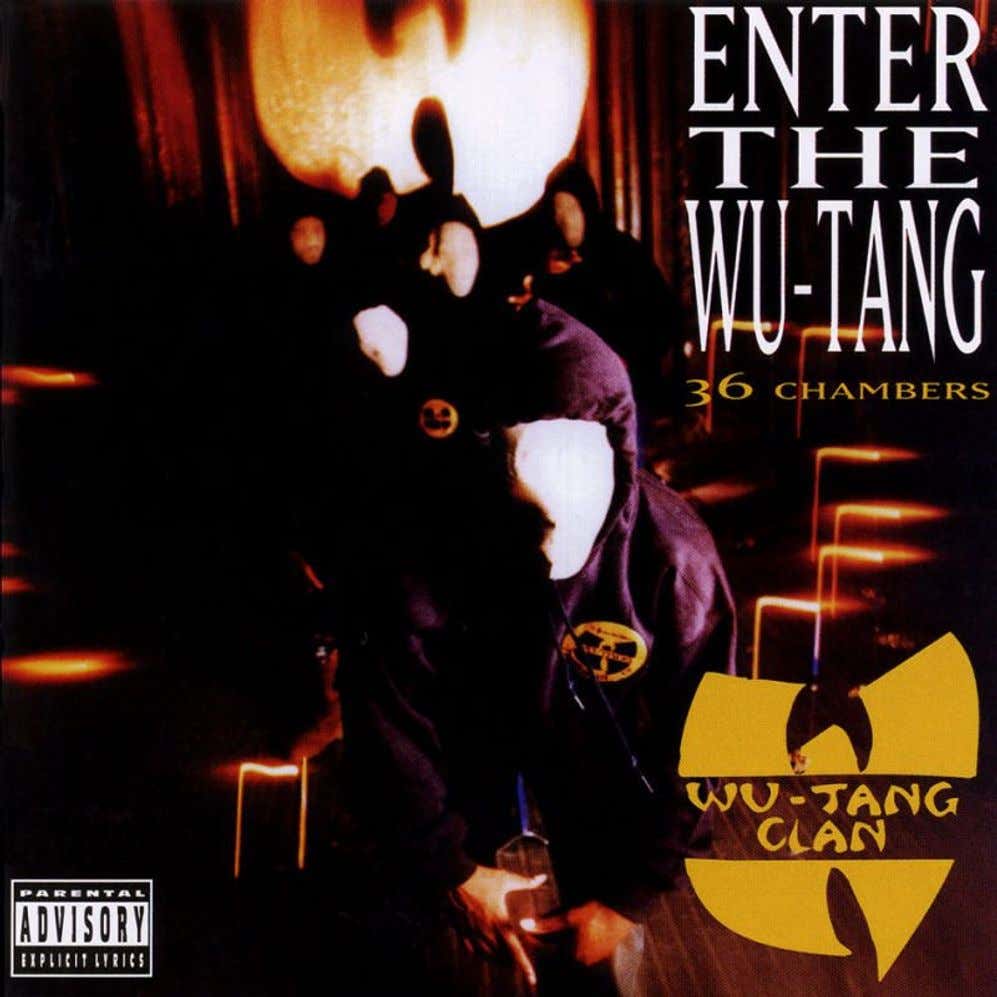 There are actually two different pressings of “Protect Ya Neck”, with a later version from 1993 swapping in “Method Man” as the new b-side cut.

Commercially, this album was a surprise hit. Even though locally in New York Wu Tang was very well known nobody knew how their sound would translate nationwide. Not that the group gave a shit whatsoever. The response was beyond anybody's expectations, and the album hit as high as #41 on the overall Billboard charts and #8 on hits Hip Hop sales chart. Quite a debut for an album without a ton of marketing behind it. It went officially platinum in 1995.