This is a trip down memory lane for me. I would never consider taking part in any of the transgressions I'm about to talk about in this blog as the current 31 year old professional that I am right now, but there was a time when I loved getting scuzzy just for getting scuzzy's sake. The next time I'm in Vegas, there's not a shot in hell I'm staying anywhere but The Tropicana, aka the best property on the entire strip. That's called "bildungsroman" - a coming of age.

It's as simple as that, and we assumed we'd only need a place to crash after our 2nd blackout of the day where we rifled through whatever limited amount of money we had at the time. It sort of became a tradition for us, and as we got older, it didn't matter that we were making more and more money. We were always staying at Hooters Hotel & Casino no matter what. Really dumb of us considering the Trop is right across the street, but you live and you learn.

Walking into that dump was truly incredible for us. Its smell is still burned into the back of my brain and one that I'll never forget. Ya know what else I'll never forget? The $2 blackjack, craps and roulette tables. If you're ever in the need for a breather from gambling high stake $10 minimum games, Hooters was (keyword) the place to be. The clientele was amazing too; just imagine the kind of people $2 minimums attract. Incredible people watching. Those games got INTENSE.

But Hooters Hotel & Casino met its demise last year in what is one of the worst deaths I've ever witnessed:

Absolute fucking shame. Memories were made (and lost) at that place many a time for me. It also bred what was one of the funniest pictures of all time for me personally: 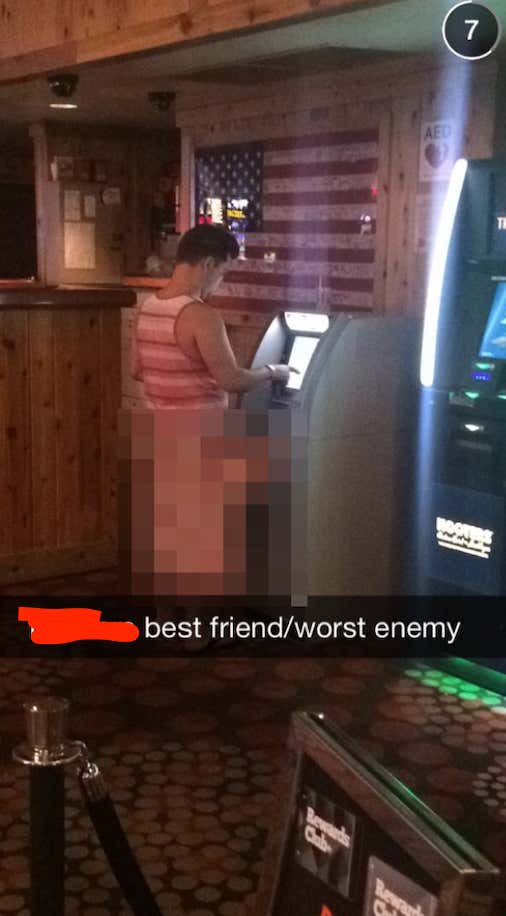 This is a HS friend of mine taking what was probably his 100th trip to the Hooter's ATM that day. No, he's not naked and no, he's not trying to have sex with the ATM, but another buddy had some filter thing on his phone that could blot out pictures as if he is naked and trying to fuck said ATM. This picture will never not be on my iCloud. I pull it up a time or two a year and each time I do, I laugh hysterically at myself. Just perfection in every way. Later that night Hooters security escorted him back up to his room because he was too drunk. He tried to shower, slick back his hair and throw on a button down/slacks as a sort of disguise, but security was legit waiting for him outside the elevator and dragged his ass right back up to the room. I saw it happen in real time and pissed myself in laughter.

Oh the memories of that place… and it's #BACK!…. Sorta. I've been getting marketing emails from OYO Vegas for the last few weeks, and it looks like they're open for bidness. 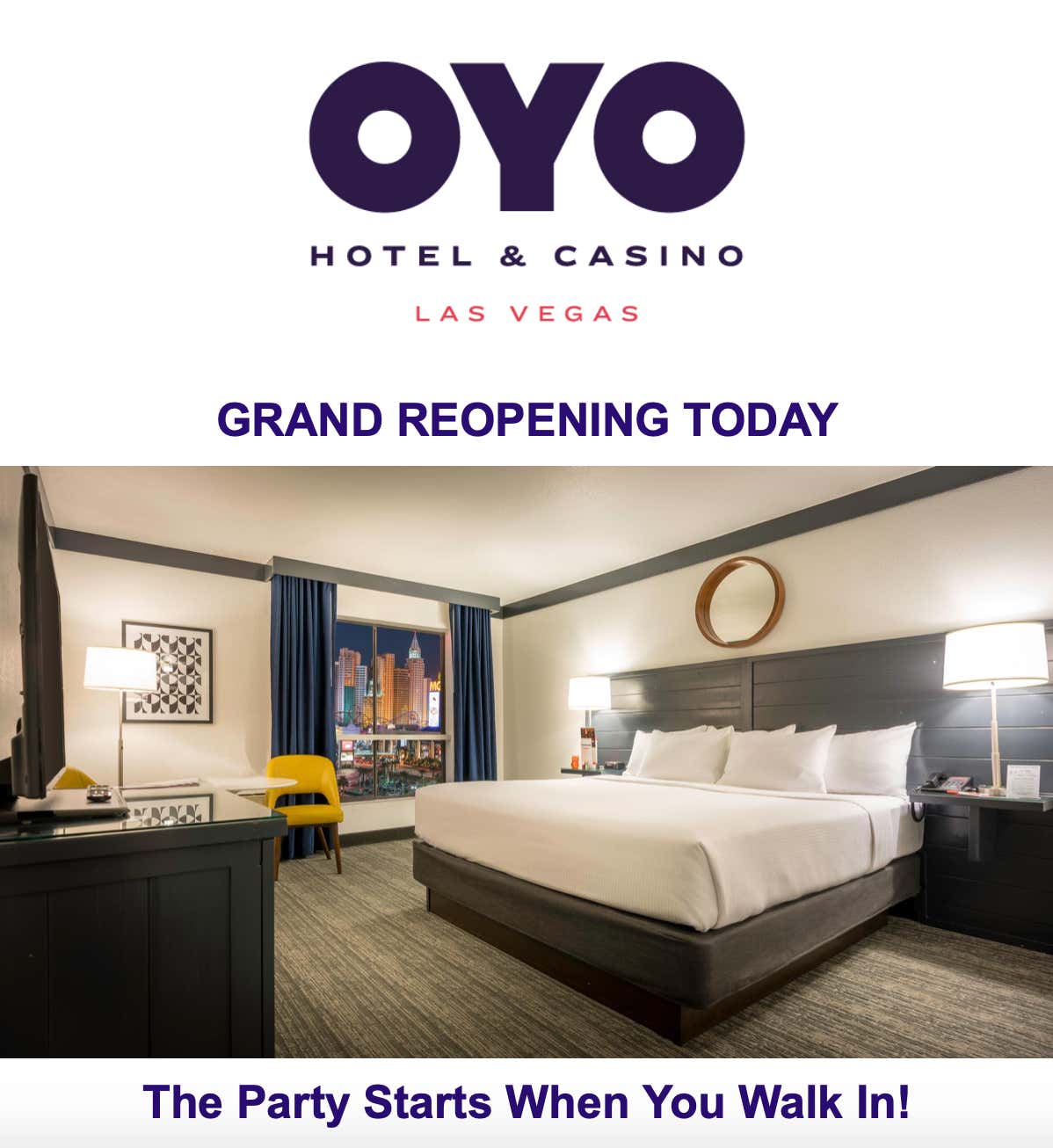 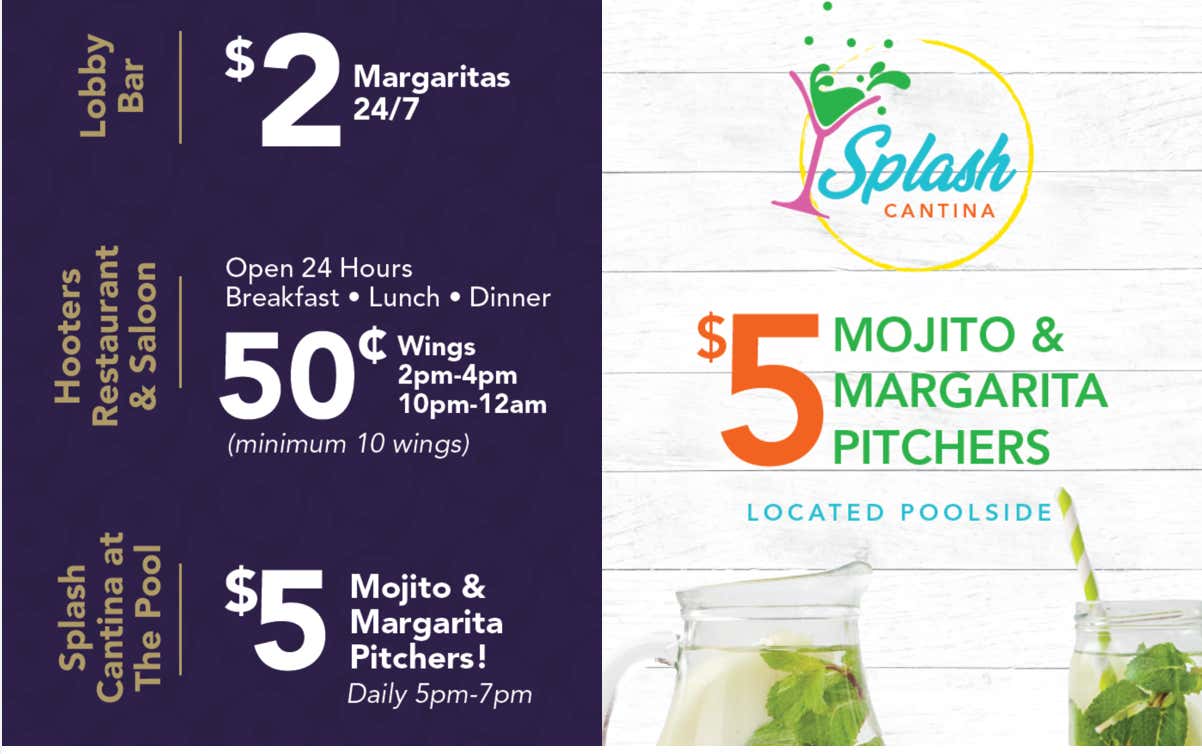 Too bad for them that I'm a Penn National man through and through now and fully recognize that Penn casinos are the A1 properties both on and off the strip and I wouldn't think twice before stepping foot in their dump again, nor should you or anyone else. Gimme The Trop every single day of the week and twice on Sunday. That said, I'd be lying if I said getting spammed with emails offering $2 margs 24/7 didn't jog my memory back to my early 20s scuzzball days. The days when life was simple and all about cheap blackjack mins and not about the glitz, glamor or fame. Good times, good times…