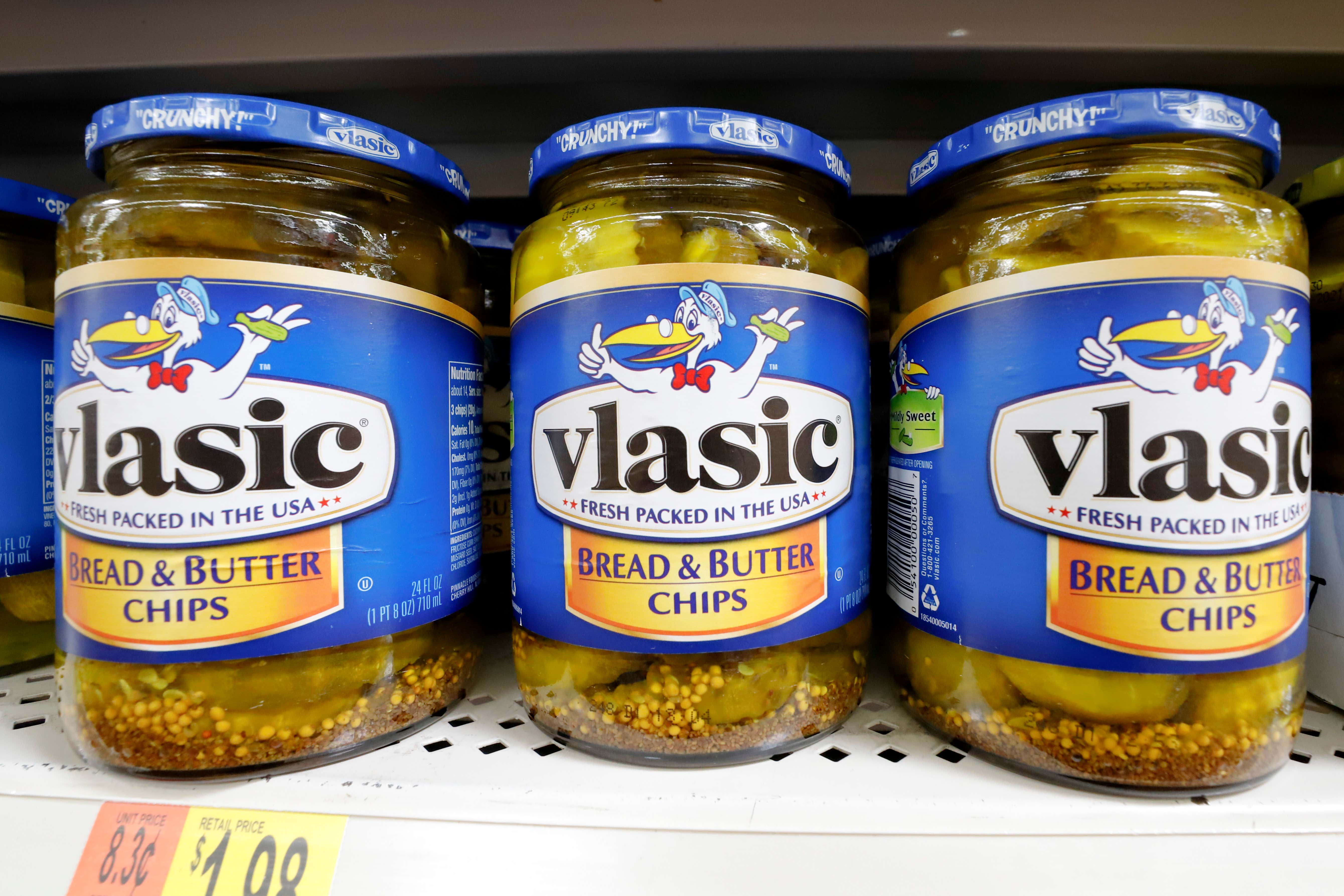 Food. We all like it. Honestly one of the only things that we can all get behind is the fact that you need to eat in order to survive. Sometimes you eat a whole bunch of things all at one time to sustain you for the majority of the day. Typically that happens about 3 times a day and those are called meals. But sometimes in between eating a whole bunch of things all at once, you get the urge to eat a smaller amount of things to tide you over until the next time you eat a whole lot. That is called snacking.

All quality snacks, no doubt about it. But there's one snack out there that dominates them all, though more often than not it is not even considered a snack at all. Sometimes it is considered a condiment, sometimes it's considered just a spear that gets thrown on the side with a handful of potato chips when you order a sandwich from a deli. Sometimes bloggers on Barstool Sports [dot] com go out of their way to avoid this glorious snack at all costs.

As I'm sure you've picked up by context clues by now, as well as the headline of this post, I am talking about pickles.

Now I have to be honest with everybody here. I've never really worked an actual office job before. So I'm not exactly sure if this isn't the case already or not. But it's time that we normalize grabbing a fork and cracking open a jar of pickles as standard snacking procedure.

It has pretty much everything we're looking for in a snack. It has the saltiness. It has that tang from the brine. It has that crunch. Typically you're going to be eating your pickles straight out of the 'fridge so it's going to have that refreshing coldness to it. And most importantly--eatability. You can crush these things and you won't end up feeling super shitty about yourself. Sodium intake might be a little high but it's not like you're dominating a full family sized bag of chips. It's not like your taking down a whole sleeve of Oreos. You can eat a shit ton of pickles and it's not going to be weighing you down the rest of the day.

Fact of the matter is when you add up the final score of everything that pickles have to offer, it is truly an elite snack. The only issue would potentially be your breath after eating, but just keep some mints our mouth wash on hand.

By the way--I've just recently discovered that they make snack sized resealable bags of pickles, which are absolutely perfect for road trips. I had to find out the hard way that eating out of a jar of pickles while driving is an awful idea. One quick touch of the brake pedal and you turn into Dennis Reynolds eating cereal.