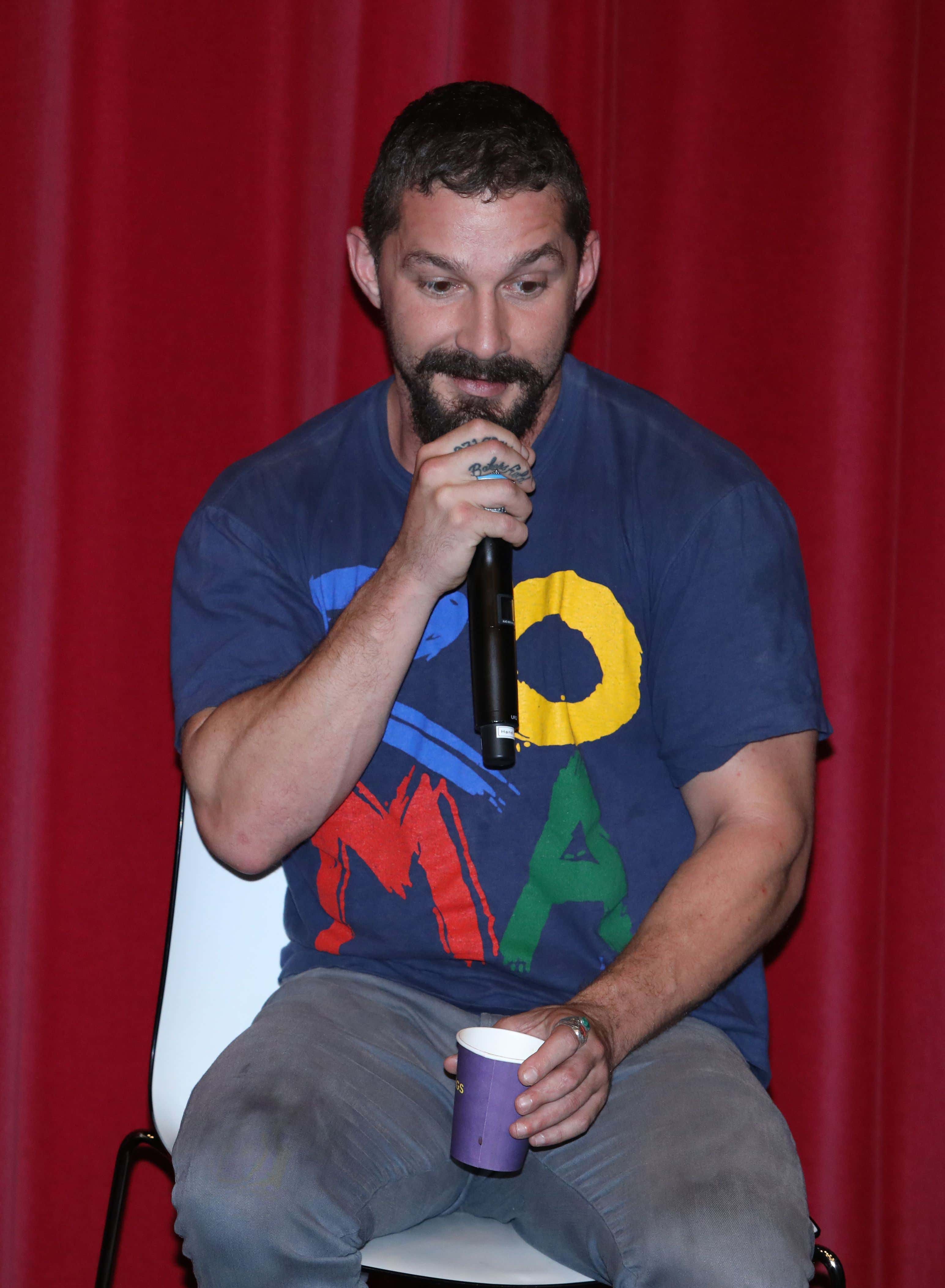 Source - The 34-year-old is set to star as a tax collector for a crime lord in the upcoming crime thriller The Tax Collector, which requires a certain kind of look. But instead of just turning to a make-up artist for some help, Shia decided to turn to permanent solutions to look as hard as nails. It turns out that the elaborate tattoos all over Shia’s chest are not only real, but were for one solitary role.

Goodness. Gracious. This isn't the first time Shia has gotten a tattoo for a movie role, but this one seems like a bit much. Call me crazy but I think Shia Day Lewis mayyyy regret getting the word "Creeper" tattooed across his gut someday. The entire thing is just preposterous. Look at these photos... 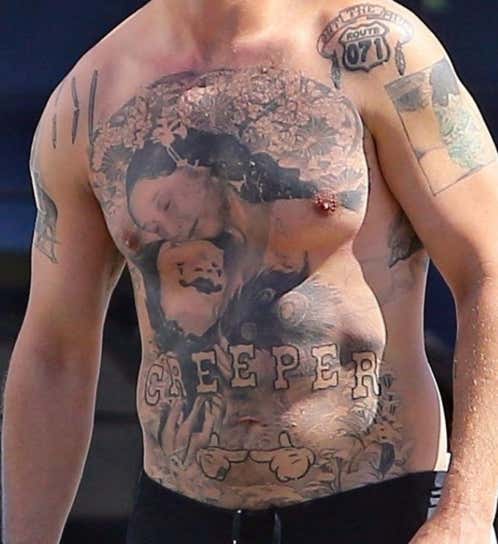 WHAT IS THAT?!?! Why are there Mickey Mouse hands pointing to his bellybutton? Is that a woman leaning on a panda? I don't know. I guess I shouldn't be suprised considering he has a history of doing this kind of stuff…

Shia previously got tattooed during the filming of American Honey, although that wasn’t for a character. The Disturbia actor got 12 tattoos at various tattoo parlours with the rest of the cast, including tattoos of Missy Elliott on his knees – which annoyed the director greatly as Shia kept showing up to set with different inkings at different parts of the movie.

But perhaps the most commitment he’s shown to a role – on par with his chest illustrations – was when the lengths he went to for his role as a soldier in 2014’s Fury. To play WW2 soldier Bible, Shia slashed his own face and got a tooth removed for the height of authenticity. His co-star Logan Lerman told GQ: ‘We were in make-up and they were putting cuts on Shia and I said, “Yeah, yeah, it looks good”. And Shia was like, “No it doesn’t look real”.

Nothing says commitment to a role like slashing your own face but still, what a psycho. Having said that, the movie looks fantastic. Can't wait. Here's the trailer. Enjoy.