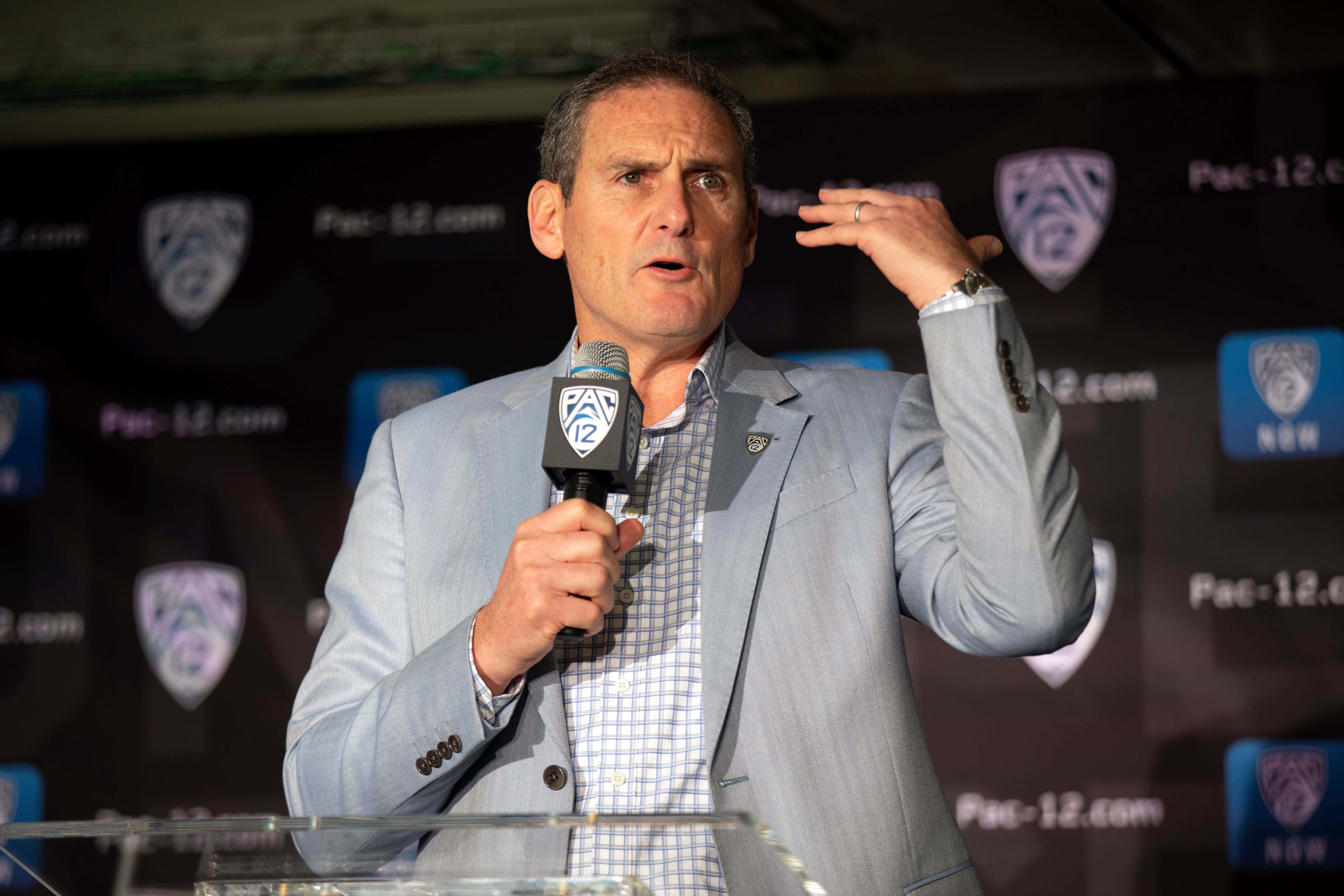 After COVID-19 started to really impact the states that his conference's schools are located in, Larry Scott took a pay cut in early April. The Pac-12 commissioner actually had some good press for a change:

What a noble effort!

It turns out his 20% pay cut was really just 5% of his annual salary:

That’s only five percent of Scott’s annual salary. And if he’s not basing the cut off his gross pay, it will be a lower percentage. Which is only to say that if I’m one of the 12 university presidents and athletic directors, I’m looking at Scott today and wondering if he’s willing to start leading in a way he hasn’t before. Because what he has here is an opportunity to emerge from all of this with some momentum.

Of course, 265k is a lot of money. Maybe that pay reduction may have saved a couple jobs, but in reality, the 5% (or even less) off of his annual salary? Not sure that required a PR campaign over his own pay cut.

It's also time to discuss how much these commissioners get paid. $441,667 per month, not year, is ridiculous even without considering the guys he governs get paid essentially nothing. That's 5.3 million per year! I'm sorry, that doesn't make much sense! It's also not like Scott has taken the Pac-12 to some never seen before level. Scott was named the commissioner of the Pac-12 in 2009. Think about where the Pac-12 was then to now. I mean when there were rumors that the Pac-12 wasn't going to play football this fall the sentiment on Twitter was "okay, whatever, not like they were going to be in contention anyway." The same goes for their basketball prowess. Since Scott took over, just 1 team in his conference has made it to the Final Four. Just one! Comparing that to the 11 years before he became commissioner, the Pac-12 (it was 10 back then) sent 5 teams to the Final Four.

When kids grow up they want to be lawyers, doctors, bankers, etc. Seems like we should be teaching them that the easiest way to make mid-6 figures a month is to be a conference commissioner.