Things are slow in the NBA right now while we all sit and wait to see what the hell happens with Orlando. Seeing as how we live in a world where you have to fill the time saying outrageous shit on the internet/tv/radio, it's no surprise that all this down time has given us some white hot fire flames hot takes.

Well, I saw two this weekend that legit melted the skin right off my body the second I was done reading them. Two takes so utterly ridiculous I almost couldn't believe they were serious.....but they were. Living people with actual function brains that you know truly believe in the complete bullshit they were spitting.

In the event you have no idea what I'm talking about, let's set the stage with our first take.

Ah yes, Ryan Hollins. A man who is certainly not new to the idea of not knowing what the fuck he's talking about. Listen don't hate the game, the man is on TV to say ridiculous things and then get shit on by anyone within earshot. People have made millions doing just that so I don't blame him. The game is the game.

I think what he is trying to get at here is he's suggesting the time off is drawing the line between who is staying in shape and working out during quarantine and who isn't? At least I hope? I guess there might be some truth to that. Guys who take their profession seriously despite the unknown but are staying ready vs guys who got fat as shit during quarantine. But if his stance is that "real" hoopers will go to Orlando no matter what, despite any sort of medical risk or social movement, and "fake" hoopers won't.....well that's the stupidest thing I've ever heard.

But that was just the appetizer.

Jesus Christ. What are we doing here? Listen, I know all about pumping the tires of your own guys. I make a living off it. But let's stay on planet earth for a second, is that too much to ask? Maybe this was a troll to Clippers fans out there, but from everything I could tell this dude was serious when he uttered the words "I think Alex Caruso is better than Lou Williams straight up"

At what…..basketball? This is why people can't stand the Lakers and their fans. They did this exact same shit with Kyle Kuzma last season. How'd that work out? This isn't me saying Caruso isn't a fine player either. He is. He's legit as hell on the defensive end and has found a nice roll with this Lakers team. But under no circumstances is he a better basketball player than LOU WILLIAMS. I mean what are we even doing here 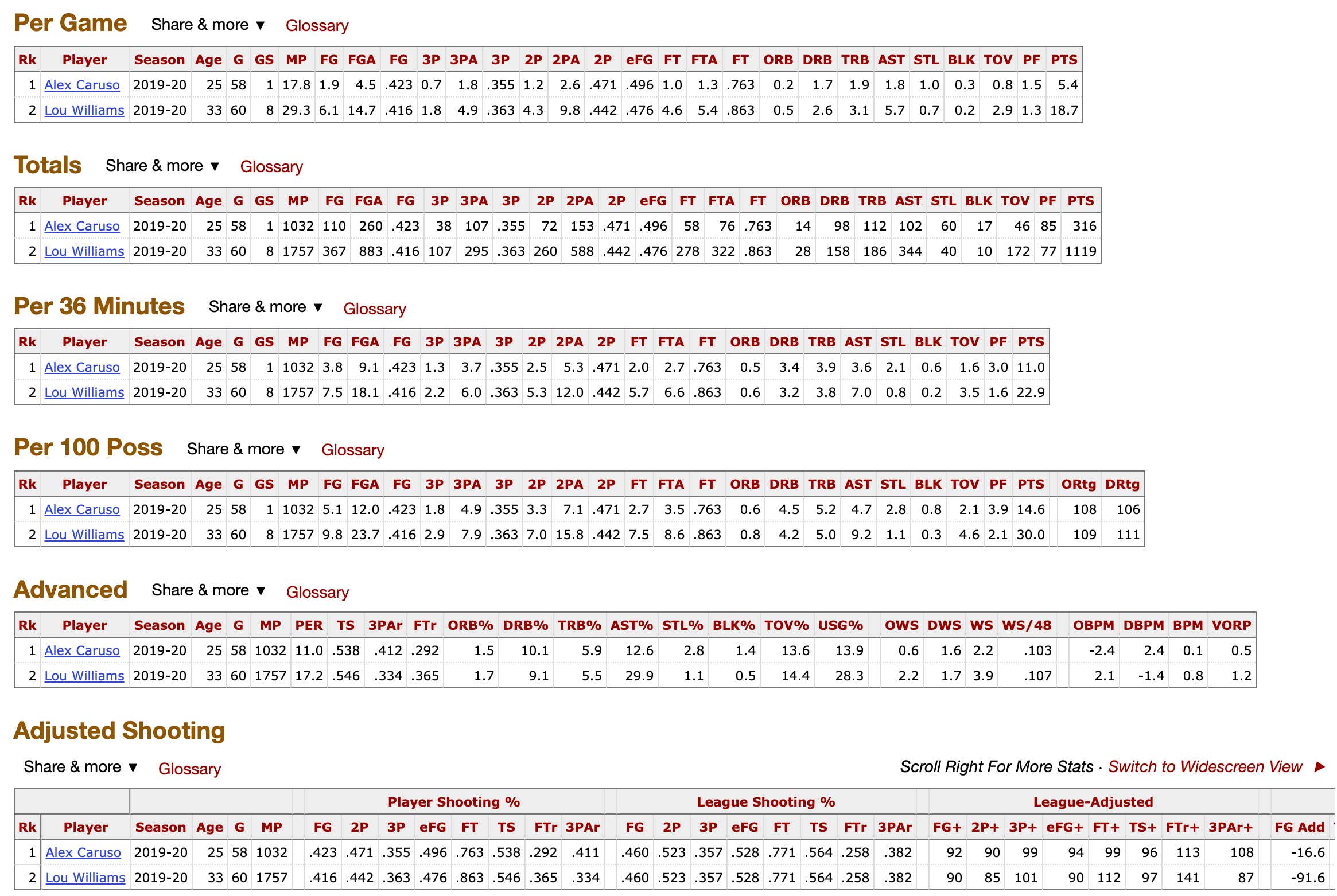 I'm triggered and I'm not even a Clippers fan. We get it, Caruso is fun for NBA Twitter and memes and all that shit. It was a little funny when he got all those All Star votes just like Tacko did. But it was a joke. This right here is a real life sideline reporter saying something foolish while being 100% serious.

Even if you didn't want to use, ya know, actual production and instead preferred the eye test it's still not even a discussion

I just can't help but notice how many Lakers fans/team reporters/etc are no longer playing the Kuzma > Tatum card we kept hearing about last year. Something tells me now that they can't do that anymore this is just the next iteration and quite frankly it's even more disrespectful. To me, this is how you know people around the Lakers are afraid of the Clippers. It's not just the 1-2 record head to head, but the depth in talent isn't all that close and they have to say shit like this to spin it that the Lakers wouldn't be in trouble in a 7 game series.

We see a lot of hot takes thrown out almost every day on these internet streets, but these two right here, at least for me, are the hottest of the NBA's hiatus.