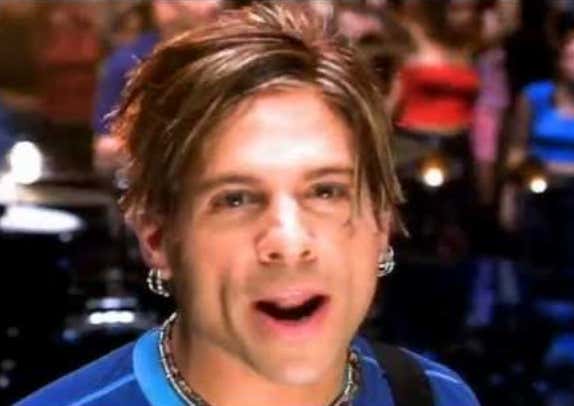 Look at this guy!!! What a legend. I will never get tired of watching old late 90's/early 2000's music videos and being in awe of these lads with their hoop earrings, puka shell necklaces, and incredible haircuts. Mitch Allan, the lead singer of SR-71, absolutely dominated this look. The whole band was exactly what you'd expect. I mean check out my man here: 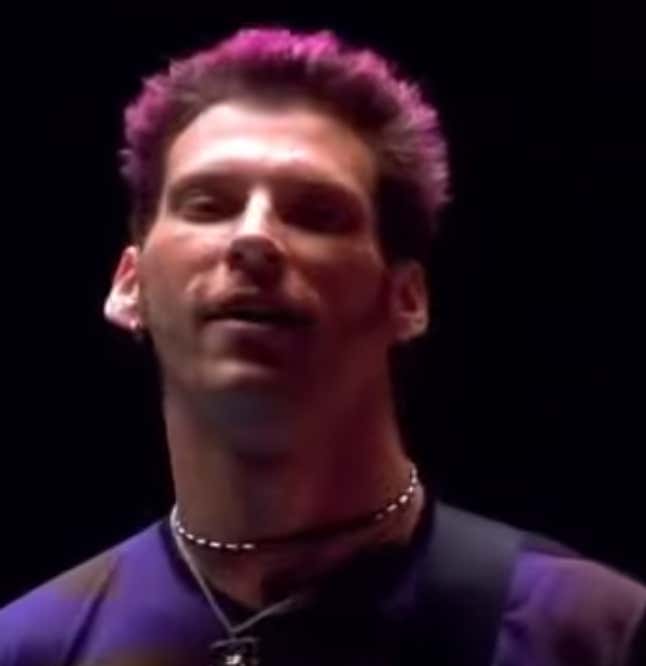 And then the drummer, 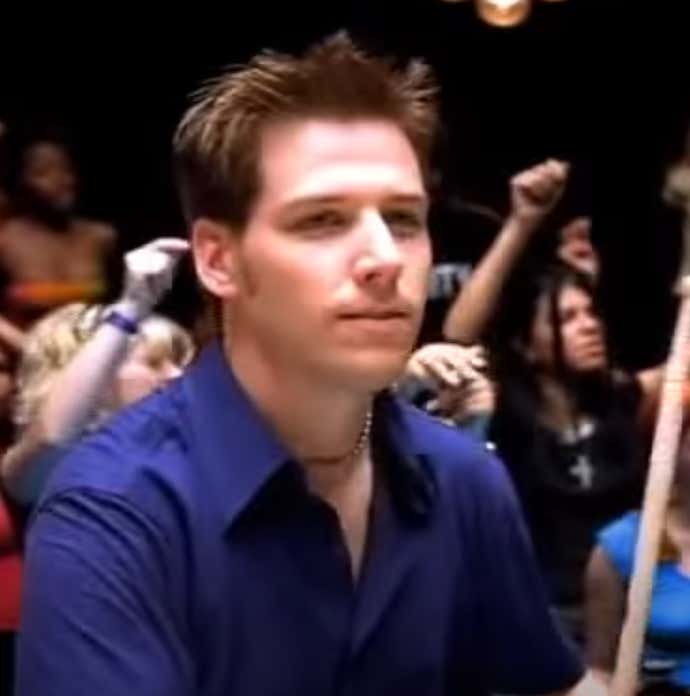 I mean that's the villain of every teen movie I've ever seen. That guy eats one of the special dog eclairs in Van Wilder, which by the way, I cannot BELIEVE got into a movie.

Richard, you rascal, you never told me you were a dick! Love this scene.

Wait so where was I? I love these blogs. Just start typing away on the ol laptop at 10:55 at night and see where it takes us. Oh right, SR-71. Fucking legends. If you don't know SR-71, you are majorly missing out. They are best known for their song "Right Now", as heard on rock radio in the year 2000 and the movie "Dude, Where's My Car", which I saw in theaters. The director of that movie also directed the WUPHF episode of The Office.

So the lead singer of SR-71 though, he's this dude named Mitch Allan. Let's take a look at Mitch Allan's Wikipedia page...

Say WHATTTTTT??? So as it turns out Mitch Allan just writes and produces smash hits for all the biggest artists out there. Check out his Twitter bio too

You know who else is like that? The lead singer of OneRepublic. That dude like, RUNS pop music, and then does OneRepublic on the side. His name is Ryan Tedder and you would think with the number of smash hits he's been involved with, along with how ginormous a lot of those OneRepublic songs have been, that people would know his name, but somehow that never happened. Look at these songs/albums he's been nominated for: 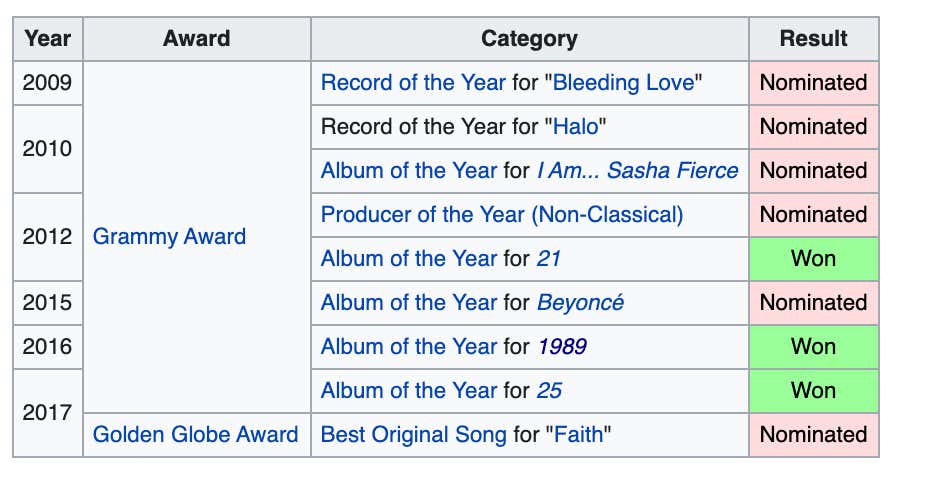 The guy wrote and produced Bleeding Love and Halo, two of the biggest songs of the last decade. And he has something called a Grammy for a little diddy called 1989, is that good? Not to mention his own songs like Apologize, Stop and Stare, and Counting Stars. Pretty wild.

I could do blogs like this forever. We've connected SR-71 to 1989 with a pitstop at Van Wilder in between. This is fun blogging.