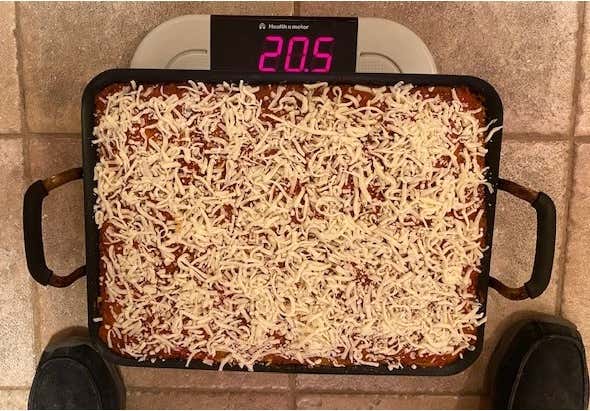 As a kid, I never "ate my vegetables". I liked canned peas and corn on the cob, but that was about it. When my mother first made eggplant parmesan I couldn't believe eggplant was a vegetable. I should've hated it, but I didn't, and it's been one of my favorites ever since. I like fried eggplant in a sandwich, on pizza, or just plain. Once I was on my own, out of necessity I had to learn how to make eggplant parm myself. It may be a little time consuming, but it's always worth the effort.

When I make it I usually make a lot. I actually think it tastes even better a day later, after it's been in the fridge a while, and then reheated in an oven or microwave. You can freeze it too, and then have it whenever you want. It's still amazing!

Every Super Bowl for the past 25 years I've featured eggplant parm at my parties. I've made anywhere from 15- 20.5 pounds, last year's all-time Super Bowl record. But now that we're all in quarantine, this recipe doesn't have to wait for Super Bowl. Making it now can make eating at home just as good as dining out.

If I can make it, you can make it. I'm no gourmet chef, but when I decide to make eggplant parm, you may think  I am...

4 - Large Eggplants, firm (need 4, but get 5 in case there are any surprises)