If you werent around the internet between the years 2013-2019 you couldnt swing a dead cat no offense to Joe Exotics business model, without hitting a article comparing game of thrones characters to other things that were going on in popular culture. So I'm gona touch on that here and there in todays Game Of Thrones Season 4 recap by comparing some charcters to Tiger King characters to let you know how one thing can have similarities to another thing, so that you can walk away with a little cheapened version of the sense of both things.

Note its glaringly obvious that Carole Baskins is Dany which I've mentioned here before so I dont feel any further need to point out that she mistreats her animals that dont belong in captivity, has a bunch of people she keeps hostage but she says shes helping them, murders her hubsand, and takes any legitimate criticism of her as a attack worthy of going scorched earth. So i'm not going to say any of that stuff but just know we're all thinking it.

So here they are- my Game Of Thrones season 4 Chads and Virgins as they relate to Tiger King Characters. Now thats what I call internet 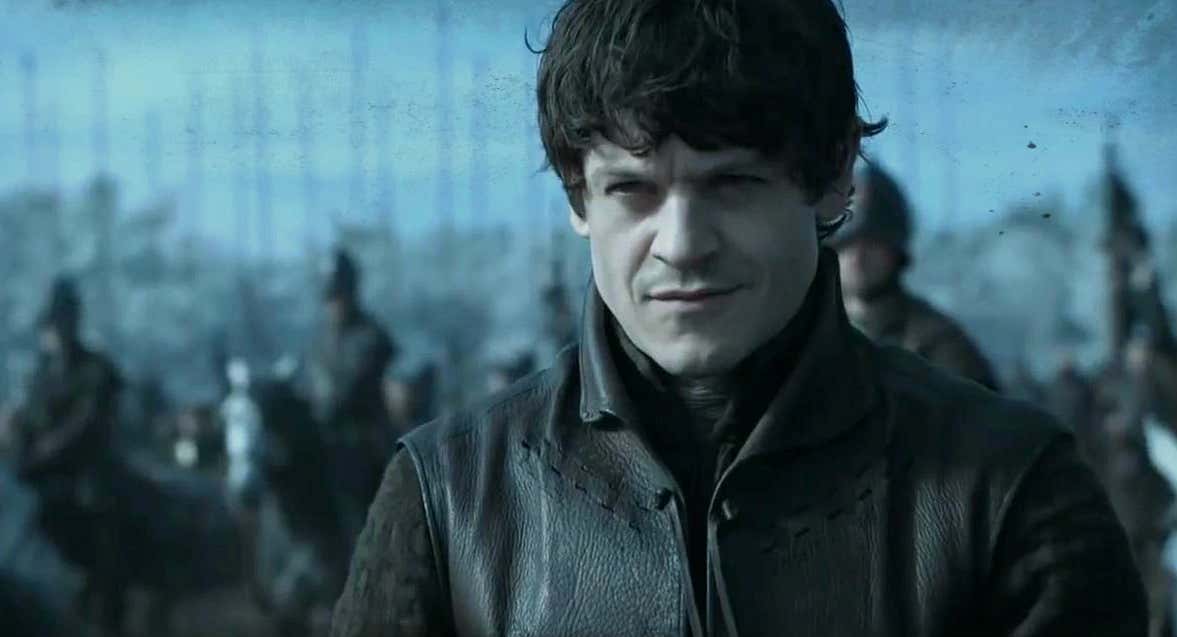 Ramsey continues his march through this series as the ultimate Chad. He is pretty close to a Joe Exotic type guy. Dosent really feed his pets, gets a little carried away with his captives genital piercings and forced tattoos but is still a masterfull manipulator and self-promoter. Ramsey, for all intensive purposes, would suck to hang out around but makes for compelling television to watch from a distance. For those who havent seen the show, Ramsey is basical if Christopher Walkens weird son from Wedding Crashers gave up painting and started a Matchbox 20 tribute band instead, and is a expert at field dressing humans.

More people need to repsect Ramsey and his hobby of going exotic game hunting for princes and princesses. He's lie the guy from Jimmy Johns or the dentist that accientally killed a Lion that had a name. Sure, Ramsey cuts parts off them to keep as trophys but its all in the name of conservation because if he didnt pay money to go on expeditions to kill them, their population would explode and that would translate directly into provide more protein for the White Walkers to eat and gain unexceptable amounts of lean mass. In which case, the undead would have the strenght to kill everyone in Westeros without so much as a fight. 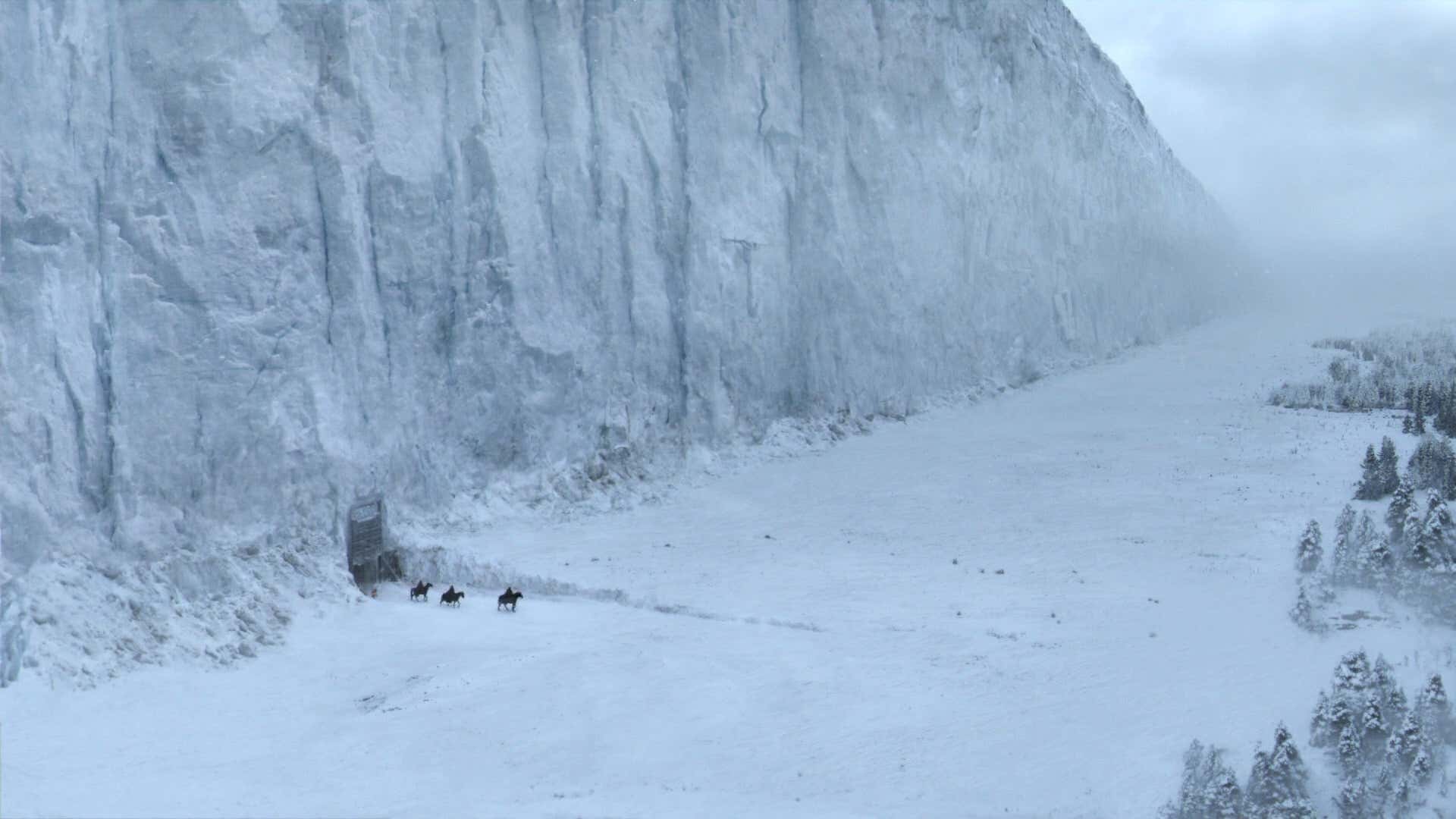 Tiger King Equivilant: your ex-girlfriends Netflix password that she changed because shes been married for 5 years and has a happy family and her husband just downloaded a app that tells her all the money shes wasting because hes trying to find room in the budget to buy a new set of golf clubs

The wall that keeps the Northern troublemakers out was built as if you gave Kevin McCallister a unlimited construction budget and access to Bravehearts prop closet. Its weird because you never really get to see anyone actually constructing all the cool stuff installed on it, and I'm sure its probably gonna take a few hundred years to rebuild it after they used all its cool weapons but god damn if that wall didnt come ready to play during the Wildling invasion. One thing I didnt really understand though is why it had a door, seems to kind of undermine the entire concept of wall design to have a massive opening that even the dumbest giants could locate. 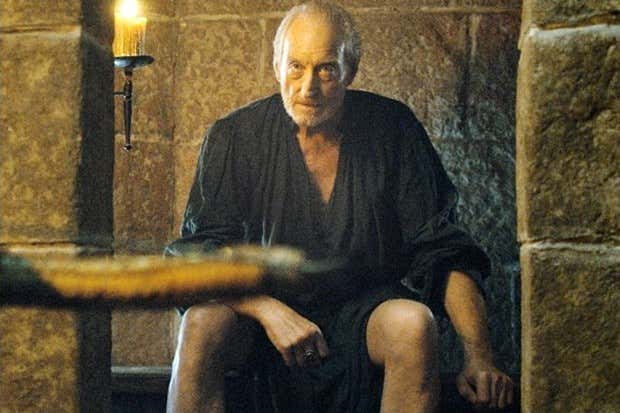 Tiger King Equivilant: The Narrator/reality show producer who drinks coffee and smokes cigarettes all time so is statistically likely to die on the commode

Got killed on the shitter which sounds gross but it was after he got done crappin lincoln logs through the ol brownhole and wiped, so he died with statisticaly the cleanest asshole possible. Thats Chad material in a nutshell right there. Dying on the toilet might sound bad if your Tywin but thats exaclty how Elvis passed. King moves only.

Is there anything more Chad than not having a dick anymore so you dont have to ever stop hanging out with the boys? Say what you want about Theon but it was a little sus how much he loved women. Reek on the other hand no offense to Jamie, never has to worry about getting whipped at least in the relationship sense cuz his live can just be one long guys weekend. Mentally the strongest thing you can ever do is to embrace your body looking like a ken doll because that also means your never going to have to worry about buying flowers or writing poetry to impress a girl. Humanity's alltime biggest blunders can be traced back to a guy who was simply too horny for his own good and did something stupid to impress a chick, either that or the British empire. If you get your hog sliced out, your time can be better spent doing guy stuff like hunting and eating and daily fantasy sports and growing out a sick mustache that no babe is going to ever make you shave just because it looks creepy. 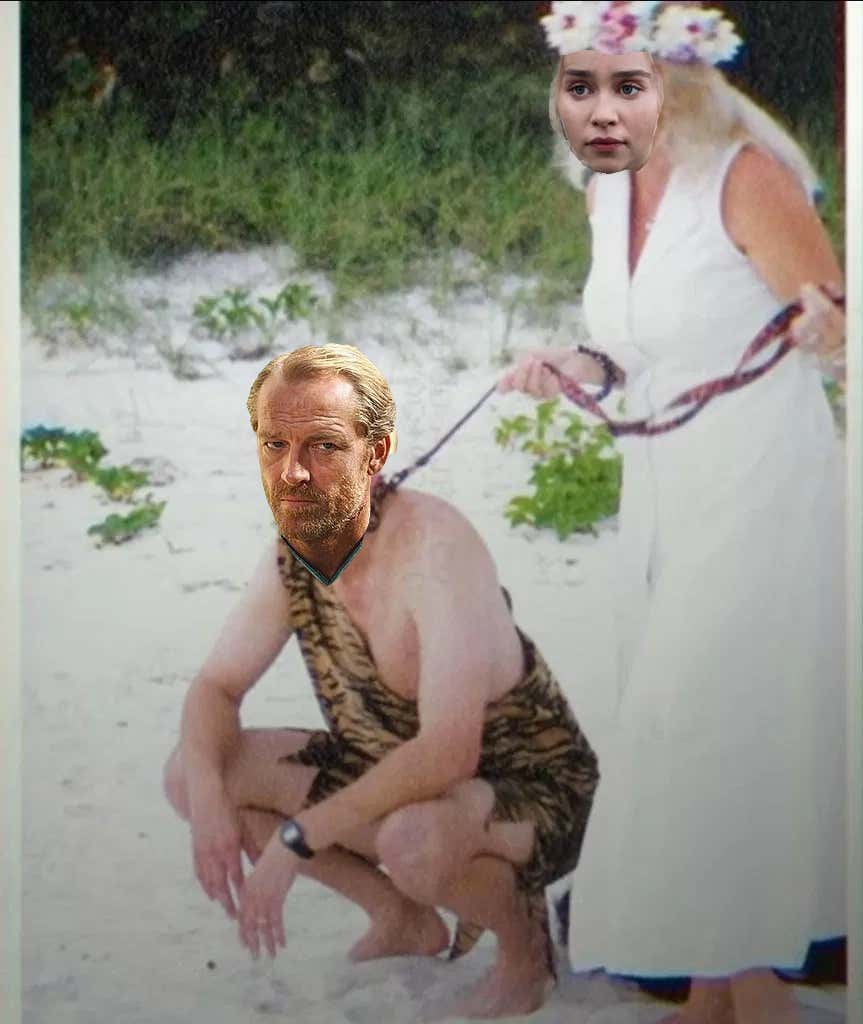 Literaly all Jorah wants is to protect his little queen Khaleesi, file her lawsuits, and get led around on a leash. If Jorah had been born in the year 1995 lets just say everything on Ellie Schnitts Amazon gift wish would be completeley sold out.

Jorah keeps showing up trying to win back his love uninvited, sweaty, and diffcult to understand like hes a walking Adele song.

If you ever find yourself in this position with a lady were your begging for reinstatement the only possible way to get out of this hole is to dig down. Make another big mistake and power shift the dynamic of the relationship to mix things up. See if she changes her tune because if she wont let you back in after you save her life infinty times maybe its a you problem. 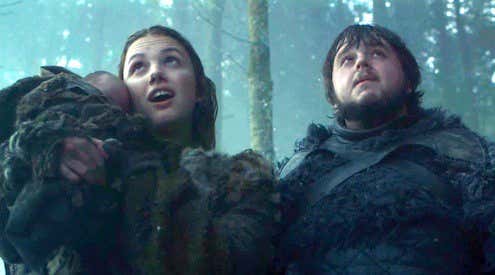 This baby has been 4 months old for the last 7 years and I am sick of seeing its face. Ponce De Leon should of quit fucking around in Florida and instead sailed his wooden horse to Winterfell so he could get the sweet breast milk of a Wildling teet because Im gonna be dead and buried and this child is going to be finally learning how to walk. I hate this baby with my whole existence. Also the way they takl about Khaleesi's dad, I woudnt be suprised if this baby was the benjamin button-type future of the Mad King and hes aging backwards and his punishment from the Gods is that he has to lose the abilty to speak and walk, and he has to hang out with Samwell 24/7 until he dies. 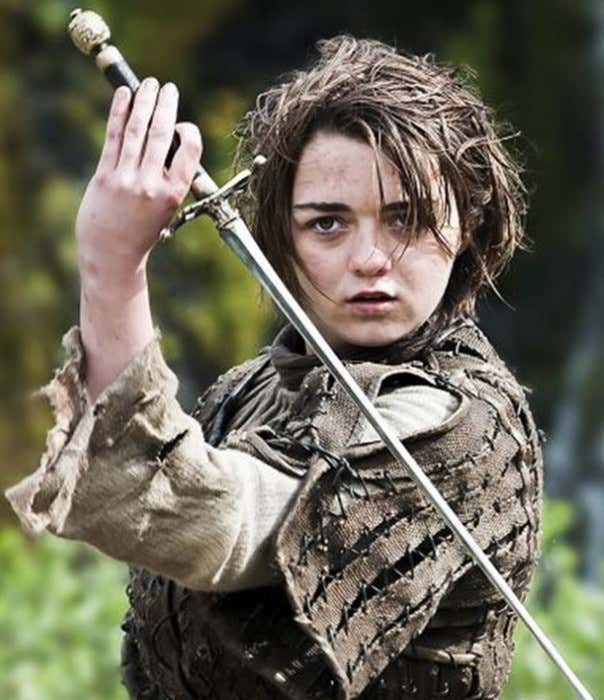 Tiger King Comparison: Carols little meat grinder that coudnt even fit a hand in it if she hypothetically were to try to fit a human hand in it, not that she has ever done that

Arya certainly takes alot of pride in owning a sword that Michael Strahan could floss with. Needle is a garbage sword and its only use besides arating golf courses would be to lull your opponent into a sense of complacency since theres no chance they would take you seriously. Its like how the Dolphins managed to beat the Patriots every now and then with Matt Moore or someone at QB.

Saying What Is Dead May Never Die 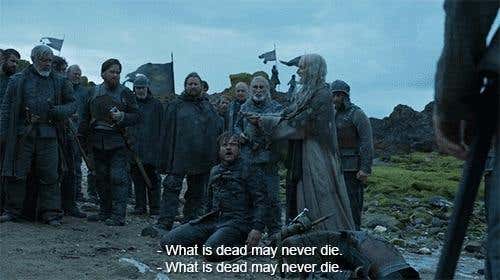 Stop trying to make what is dead may never die happen

-Im told theres a battle of the bastards but I feel like theres already been like 7 of those. No one has a dad and everyones allways fighting, maybe thats just a catch-all term they use for war like how were on UFC 287 or whatever.

-Dany's dragons like the Bumpas's dogs from Christmas story are just gona keep causing havoc until everyone gets sick of her shit and she realizes that its alot harder to rule than it is to overthrow rulers.

Six more times where that weirdo white walker with the beard and the Brett Michaels haircut gets killed. What a perpostrous dispartity between how cool he looks and how bad is at not dying.