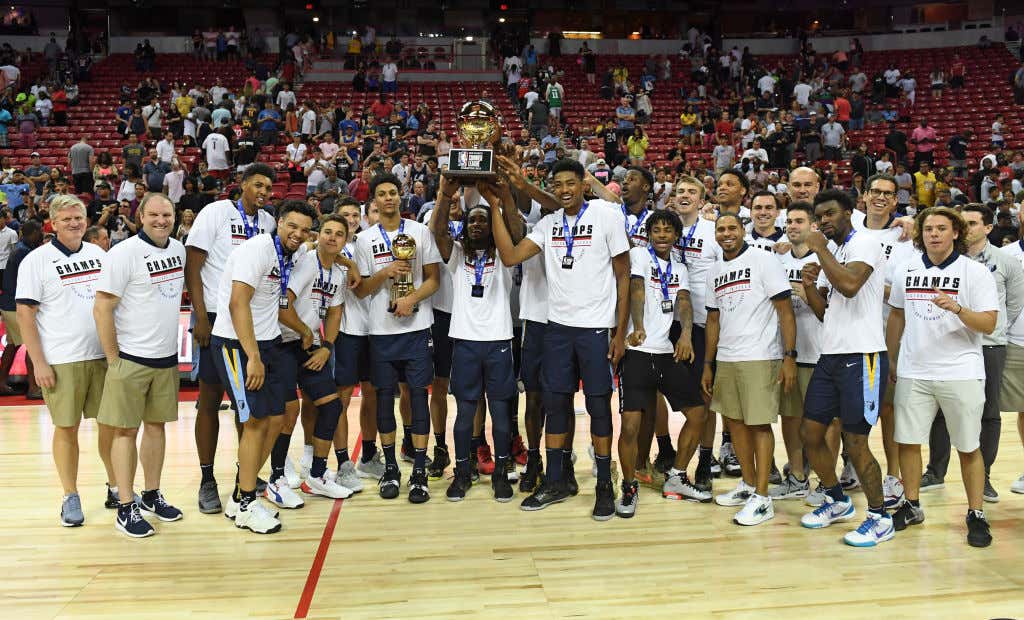 When the Grizzlies won the Summer League before this season, I was ecstatic. I didn't really expect much in terms of productivity from the Grizz this year and quite frankly nor did a lot of people. I thought it was gonna be a season where they had their moments where the young players shined.

Little would I know, the NBA season would be suspended indefinitely. Little would anyone know for that matter. Recently, there's been a lot of talk about canceling the league. With cancellation comes a plethora of questions. The glaring question is who should be crowned champions of the 2019/20 season? One could assume that it would just be null and void or that the team with the best record (Currently the Bucks) should win. Of course, the people who constantly suck LeBron's dick will probably try and hand him the trophy. Hell, LeBron just might come out on an IG Live and declare himself champion like he's Michael Scott declaring bankruptcy.

Like the sociopath that he is LeBron will almost instantly make the league cancellation - should it actually happen - about himself and his legacy. Enough with the LeBron talk, let's get down to the business end of this blog.

Should the NBA be canceled, the Memphis Grizzlies should be declared champions.

"But Ethan, they're barely holding on to the eighth seed in the west"

Listen bub, the standings go right out the window as soon as there's a global pandemic on our hands. At that point, you just have to look at the cold hard facts. Fact #1 is that the Grizzlies are the only team in the entire NBA to win any sort of team trophy this season. Fact #2 is that the boys from Beale Street have been receiving a good chunk of individual awards too. Ja Morant is a 3x rookie of the month, Taylor Jenkins won coach of the month in January. They also would've had two all-rookie first-teamers (Clarke and Ja) had the league not been suspended. Pretty fucking good for the eighth seed if you ask me.

Not to mention they have a tremendous cast of characters. Ja Morant is one of the coolest fucking guys I've ever seen. Dude just rolls up to every game in sweats and just dominates; Jonas Valanciunas, the operator, might be one of the most underrated big men in the entire NBA; JJJ is quickly blossoming into a monster right before our eyes., They're even getting some solid numbers out of Josh Jackson who had the 'bust' label slapped on him after his time in Phoenix. It's just a team of guys that you can't help but root for. I feel like nobody would really have qualms if the NBA just came out and declared them champions. It's better than having no winner at all.

For all I know, the NBA could just be lying to us all and they'll start playing again relatively soon. Then we won't have to argue for the next 20 years about who shoulda, coulda, woulda won the Finals this year. Should they end up picking a winner, I honestly don't see how it could be anyone other than the Grizzlies.