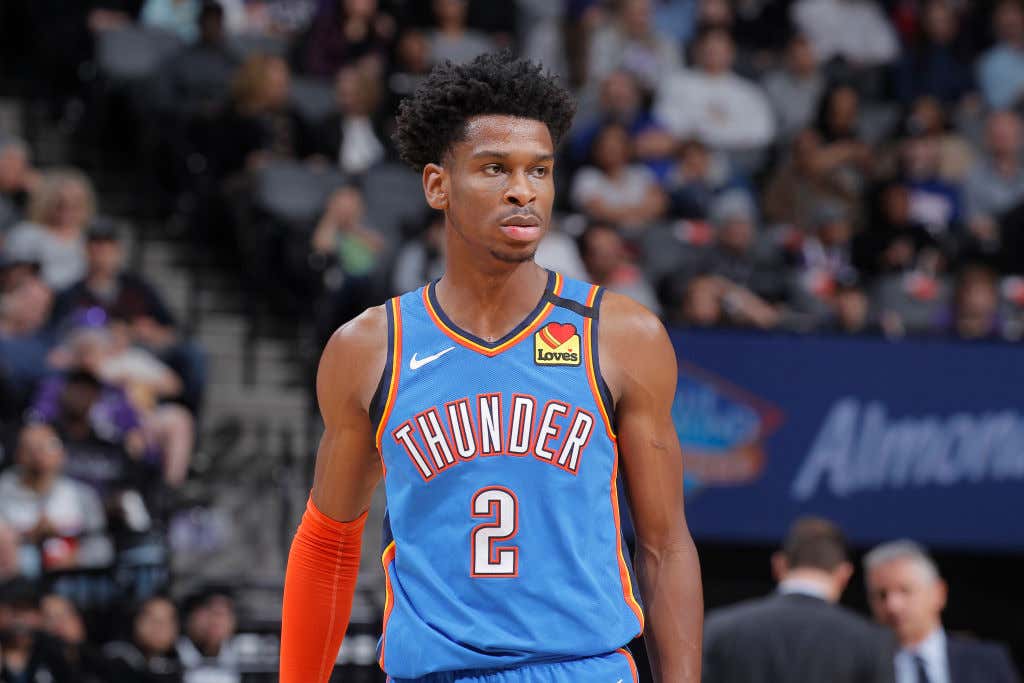 Now for Thunder fans or NBA die hards, you know who Shai Gilgeous-Alexander is and I'm sure you talk about him frequently. But let me ask you something. When you hear the talking heads and networks talk about all the good players in the league that are 21 and under, what names do you hear way more? Like for example, who do you think is talked about more, Trae Young or SGA? There's Zion and Luka and Ja, all who are dominant in their own right, but I think it's safe to say they all get way more play in terms of national love than SGA and frankly I don't really get it. People realize he's a HUGE part of why OKC might be the most surprising team of the season right? He's putting up 19.3/6.1/3.3/1.1 on 47/35% splits. Would you like to know some of the names that have done at least that by 21?

Uhhhhh that's a big time list. He may not be flashy like Luka/Zion/Ja, he may not bomb it from deep like Trae Young, but if you're going to be talking about some of the best young talent in the league, anyone who doesn't mention SGA simply isn't watching his season and is solely relying on what is shown on ESPN or whatever. At 6'5 this dude is already a problem on the defensive end and his efficiency is better than any of these other young guys. He was obviously the huge piece in the Paul George trade and it looks like that's working out just fine for OKC.

You have to think this is the worst SGA is ever going to be, so yeah he's every bit the franchise player that all the other under 21 studs are, you just may never hear about it because of where he plays.