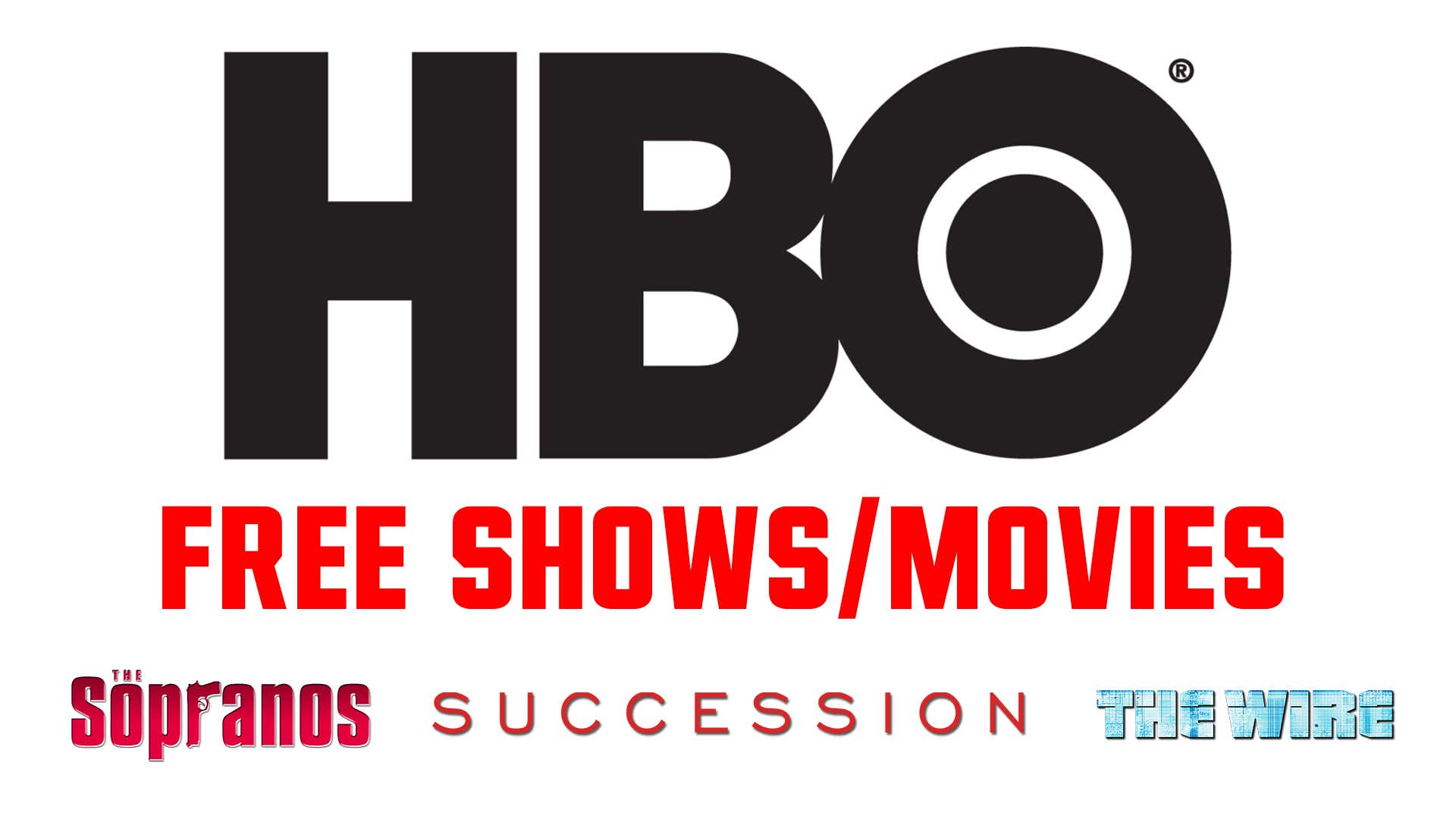 To provide some entertainment relief for those doing their part to keep everyone safe and healthy in this time of social isolation, HBO is making almost 500 hours of top programming available to stream for free for a limited time on HBO NOW and HBO GO–without a subscription–starting this Friday, April 3. (via HBO)

Great stuff from HBO and Warner to bring all of these shows and movies to people's homes who do not have a subscription to HBO...
SHOWS:
- Ballers
- Barry
- Silicon Valley
- Six Feet Under
- Succession
- True Blood
- VEEP
- The Wire
MOVIES:
- Arthur
- Arthur 2: On the Rock
- Blinded By the Light
- The Bridges of Madison County
- Crazy, Stupid, Love
- Empire of the Sun
- Forget Paris
- Happy Feet 2
- Isn't It Romantic
- LEGO Movie 2: The Second Part
- Midnight Special
- My Dog Skip
- Nancy Drew and the Hidden Staircase
- Pan
- Pokemon: Detective Pikachu
- Red Riding Hood
- Smallfoot
- Storks
- Sucker Punch
- Unknown
DOCUMENTARIES AND DOCUSERIES:
- The Apollo
- Case Against Adnan Syed
- Elvis: The Searcher
- I Love You, Now Die
- The Inventor: Out for Blood in Silicon Valley (Theranos doc)
- Jane Fonda in Five Acts
- McMillions (the McDonald's Monopoly fraud scandal)
- True Justice: Bryan Stevenson's Fight for Equality
- United Skates
- We Are the Dream: The Kids of the MLK Oakland Oratorical Fest

There are a few stinkers in there, but also a few gems, especially in the docuseries category. But let's be real, this is all about the series that are available. 'The Sopranos' and 'The Wire' are classics and now there is no excuse to not have seen these, they're totally free. 'VEEP' is one of the funniest shows I've ever seen and 'Succession' is still going (next season delayed due to COVID-19) and some (Dave Portnoy and Rear Ad, I believe are included) have even called it the best show currently on TV.

I am not even sure what to suggest first if you've never watched these shows, but I would just dive in and start binging because these are classics.

In terms of the movies, nothing stands out like crazy, but there are a bunch of worthwhile documentaries and docuseries on the list, including the Theranos one ('The Inventor') about weirdo Elizabeth Holmes and the recent McDonald's Monopoly scandal series 'McMillions'. I wouldn't say either of them will blow you away, but they're enjoyable in a time of quarantine and little new content.

My pick? 'Succession', catch-up now while it is fresh and there is a small chance it still returns in 2020. I did a quick write-up on why I love the show so much...

Anyway, cue it up…