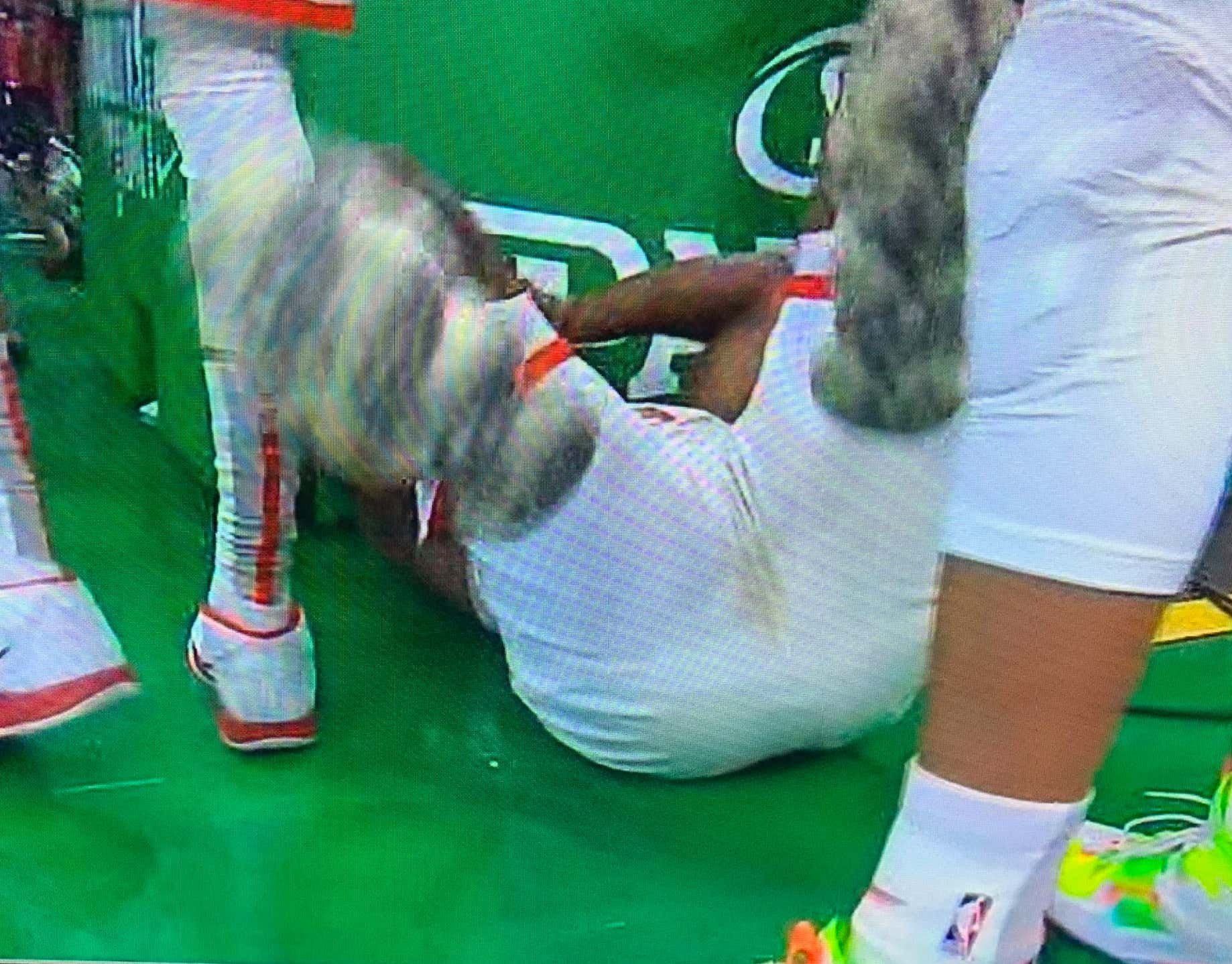 Ummmmmm that's poop. The Celtics are currently up 56-45 at the half and they have officially made James Harden poop his pants. Their defense on him in that first half held him to 4-13 shooting and one case of poopy pants. Fitting this would happen with Paul Pierce in attendance too. There's just no two ways about it, that's poop. That's what happens when you spend all night slamming beers at the casino. You get doodoo butt. Happens to everyone at one time or another in our lives. You've been there. You just haven't been on national tv for millions and millions to see. That's unfortunate.

(h/t) @Larkside_Ry for the snag