Nothing this side of a close Final Jeopardy beats the drama of the Price Is Right Showcase. The Gameshow Gods smiled upon you over the masses in the crowd to get your name selected at random, you beat the riff raff on Contestant's Row to make the stage, The Big Wheel deemed you worthy over two more people, and there you sit with a chance to win some big time prizes as long as you can come closest to their combined suggested retail prices.

Ethan was flying high like Icarus, about to touch that golden showcase sun after an unbelievably great guess.

When you think about all the sex you are about to have on your free trip to Ibiza: 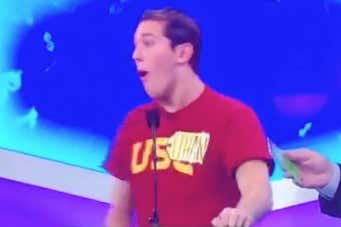 When you think about all the sex you are about to have in your bro's hot tub with USC girls: 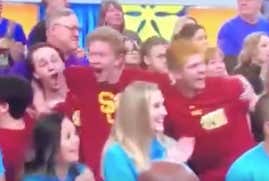 However, Ethan flew too close to that glowing showcase sun and his wings burned right into ash as Shannon flew directly past him to New York and a newwww carrrr (said in Price Is Right voice) in a twist that should be illegal if it weren't so entertaining. 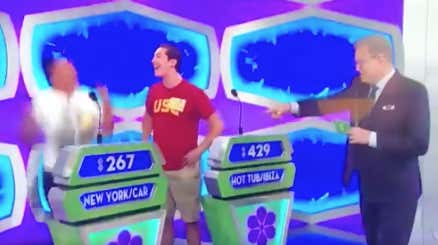 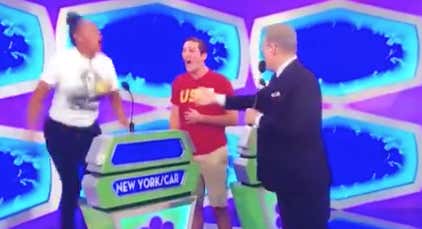 But instead, I think the bulb went off like when Derek Zoolander mistakenly accepted Hansel's Male Model of the Year award right about here when he realized he was getting a hug with Sorry You Lost, Loser energy instead of a hug with Congrats You Won energy. 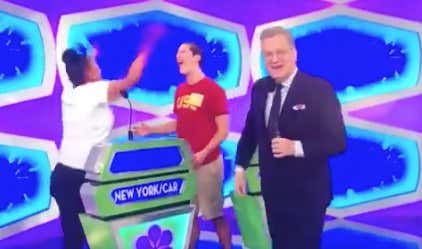 When you don't have to remind people to spay or neuter their pets because they just saw a man get neutered live on their television. 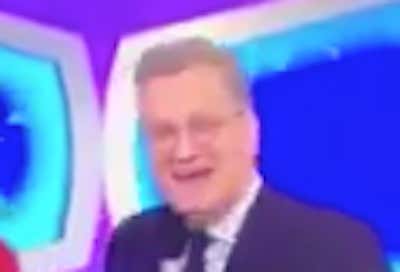 As for Ethan's boys, seeing USC fans doing Surrender Cobras in February was tough to watch. 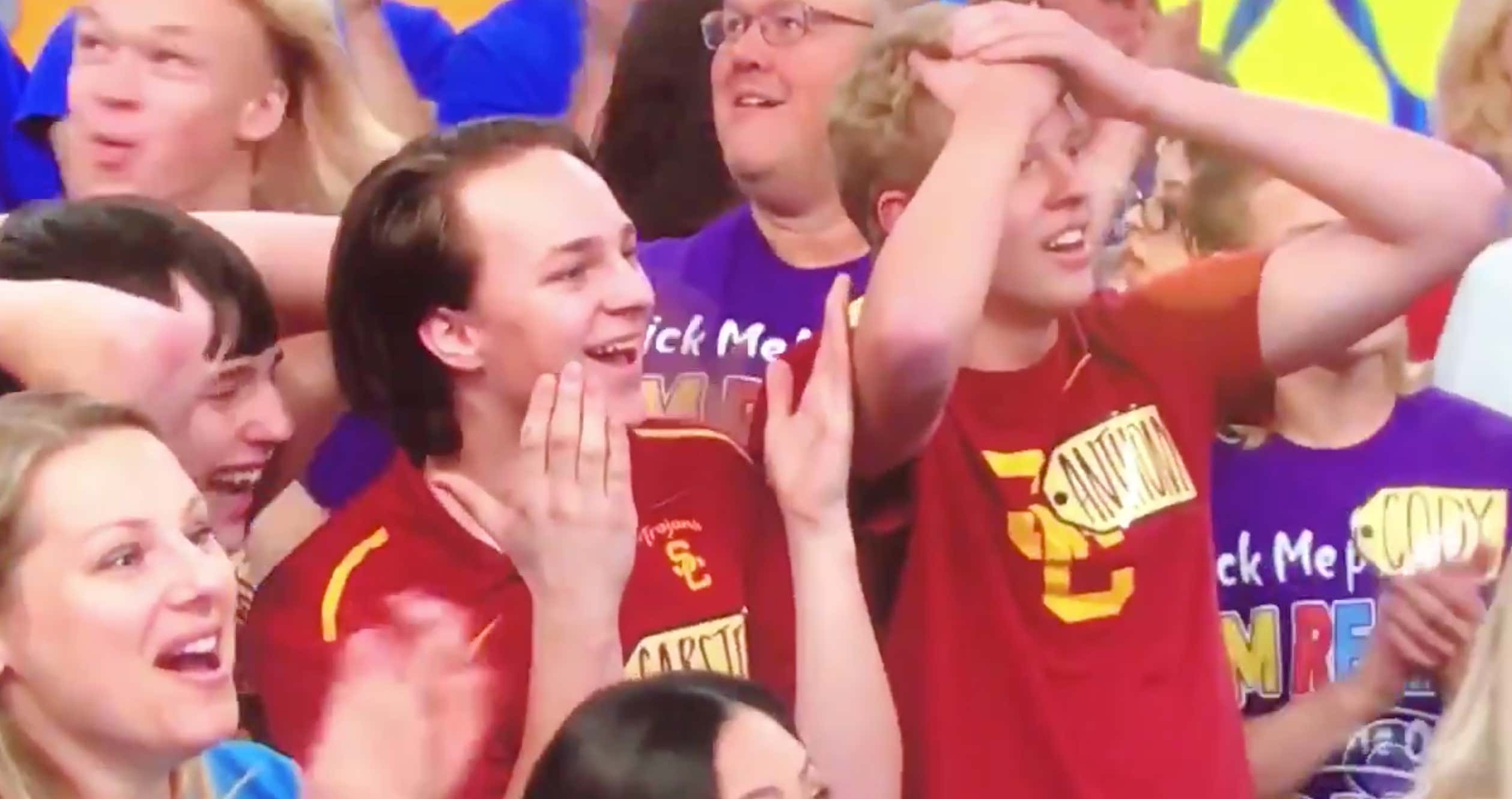 Where art thou Reggie Bush?

P.S. For the conspiracy theorists who believe The Price Is Right is fixing games for viral moments like these, Drew laughing before he said Ethan's bid of $24,000 would be Exhibit A of the argument and Shannon somehow jusssst missing the $250 threshold that would have given her both prizes (while also making this video roughly a million times crueler/funnier) would be Exhibit B.

The Price Is Right+ 3 Tags