Or at least, some audience members – there are “two realities and two possible outcomes to their journey”.

I know from the stats that we have new readers every day or whatever, but I'm not gonna rehash my view on airplanes and flying on airplanes. Everyone knows I hate it and that I can't even step on one of those things without a doctor-prescribed helper. Everyone knows I'm a gigantic, living, breathing pussy — it's cool, you can say it, your words can't hurt me, not as much as a fiery plane crash could at least.

But the fascinating thing about human psychology is I desperately want to try this FLIGHT simulator. Like, considering buying a ticket to England for mid-February right now (yes, putting myself through a terrifying flight across the Atlantic for a chance to pay money to be in a plane crash).

The flight simulator experience, called FLIGHT, will take place in Nottingham and is “not recommended for people of a nervous disposition,” according to the show’s description.

Created by Darkfield, the pop-up show takes place in a converted 40ft shipping container that’s been transformed into an exact replica of a Boeing 707 aircraft.

Same reason I'm obsessed with plane crash movies (shout out Flight with Denzel) and "plane crashes" are my #1 most-read topic on Wikipedia. I'm sure there's tons of literature about this kind of thing on Psychology Today or something.

I mean look at how badass this sounds!

Once onboard, participants will be plunged into total darkness, while 360 degree sound and sensory effects will put each audience member at the centre the narrative.

The performance explores the “Many-Worlds” theory of quantum mechanics and takes audience members through two worlds, two realities and two possible outcomes to the journey.

“There are many worlds in which this plane lands safely,” says the show’s website. “We are not responsible for your final destination.”

Darkfield is a theatrical project that uses binaural sound to create a 3D stereo sound sensation, plus darkness and movement, to immerse the audience in fast-paced, constantly evolving narratives.

Even the name sounds like some intense Black Mirror shit: "Darkfield." The kind of company that fucks around with technology and ends up destroying humanity as we know it. Check out the other shit they offer at their "multi-sensory sonic theme park": 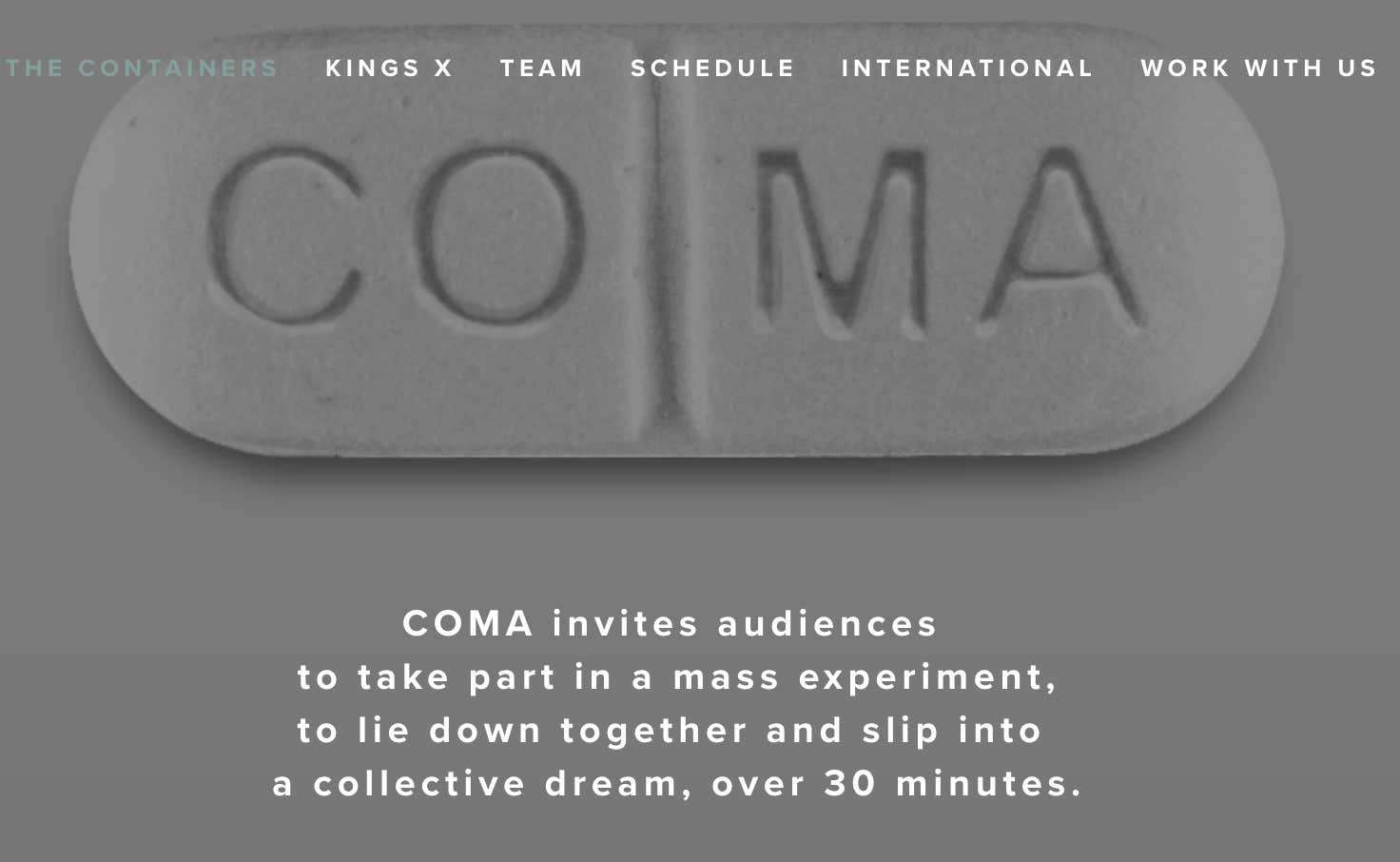 Hey we're all gonna die someday, might as well enjoy the ride, as it plummets from 30,000 feet straight into the ground.