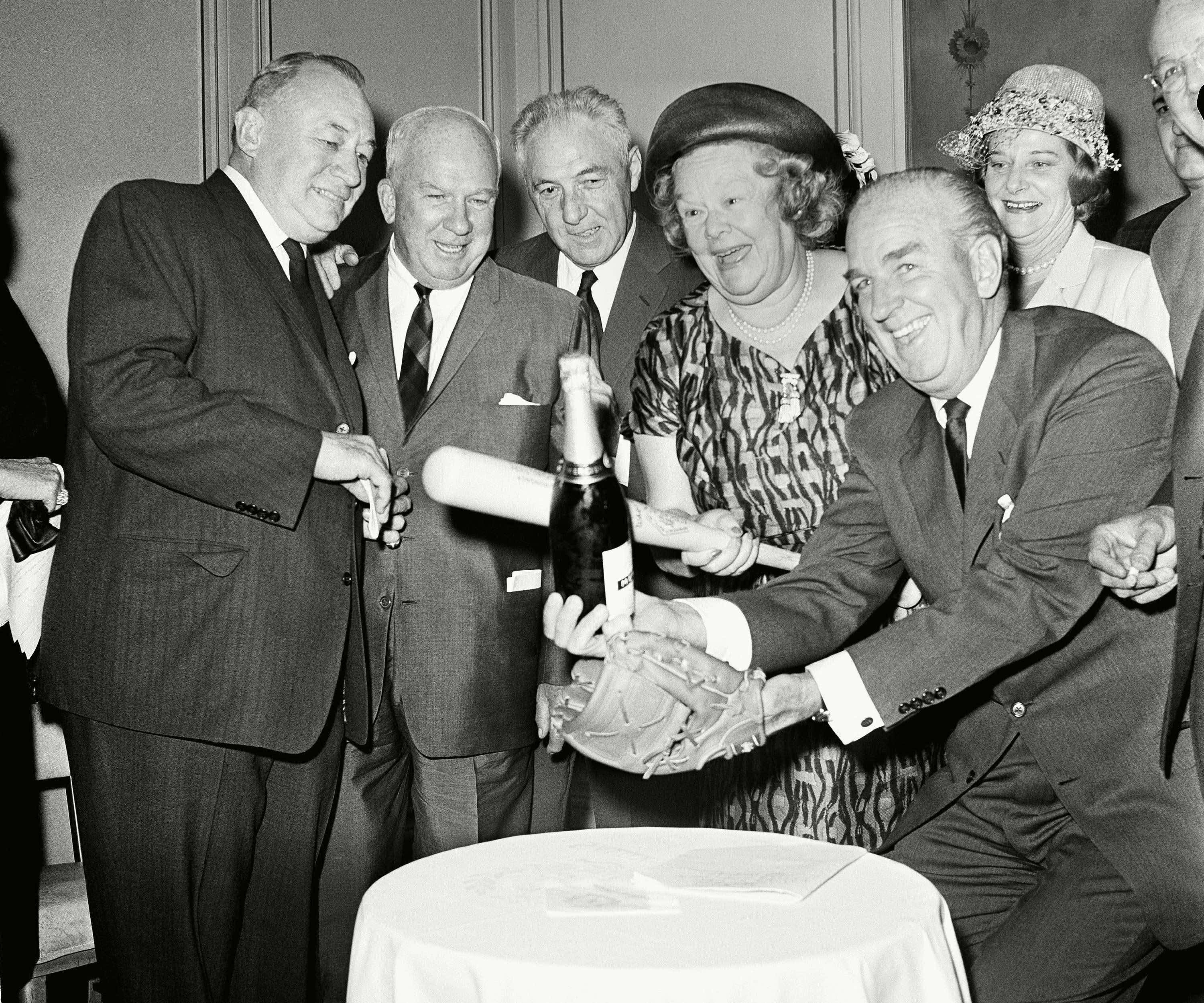 As the New York Mets play their first spring training games, they do so with a new owner. Steven Cohen purchased the team in October, ending the reign of error that was the Fred Wilpon days. Wilpon had sole stewardship over the Mets since 2003; before that, he was invested with Nelson Doubleday since 1980. Doubleday and Wilpon purchased the Mets for $21.1 million from the Payson family. The Mets had been a team that had been rudderless since the passing of Joan Whitney Payson in 1975. Payson was the heart of the Mets in many ways, as she was the driving force behind the team being created in 1962.

Joan Whitney Payson was born in New York on February 5, 1903. The Whitney Family was the definition of old money. The family was among the early colonial settlers coming to the United States in 1635. In 1924, she married Charles Shipman Payson, whose family goes back just as far. Joan Payson was a great sportswoman and inherited a love of horse racing from her grandfather. Joan Payson owned horses that ran in America's biggest races, including the Kentucky Derby, which her horses won twice (1931 Twenty Grand and 1942 Shut Out).

Joan Payson was a big baseball fan. Through her racehorse connections, she had the opportunity to get a share of the New York Giants in 1950, along with her stockbroker M. Donald Grant. Payson was able to get more shares of the team. When Horace Stoneham announced plans to move the team to San Francisco, Joan Payson did her best to block the move, offering to buy a controlling interest. When her efforts proved futile, Payson sold her shares and began work at bringing the National League back to New York.

Joan Whitney Payson gathered a group of investors that included M. Donald Grant and George H. Walker Jr. When efforts to buy a team was met with resistance, the Payson group, with the help of lawyer William Shea and announced the formation of a third major league, the Continental League. The threat of a third major league got owners in both the American and National League to agree to expansion, the first time teams were added in 60 years, as the American League added the Los Angeles Angels and new Washington Senators in 1961, while the National League added the Houston Colt .45s in 1962.

A woman owning a baseball team was not new. Hathaway Robison Britton owned the St. Louis Cardinals from 1911-1917, following her father's death.  Laura Baker owned the Philadelphia Phillies following the death of her husband in 1930. In 1932, Grace Comiskey became the Chicago White Sox owner, following the death of her husband, Charles Comiskey. Upon her death, Dorothy Comiskey assumed ownership of the White Sox in 1956, selling the team in 1959.

The only woman currently in the Baseball Hall of Fame is Effa Manley, who owned the Newark Eagles of the Negro National League. Manley inherited the team following the death of her husband, Abe. Manley was heavily involved in the Eagles' day-to-day operations and was among the most influential owners in the Negro Leagues. She helped get her team and her players better deals following integration in 1947. She was recognized in. 2006 as part of a special study for the Negro Leagues. Manley is well-deserving of her honor in Cooperstown.

Joan Whitney Payson deserves to join Effa Manley in the Baseball Hall of Fame. She was the first woman to own a sports team without inheriting it. She was involved in the founding of the Mets and suggested hiring Casey Stengel as the team's first manager. When the Mets took the field in 1962, she took on the role of matriarch, giving the Mets a family feel. She would often reward her players with gifts of appreciation, including a silver tiffany set to players' wives for weddings and births.

Beloved by all her players and fans, Joan Payson would sit by the Mets dugout and sign autographs throughout the game. While the Mets lost a record amount of games in the early days, her leadership helped the Mets develop a strong farm team that would culminate with the Miracle Mets winning the World Series in 1969.

Joan Payson's favorite player was Willie Mays; when the Mets played their first game, she offered to buy his contract from the Giants. Mays was still in his prime, and the Giants refused the offer. In 1972, with Mays in his twilight years, Payson was able to bring the Say Hey Kid to Shea. Mays played his last two seasons with the Mets and spent six seasons as a coach. His number 24 was to be retired, but following Joan Payson's death, that promise was not kept.

The death of Joan Whitney Payson on October 4, 1975, was the capper of the saddest week in the history of the New York Mets as Casey Stengel died four days earlier. The death of Joan Payson would begin dark days for the Mets as M. Donald Grant took over control of the team, leading to Tom Seaver's departure as the Mets found themselves back in last place to close the 70s. Joan Payson's family did not share her passion for baseball and eventually sold the team in 1980.