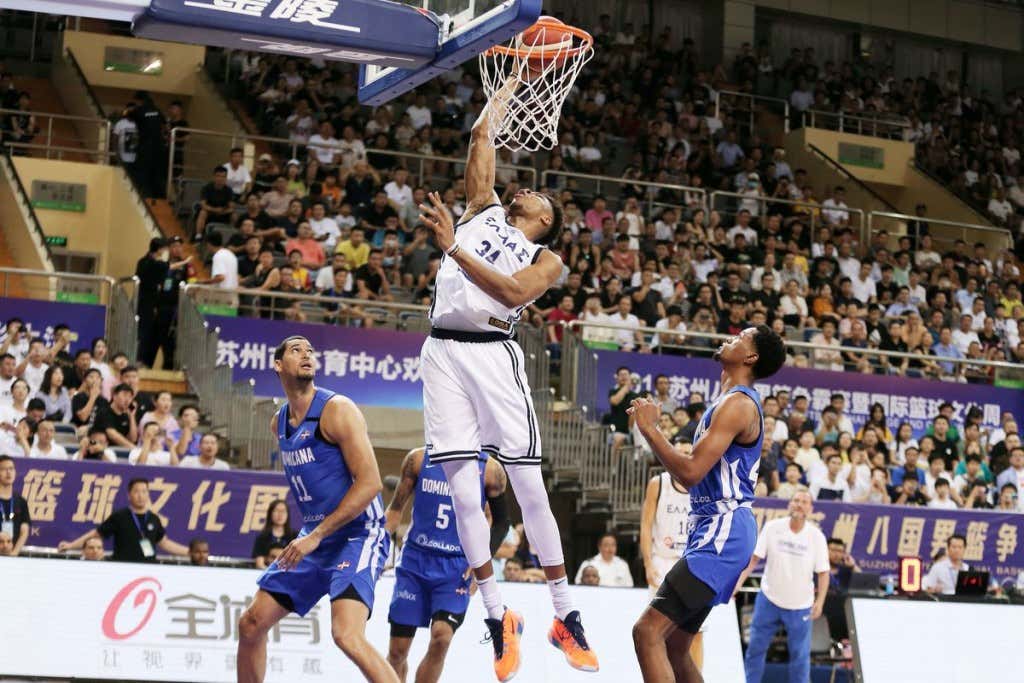 Just a quick Giannis update since he just dropped his career high in international competition and essentially destroyed anything and everyone in his path. For a guy that came out and said he’d give up his MVP for a FIBA gold medal, he’s certainly doing his best to back up that claim. To be fair, the Dominican certainly aren’t expected to do much, they are +50000 (not a typo) as of right now to win the whole thing, and we’ve seen Greece jump to the 3rd best odds at +1000. Two weeks ago they were +2000. If you think Team USA could be had, we haven’t seen any country come anywhere close to being able to contain Giannis, he’s the best player in the tournament by far, and who knows maybe he just plows through this entire field like the Greek God he is.

Greece will be in Group F once the tournament starts along with New Zealand, Brazil, and Montenegro, where the best team (Brazil) is a +15000 to win the whole thing. I can’t see any of those teams getting in the way of the Giannis train, especially when he’s out here looking this unstoppable on both ends. So far Serbia (without Jokic) has been the only team to give them trouble, and along with the US is the only team with better odds, but there’s no doubt Giannis is on a war path right now and looks absolutely unstoppable.

As one of the true elite guys who actually committed to this tournament, as a Bucks fan I have to feel pretty damn good about what I’ve seen. Based on my quick research we’ve never seen a player win an NBA MVP and a FIBA MVP in the same year, and if Giannis can do the impossible and win gold he certainly has a shot.