I’ve said it before I’m not a Reds fan. But, I think I just have to become one now. At the minimum I need to befriend David Bell and Amir Garrett, right? This is the sports moment of the year. You have Amir Garrett fighting quite literally the entire Pirates dugout. Sure, that’s what we see first. Hard to miss. The dude is ready to fight anyone and everyone. But, as we go on we see David Bell and Clint Hurdle the two managers getting into it. More importantly we get Bell calling Hurdle a piece of shit and THAT’S WHAT WE NEED MORE OF. Look at the hatred here 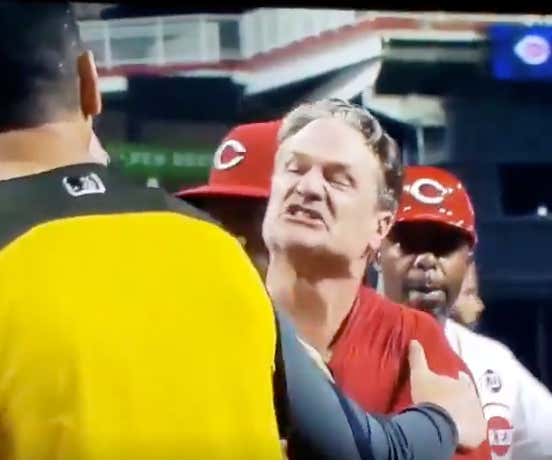 But, seriously. What a goddamn fight. David Bell just earned my respect. Calling the other coach/manager a piece of shit is awesome.