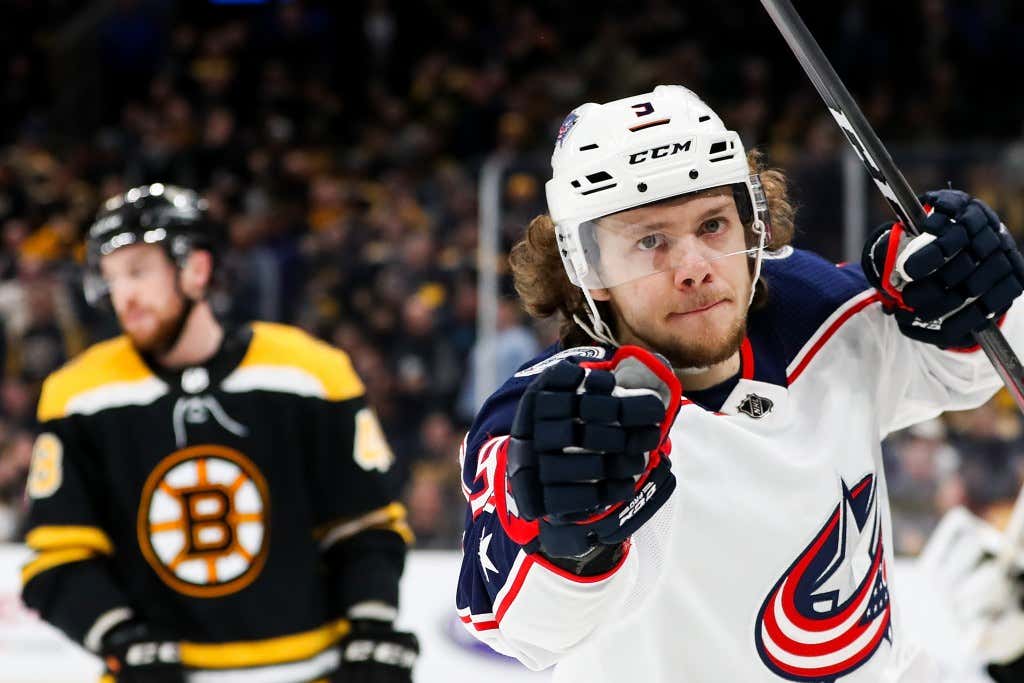 Here we go. NHL Free Agency is set to begin at noon but we’ve already got some trades and some expected destinations already. Jordie will have you updated for big signings and I will compile every move in here so it’s all in once convenient place.

BREAKING: Artemi Panarin is going to be a New York Ranger.

Quite a rebuild going on for the Rangers.

The Toronto Maple Leafs have acquired Tyson Barrie, Alex Kerfoot and 2020 6th round pick in exchange for Nazem Kadri, Calle Rosen and a 2020 3rd round pick.

Jimmy Vesey has been traded to the Buffalo Sabres in exchange for a 2021 3rd round pick.

Nikita Zaitsev, Connor Brown and Michael Carcone have been traded to the Ottawa Senators in exchange for Cody Ceci (RFA), Ben Harpur, Aaron Luchuk and a 2020 3rd round pick.

OFFER SHEET! There were rumblings last night that Montreal might throw an offer sheet out there, Aho could be the target.

UPDATE: THE CANADIENS HAVE TENDERED AN OFFER SHEET ON SEBASTIAN AHO!

Robin Lehner goes to Chicago on a one year deal.

Petr Mrazek is staying with the Hurricanes.

Anders Lee is staying with the New York Islanders. 7×7.

Wayne Simmonds is off the New Jersey Devils. 1 year for $5 mil. Great deal.

Sergei Bobrovsky heads to Florida for a big ticket.

Speaking of the Panthers, they are likely to sign Anton Stralman (TBL).

Corey Perry (bought out by ANA) is taking a $1.5 million one year deal with the Dallas Stars.

Markus Granlund (NSH) is headed to the Edmonton Oilers

Jason Spezza (DAL) is headed to the Toronto Maple Leafs.

Tyler Myers (WPG) is closing in on a 5 year deal with the Vancouver Canucks.

Luke Schenn will be joining him.

Cam Talbot is going to be a Calgary Flame.

Patrick Nemeth gets a 2 year deal from the Detroit Red Wings.

Keith Kinkaid is a Hab.

Noel Acciari (BOS) finds a new home in Florida. Sad to see him go, but good deal for him.

John Gilmour is a Buffalo Sabre.

Brandon Tanev gets a 6 year deal from the Pittsburgh Penguins.

Ryan Carpenter to the Chicago Blackhawks on a 3 year deal.

Val Filpulla goes from the Islanders to the Red Wings.

The pride of Bristol, Connecticut goes to the Ottawa Senators.

Gus Nyquist (SJS) to the BJs.