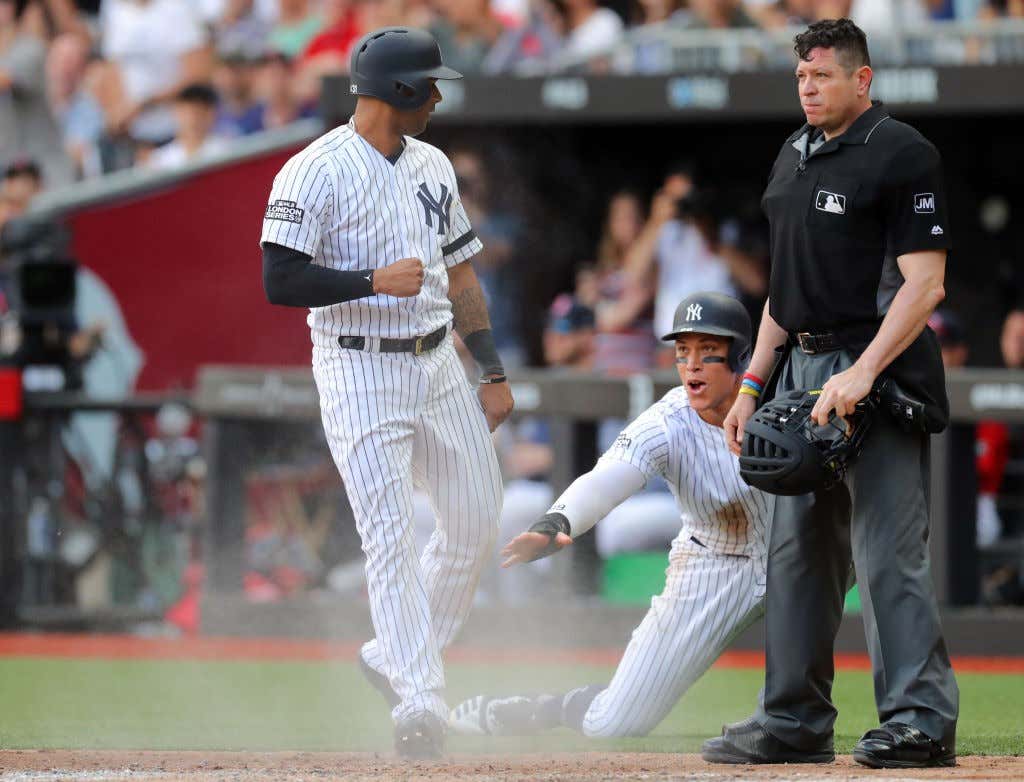 Man, don’t ya just love the Red Sox bullpen? It’s so unbelievably bad that it doesn’t feel like real life. Dave Dombrowski really thought things would be smooth sailing with a guy named Shower, Matt Barnes, and Marcus Walden who looks like a cross between Eric Sogard and Joe Kelly? What a fucking idiot. What a bullpen. What a dumpster fire of a baseball organization. I love it. Music to my ears!

Sunday did start off as rocky as possible with Stephen Tarpley serving up three homers in the first inning. My initial thought was whatever, it’s a punt game. Get the split, come on home, still a massive lead in the division, no harm no foul. I foolishly forgot how relentless this lineup is. They don’t stop. You may have them early, but it only gives them the challenge to get back on top and blow you the fuck out. That’s what happened on Sunday.

Before we get into the explosion in the 7th inning we have to talk about the hero of this game, Luis Cessa. In the month of June, entering today, Cessa had a 9.53 ERA in 11.1 IP, with opponents hitting .333 against him. Granted, his last appearance against Houston was much better, but still I don’t think anyone had any confidence in him keeping the Yankees in the game today, epecially given how much offense was being shown the previous 10 innings. Today, Cessa took the ball and twirled four brilliant innings, giving up nothing but four scattered hits. He was awesome and is the sole reason the Yanks were within striking distance come the later innings. Big game for Cessa.

The Sox still led 4-2 entering the 7th, but E-Rod’s day was done. In came Marcus Walden to start the inning. He stood no chance. LeMahieu, who had been held hitless to that point, roped a double to get things going. Following a Judge walk, Aaron Hicks drove in one with a double down the line. That sent Gary to the plate to take back the lead for good. He did just that.

That opened up the flood gates. A two run single by Gio made it 7-4. DJ came up again, this time with the bases loaded and laced a ground rule double down the right field line, making it 9-4. The inning was capped off in style with a Michael Chavis-Bill Buckner error at first.

Tough. Considering he had Gary by seven steps once he gathered himself. Nope, just terrified of potentially getting Gary Sanchez out. I don’t blame him.

And that’s how you sweep the London Series. That’s how you put on a show for the world. That’s how you show the Britts the great game of baseball. Their biggest takeaways? Luis Cessa is the best pitcher ever and DJ LeMahieu was constructed by the gods themselves. Two accurate opinions if I do say so myself. We might have to build DJ a statue right now. 3 more hits today. Average up to .345. Dude just makes hitting the baseball look effortless.

Even better news on top of the London Decimation? Luke Voit seems to be perfectly fine. He was in the dugout earlier with batting gloves on. He took BP and appears to have avoided disaster. Thank God.

P.S. That ESPN broadcast was BRUTAL.