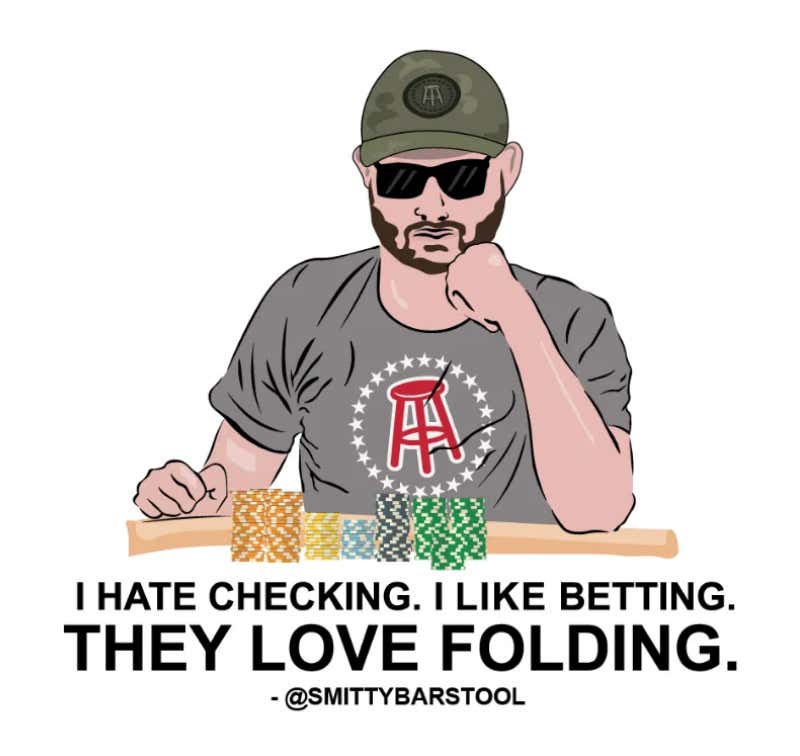 And here we are. 238 out of 1254 on Day 1a with the chip leader chillin’ at a cool 724,400 chips. Day 1b (today) will probably get at least 1500 more participants and then we’ll all battle it out together on Day 2 tomorrow. The entire thing will probably take about 5 full days of poker to complete. Look, I know that first place is going to be well over a million straight cash homies and it’s tough not to think about the glory of victory, but I’m not going to count any chickens before they hatch. Not even close. It would be a cocky, useless, idiotic move to give out updates whenever I win a pot every 10 min and make people believe I won the goddamn tournament on the first freaking day. I’m not trying to fool anyone here. This is a GRIND of a tournament in which the winner will have to capture over 500 MILLION chips. I’ve got 151K. We’ve got a long way to go, but hey, it’s a helluva start. Personally, it’s my best Day 1 ever at the WSOP. The last two main events went about the same for me – Day 1s ended with 90K and 76K, and Day 2s ended with, well, a busto late in the day and 77K, followed by an early bust in Day 3. I’m obviously in a much better position tomorrow but I know I need to improve on my Day 2 stackage and/or sackage. So we shall see. I played some damn good cards yesterday and ran fairly good. Give me a little luck, and who knows? Blinds are at 1K-2K with a 2K BB ante, so gotta love always being around 75 BB’s. We’ll be updating on Twitter and the ol’ ‘gram from here on out. Let’s cook.

PS – I’m staying clear of all this hubbub and drama on Twitter. That’s between CBS and whoever thinks they have a monopoly on the poker world at Barstool. I’ve got a tournament to win.