INSIDE EDITION – Not only does this model look great posing as a Marine, she’s also great at being one in real life.

The “World’s Hottest Marine” Shannon Ihrke has got it all — brains, brawn and beauty.

“I love modeling just like I love the Marine Corps,” the 30-year-old Minnesota native told InsideEdition.com.

First of all, I don’t know who gave her this title, but she’s dead wrong about being the world’s hottest marine. 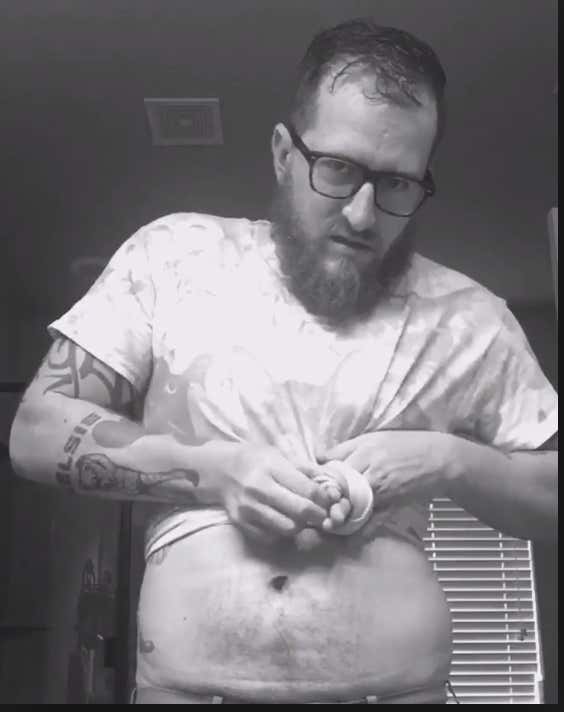 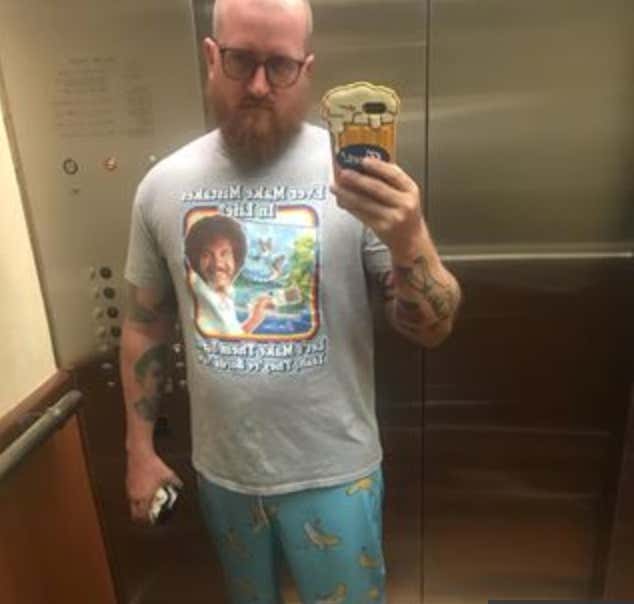 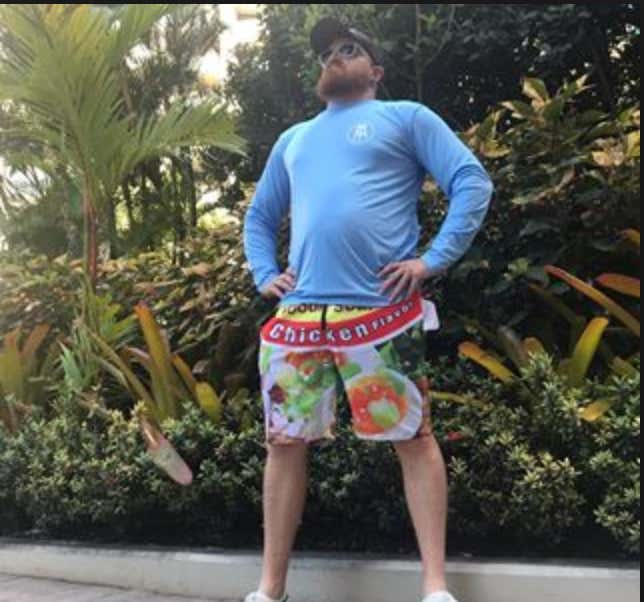 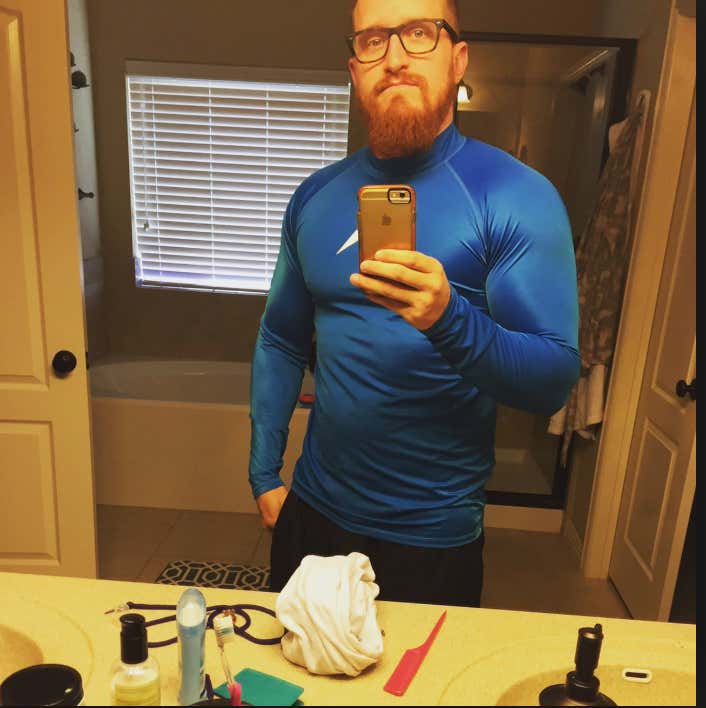 Titles aside, there’s no denying it: Shannon Ihrke is beautiful.  If she’s been in both worlds – the military and the modeling – and she says they’re both the same level of difficulty, then who am I to roll my eyes and tell her she’s wrong?

Ihrke said things worked drastically differently in the modeling world, and it took her a couple of reality checks to transition into civilian life.

Ihrke said she also had a hard time with her temper, noting that it would be perfectly acceptable to scream at someone who cut her in line while in the Marines, but as a civilian, “I can’t do that, I have to just chill.”

I guess it just came as more of a shock to me – my image of war, with bullets flying over your head, marching through the desert in 1000 degree heat with a 9000 pound backpack on, sand in every crevice of your body and the constant threat of death, always seemed scarier in my mind than lying on a rock formation on the shore of the beach holding pineapples over your chest and looking off into the distance.   Shows what I know.

I asked the only other marine+model I know to get confirmation: 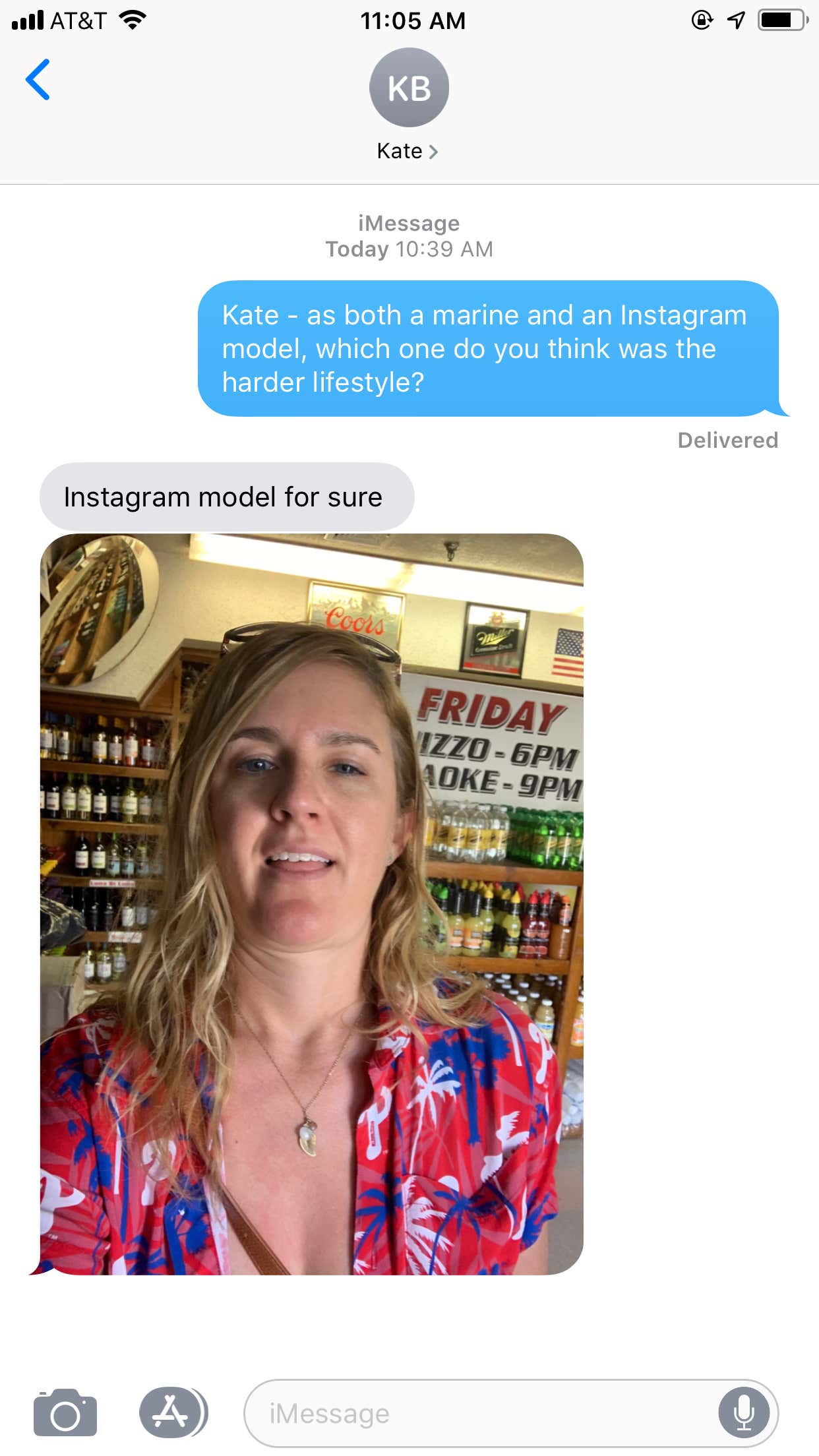 Seems like Shannon is the one that should be thanked for her service.

She thrived with the help of her female mentors and said her greatest accomplishment was proving to herself that she could do whatever she set her mind to.

“When you push yourself to the limit, you’re amazed at what your body can really go through,” she said.