I tweeted this out last night in haste. It was an instant reaction to the Giants doing the thing I prayed, I begged, I demanded them not to.

They actually did that. Mostly because they are one of the worst, if not the worst, run franchise in all of sports. They have less of a plan than the Knicks and that’s saying something. I don’t know what I did to deserve this but watching Mara and Dolan dick around and ruin franchises has not been fun.

But, then it got me thinking. I slept on it. I dreamt of it. Well, I had nightmares about it. I talked to anyone who would pretend to listen to me – my brother, my cousin, my friends, my dogs, my wife, my dad. Anyone.

This pick will go down worse than Ereck Flowers. That’s right. The same Ereck Flowers which was the previous worst pick that I can remember the Giants taking. You may remember him:

And here was his draft: 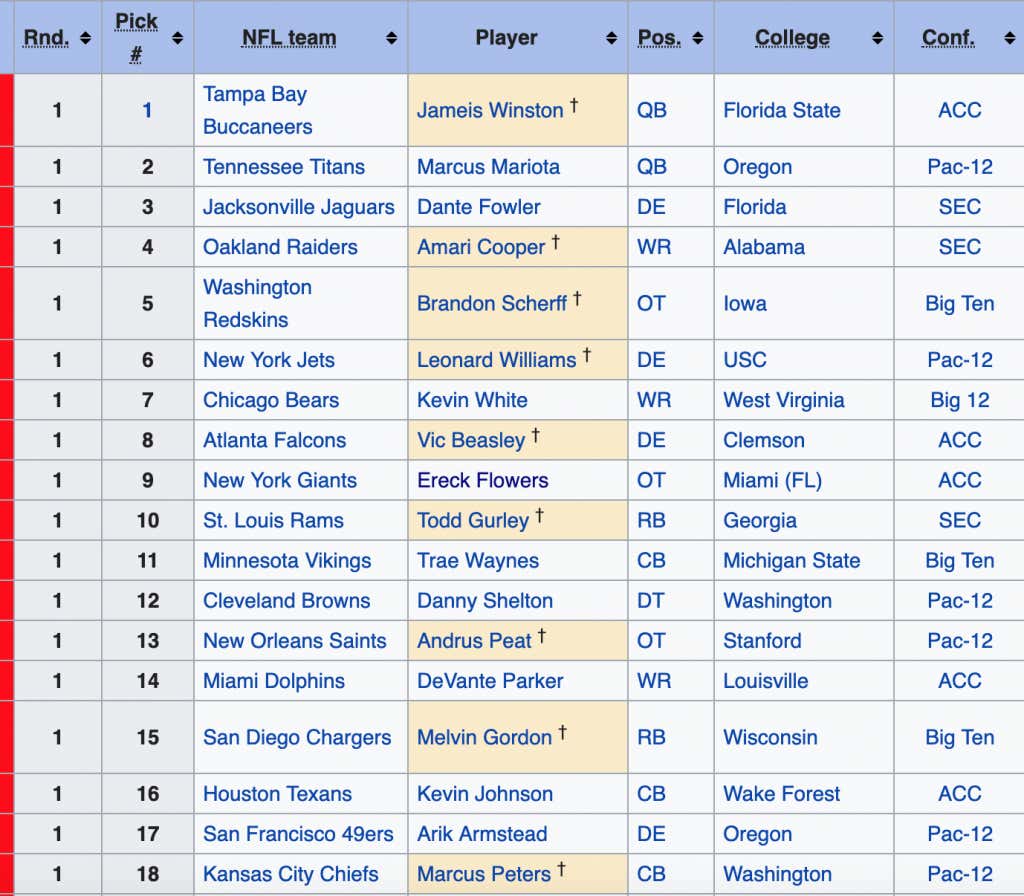 This is the key here. Yes, you can look at others right after him – most notably someone like Todd Gurley. Ereck Flowers was a reach but it’s not like the Giants were sitting there dying for someone else. Mostly it was a ‘why the hell are we taking this guy?’ reaction compared to a freak out over someone else. That’s especially true when Scherff went off the board. He’s the one guy I remember Giants fans really wanting.

Fast forward a few years. Ereck Flowers was one of the worst linemen in all of football. He was a major part as to the decline of Eli and the Giants over the last couple of years. The Giants had weapons while Eli was still an okay quarterback to get to the playoffs and compete. Then it all went to shit.

Then Eli, God I love him for those Super Bowls – one of my all time favorite athletes, has gone to shit, well really just gotten old. And only Tom Brady somehow stays good when he gets old. So now it was time to draft a quarterback.

Obviously I hope to be wrong here. But, I just don’t see it. Jones at No. 6 with Allen/Haskins sitting there is the biggest mistake the Giants could have made. Fuck this.

We’re on to Zion. Hell I’d rather have Zion on the Giants than Daniel Jones.