Yet another A+ video from Bill Buchanan as Endgame readies to break every movie record known to mankind now that the internet has helped normalize obsessions over nerdy things like comic books and everu single thing a 60-something radio host does. I feel like I say this every time a new Zaun video comes out, but I think this is my favorite one. From Mike being wrong as always about Dr. Strange giving Thanos the time stone and Spider-Man becoming an Avenger to him peacocking about personally knowing Dr. Strange like he knew Secretariat to Thor getting the Odell Beckham “He’s uh preemer donnah” treatment as he comically mispronounces Mjolnir is all perfect Mike, as is the absolute dream/nightmare scenario of two Mikes sharing a show. 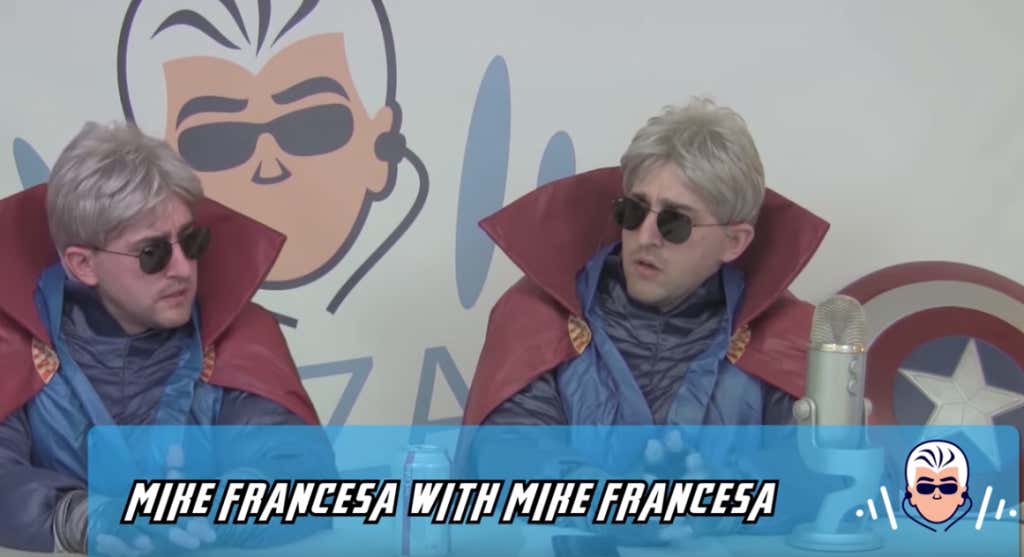 But as usual, the best parts of the videos are the subtle things like Mike mentioning to the Mink Man that he doesn’t feel so good. There is no way to actually prove this, but if Mike got snapped while surrounded by everyone he knows and loves, there is no doubt in my mind he would have told the Mink Man that he wasn’t feeling so good because that’s his dude. Yes Roe is his wife and he has three beautiful kids. But the essence of Mike is he is built on Resumes, Longevity, Ratings, Paychecks, and Mink Man. Then the dig at Michael Kay and the ratings wars despite nothing but dead air for a month was as true as it was sad. The amount of people that would turn on WFAN to hear Mike and just try to wait for his latest neverending spell of dead air would definitely out chart the competitors for at least a full calendar year.

Now if you need something to help burn the time before your showing of Avengers tonight, here are some of the other Mike Zaun videos to check out.