It’s never a good sign when you get the speed wobbles before your front wheels touch down. It’s also never a good sign when the board stops short (acorn?) and sends you flying thirty feet into your friend’s skull…but I digress. It’s tough to say who’s at fault here. If they were skiing it’d be the guy who was uphill, but skateboarders go by a different set of rules, brah. And the number one rule is don’t get in someone’s way because you may end up a vegetable. Exhibit A: 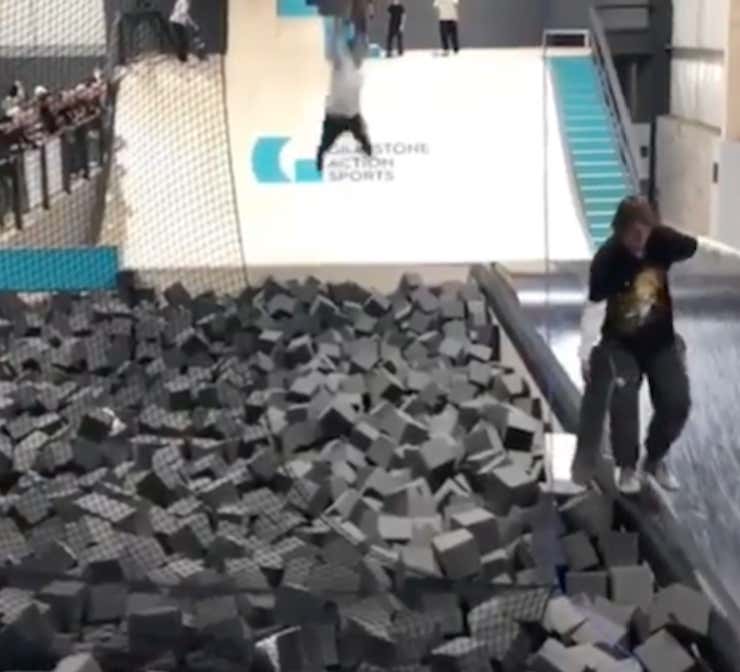 Poor kid was minding his own business and got folded like a wet paper towel. The fact that he was able to get up and walk around after that hit is shocking. 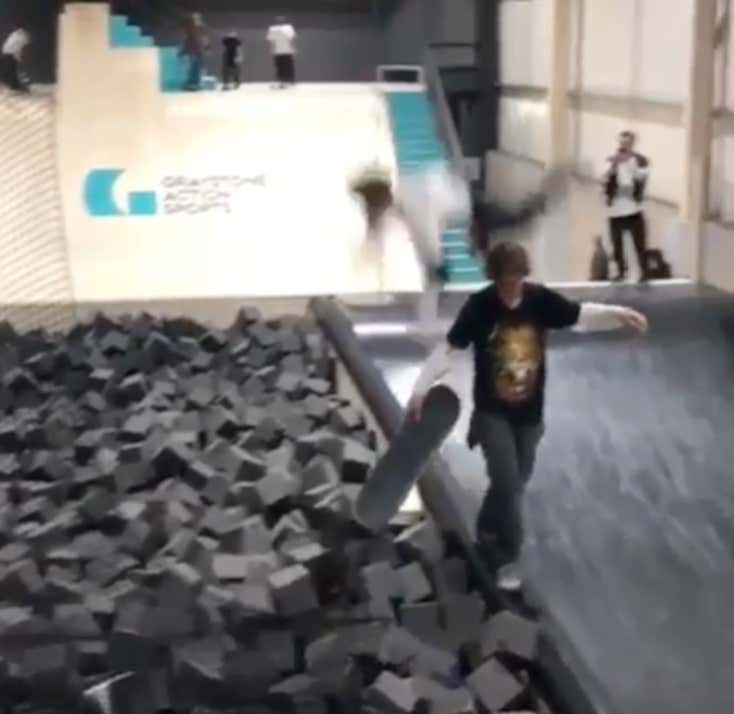 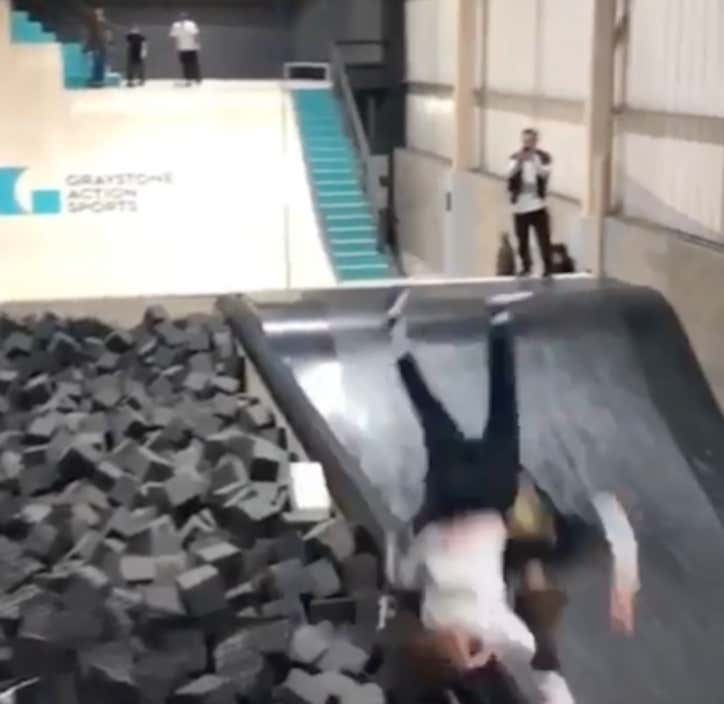 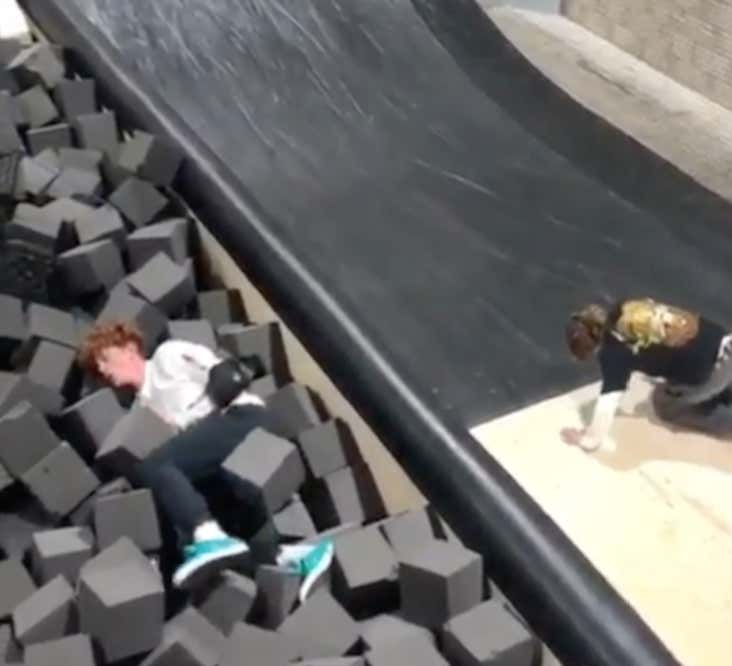 Same goes for the kid in the foam pit. I wouldn’t be surprised if they just buried him in there.

I always forget skateboarding is still a thing until I see a viral crash online. I used to be super into it back when Tony Hawk was big. I had all the games, all the merch, the boards- all of it. I even had a ramp set up at the end of the driveway that every. single. kid. in the neighborhood got hurt on at one point or another. My brother and I were so into it we forced my Dad to take us to ‘Skater Island’ in Cumberland, Rhode Island because it was featured in Tony Hawk Pro Skater 3. I was in fourth grade and Ryan was in sixth. When we got there we immediately tried to bail because we were scared, but my Dad wouldn’t let us until we attempted to drop in on vert ramp. Why? Because we “made the trip” so we had to do it. At the time it was terrifying, but looking back it was hilarious. Needless to say, I cried my way to the edge of the ramp and fell on my head, my brother did the same thing, then we left. We retired from skateboarding shortly thereafter.

Anyway, hopefully these guys don’t hang ‘em up after their crash like me and my brother did after ours. We need more sk8 content.